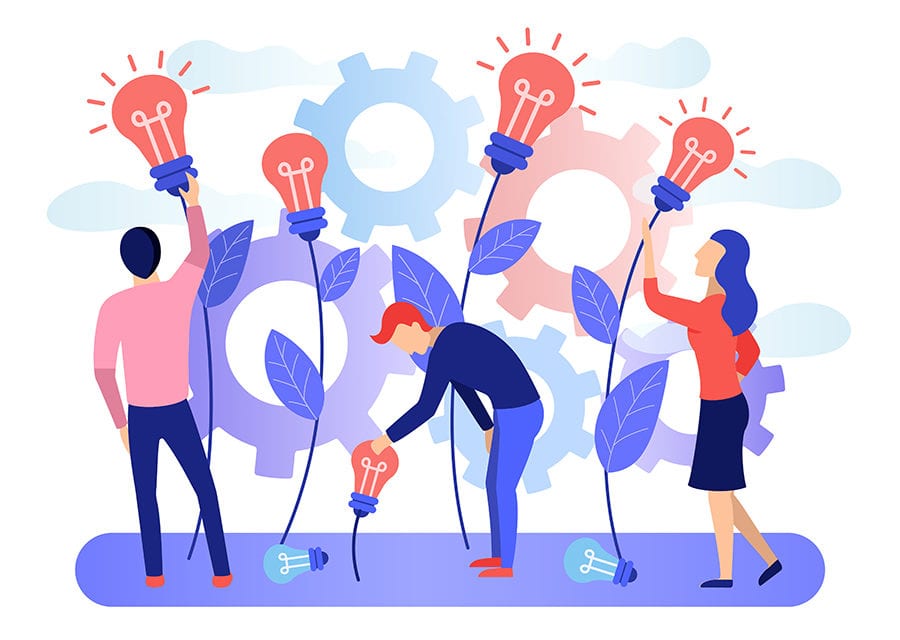 The central goal behind “The Knowledge Pledge” is to have people pledge their knowledge.

The new organization will curate teams of experts in different fields and connect them with critical social projects around the world to help scale their impact.

Among “TKP’s” first efforts will be in tandem with United Nations World Food Programme through its Innovation Accelerator.

Knowledge Pledge Co-Founder Alain Chetrit says “TKP will leverage both the network effect, connecting thousands of people together, as well as the multiplier effect, turning volunteer time into exponential value for beneficiary projects.”

Bernhard Kowatsch, head of the Accelerator, oversees a raft of projects including its zero hunger App that just won best in class awards from both Apple and Google.

‘ShareTheMeal’ allows smartphone users to donate meals with a simple tap on their phones — and it’s at 90 million meals and counting.

The Accelerator wants TKP to assist it in finding partnership guidance on how to convince brands to work with ShareTheMeal to reach the next ten million users and to create a compelling subscription product.

“Our innovations have the potential to disrupt global hunger, but we need more support to help them scale,” Kowatsch says.

“The Knowledge Pledge’s ability to bring in high-level mentors is an amazing resource solving a critical gap for a lot of social impact startups and innovative non-profits.”

The WFP Accelerator projects will put TKP directly behind the United Nations Zero Hunger Sustainable Development Goal, or SDG, the first of its initial focus areas — the others being health, education and climate action.

“We believe the world is at an inflection point in human history,” co-founder Abhijit Pawar says.

It was when Chetrit was in the front of the auditorium at the 2012 Global Leadership Conference of the Young Presidents Organization in Singapore when he turned around, looked back at the roughly 2,000 company leaders, and realized there was no mechanism in YPO to identify and honor the best of their social impact work.

YPO is comprised of nearly 30,000 company presidents and CEOs in 130 countries who were under 45 when they joined the organization and whose companies had reached certain revenue threshold levels.

Then on YPO’s Global Board, Chetrit, , who lives in the Washington, D.C. area, along with several colleagues, launched the YPO Global Impact initiative with the idea of highlighting extraordinary members and their efforts.

Pawar, was chosen for its first award for the transformational work of his ‘Tanishka’ initiative which took the organization’s working group forum concept and empowered thousands of women in his home state in India.

Early this year, Chetrit, Pawar and another YPOer, Pierce Dunn — contemplating the ramifications of the pandemic — decided they should take the concept further and create a new organization that would match experts in specific fields with scalable projects that could benefit from the experts’ volunteered time.

“We need more people to collaborate to bring their talents and capital to solving the world’s challenges,” says Dunn, who lives in Santa Barbra, California, up the coast from Los Angeles.

“TKP will inspire individuals and groups around the world to share their practical know-how and networks to develop and scale solutions.”

TKP will give signatory pledgers a simple and direct way to be matched with mission-driven causes. Signatories will volunteer their time to help projects of their choice.

TKP has started raising its first round of funding to follow the seed capital put in by the founders, telling donors that every $100 they supply will produce approximately $6,700 in volunteer consulting time for TKP’s partner projects.

It is building systems and networks to bring in and vet signatories, attract and analyze project applicants and then, with artificial intelligence tools, match the right people to the right action projects.

While The Knowledge Pledge was inspired by the Global Impact initiative inside YPO, TKP is being created outside the organization, but with the hope TKP will serve as a bridge to complement YPO’s reach beyond its community all over the world.

“This is especially true with the next generations that want to engage for social good,” Chetrit explains.

Vivien Cook, a YPO management lead for the Global Impact initiative who is helping TKP, puts it this way:

“Imagine proven leaders having a channel to collectively make the world a better place through pooling their experiences and insights? This is what The Knowledge Pledge can provide to YPO members.”

TKP was also inspired by The Giving Pledge,’ created by Warren Buffet and Bill and Melinda Gates to encourage wealthy people to give at least half of their net worth to charitable causes.

“With TKP, however, the pledge is to contribute knowledge and networks, not net worth,” Chetrit notes.

TKP intends to apply those assets to a global project aimed at elevating indigenous artisans who weave luxury textiles but earn a fraction of their value in the marketplace, resulting in a profound loss of culture.

Eli Ingraham, who is building TIE Global Artisans as a project of PYXERA Global, says the group “sees traditional textile artisans, their families, and their communities as agents of change in alleviating poverty.”

Ingraham says The Knowledge Pledge is “a singular opportunity to bring our vision and social impact to a higher level.”

TIE is keenly focused on improving the status of women in the textile sector, she points out, and on that note Dunn says there will be a concerted effort to embrace gender equity.

“TKP must lead by example,” Dunn says. “Global solutions require all talented and committed people to step up. If groups feel excluded and disheartened, they will not engage. The world needs everyone to be all in!”

Indeed, seven of TKP’s twelve founding team members are women as are several of its initial global advisors.

One global advisor is Elizabeth Funk, who with colleagues in California, is attacking homelessness by building movable ship container-sized houses placed on temporarily vacant land for about $25,000 each, a fraction of what governments spend for transitional housing.

What “Dignity Moves” needs the most, Funk says, “is warm introductions to governments within California and people with experience working with governments.”

Funk sees working with TKP as a way to help transplant the idea all over using the same core methodology the organization harnessed to create its toolbox solution set that includes applying business knowledge to a non-profit problem.

Stephen Ibaraki, another global advisor who started AI For Good, says artificial intelligence “will help TKP identify social impact projects, curate them to ensure they meet fundamental TKP requirements then match them to the experiences and orientation of TKP signatories.”

He says AI has advantages “since it can scale seamlessly, improves and learns with each interaction, and has unbounded abilities to see and match patterns within projects and signatories.”

Rob Follows, another global advisor and YPO member, who created Altruvest Charitable Services and its BoardMatch program, says he sees a great fit with TKP.

“Altruvest believes charities have their hearts in the right place, and can be augmented through matching business leaders and professionals onto the boards of charities that they care about, so that they can bring their time, treasure, and talent or knowledge to support the charity and its causes,” Follows says.

“Altruvest looks forward to expanding from a best practice in Canada to joining forces with TKP and its advisors globally to contributing Altruvest and BoardMatch to the rest of the world.”

And Dr. David Bray, the inaugural director of the Atlantic Council’s Geo-Tech Center, also a global advisor, tracks how data and new technologies “are changing societies around the world making it extremely important that we encourage more knowledge-based collaborations to work towards better futures together.”

In addition to its Global Advisors, TKP envisions having Knowledge Pledge Ambassadors in every country. They would give TKP on-the-ground local expertise and increased connectivity in finding signatories and projects, greatly amplifying the concept.

Quoting Pope Francis from his recent Op-Ed in The New York Times, Dunn believes “This is a moment to dream big, to rethink our priorities” and to be the “antibodies to the virus of indifference.”

Chetrit crystalized TKP’s central point when he told the ‘Beyond Capital’ podcast, “Knowledge, when you start sharing it, multiplies. The knowledge you’ve given is like a seed that someone else can water and grow.” 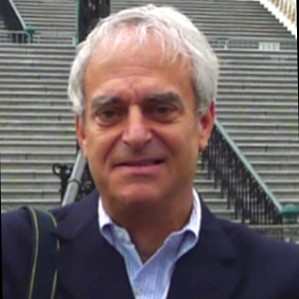 Leland Schwartz is the publisher of Fauquier Channel One. He has been an editor and publisher for more than 45 years, including a career at States News Service in Washington. 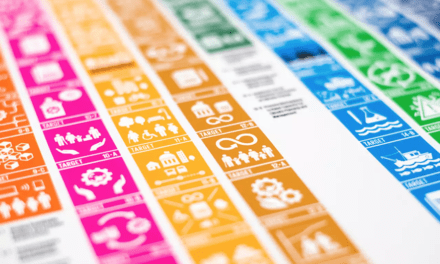 Corporate Reporting on The Global Goals Just Got Easier 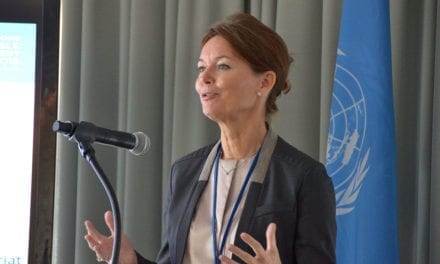