The African proverb “Umuntu ngumuntu ngabantu” can be translated to mean that to be human is to recognize the humanity of others. It’s from this proverb that the notion of Ubuntu is developed — a phrase commonly used in Southern Africa when appealing to people’s better halves when discussing problematic situations.

The spirit of Ubuntu is essentially to be humane and ensure that human dignity is always at the core of your actions, thoughts, and deeds when interacting with others. Having Ubuntu is showing care and concern for your neighbor. It’s lending a helping hand and displaying an understanding of the dignity with which human beings ought to be treated — for the simple reason that they are human. Ubuntu exists because human beings exist and seeks to provide a code of conduct for the co-existence of human beings. Archbishop Desmond Tutu expounds on this human connectedness in his definition of Ubuntu, where he defines Ubuntu as, “My humanity is caught up, is inextricably bound up, in what is yours.”

Each year, on 21 March, we celebrate Human Rights Day in South Africa, where we pause to remember the importance of protecting our rights as humans beings. As a conscious member of society, I can never forget the courage of the South Africans who arose in unison on 21 March 1960 in Sharpeville, outside Johannesburg, in an attempt to proclaim their rights. The Sharpeville Massacre that killed 69 people is central to this public holiday as it reminds us of the cost to enforce human rights. The rally in 1960 was an outcry and outburst against the inhumane treatment by the Apartheid regime. Understanding how humans ought to be treated becomes imperative in ensuring that such events never happen again. Ubuntu shows us a way of acting humanely toward each other and can be a pivotal guide for society as we celebrate and enforce as human rights.

The South African Bill of Rights, which is the second chapter of the Constitution of the Republic of South Africa of 1996, embeds the rights of all people in our country in an enduring affirmation of the democratic values of human dignity, equality, and freedom. The South African Bill of Rights states: “Everyone has inherent dignity and the right to have their dignity respected and protected.” What becomes apparent when one indeed observes the state of our nation, particularly the significant challenges we face as a country — such as rampant unemployment, inequality, and poverty — is that we owe it to ourselves and our children to restore the human dignity of our people.

I think that the social ills that we experience in our communities, such as crime, gender-based violence, HIV/AIDS and human trafficking, need to be countered with a positive response from civil society —guided by Ubuntu. If each of us in our capacities, whether we represent governments, corporations, or communities, acknowledge our human connectedness, we would think first before we speak or act harshly. It’s encouraging when I see evidence of Ubuntu in our country, in campaigns around social problems and the guarding against hate speech and racial prejudice. It shows that the spirit of Ubuntu is, to a degree, prevalent in our society and can be further encouraged.

In closing his tribute to former president Nelson Mandela and his family at Mandela’s memorial service in 2013, former U.S. President Barack Obama said, “There is a word in South Africa – Ubuntu – that describes his greatest gift: his recognition that we are all bound together in ways that can be invisible to the eye; that there is a oneness to humanity; that we achieve ourselves by sharing ourselves with others, and caring for those around us.” 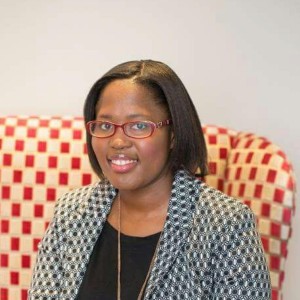 Bongiwe Beja is a Global Shaper of the World Economic Forum and the general manager of Silulo Ulutho Technologies in South Africa — a technology and educational social enterprise that impacts townships and rural communities across the country. She wants to help develop the continent by playing a significant role in unlocking value and growth through entrepreneurship and social impact.

So, You Have an Idea that Can Change the World — Now What?

What Is the Golden Rule of Entrepreneurship?

The Number One Ingredient to Living a Meaningful, Healthy Life

Is Your Leadership Resilient Enough to Survive the Next Disruption?

Spanish Farmers Fight Forest Fires With Agroforestry (and Many Sheep)

How to Get Comfortable With Continuous Change

How Governments Can Kick-off the Future of Fashion

What Jerry Seinfeld Taught Me About Employee Engagement