Once upon a time, Facebook, Apple, Amazon, Netflix, and Google were darlings in Congress and people’s hearts. They seemed to promise a dazzling new techno-future.

But that relationship has soured significantly, as Facebook and Google have become platforms for deception as much as enlightenment and commerce. Fear over Facebook grew in the 2016 election with the widespread effort by Russia to influence the United States election.

And so we now hear calls to regulate or even “break up” some of these famed technological giants.

The 21st-century ecology of social media represents a modern-day example of how, throughout the history of the U.S., the very “bigness” of big business has alternately been celebrated and vilified.

Before the Civil War, most U.S. businesses were small. But the rise of the railroad industry coupled with the demands of Civil War armies catapulted the country into its first era of big business. The Civil War trained a generation of leaders to manage vast numbers of people and large-scale, complex logistical operations. These leaders subsequently helped grow the railroad, steel, and coal industries, out of which behemoths such as Standard Oil emerged.

Often described as the quintessential “robber baron,” J. P. Morgan epitomized the early big business era. He helped create General Electric and International Harvester, acquired a controlling interest in half of the country’s railroad miles, and engineered the formation of the first billion-dollar company, U.S. Steel. At one point, he was a board member of 48 corporations.

Before long, however, the size and power of these large companies were called into question. Big business capitalist heroes became villains. In 1890, Congress passed the Sherman Antitrust Act. (“Trusts” were a legal device to combine companies across state lines when it was difficult to do so because of state laws.) With this act, the federal government took the first major legal step against monopolistic business practices.

In 1911, under the Sherman Act, the government brought an antitrust suit against Standard Oil, which had a 64 percent market share of the refined oil market. As a result, the Supreme Court ordered that Standard Oil be made small again — broken up into 34 new companies. Ironically, these new companies thrived, and the breakup proved immensely profitable for shareholder John D. Rockefeller, as the combined net worth of the companies increased fivefold.

The largest companies continued to be vilified during the Great Depression. But once again, war — specifically, World War II — made heroes of them since they were instrumental in building the airplanes, tanks, and other war machinery. This heralded a new post-war golden age of big business, with corporate giants such as General Motors, DuPont, and IBM.

But bigness seems to reach a point when its very bigness stifles the creativity and progress of an industry. This happened to AT&T, deemed too large and powerful in the late 20th century. So in 1984, as the culmination of an antitrust lawsuit filed ten years earlier, AT&T was broken up into several independent companies known as Baby Bells. New, specialized long-distance carriers such as Sprint and MCI emerged in the breakup’s aftermath. The ensuing surge of competition collapsed long-distance telecommunications costs, which dropped from 25 cents a minute in the 1970s to 5 cents a minute in the 1990s.

The imminent revolution in computers and telecommunications would have been far more difficult without the breakup of AT&T. The sheer dominance of AT&T — a function of its size — would have smothered efforts at communication innovation.

The Airline Deregulation Act of 1978 shattered the industry oligopoly that earlier regulations had protected. As a result, airfares plummeted, and airline passenger miles grew from 297 million in 1980 to 466 million in 1990, to 607 million in 2007. Pan Am, Eastern Air Lines, and Braniff International found they could not compete without protective regulations and subsequently failed. At the same time, deregulation seeded new low-cost carriers, such as Southwest Airlines, Peoples Express, and, eventually, Spirit Airlines.

Today the technology giants are facing the same criticisms as their business ancestors, such as U.S. Steel and AT&T, and it’s tempting to conclude that the sheer bigness of big business inherently creates a problem. But history reveals a more complex story. For a public cause such as mobilizing to win a war, a business Goliath wins the day. But for seeding innovation and creativity, a business David can often bring the advantage. And the level and role of regulation in limiting power and protecting consumers is part of this story.

Whatever may happen with technology companies today, it will extend a long historical tug of war between the celebration and vilification of big business. 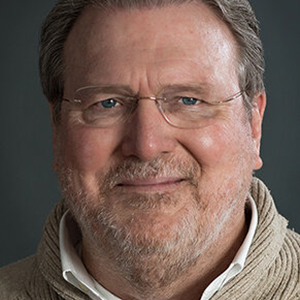 Richard Vague serves as Pennsylvania Banking and Securities Secretary. Prior to his 2020 appointment, he was managing partner of Gabriel Investments and chair of The Governor’s Woods Foundation, a nonprofit philanthropic organization. Previously, he was co-founder, chairman and CEO of Energy Plus, an electricity and natural gas company. Vague was also co-founder and CEO of two banks and founder of the economic data service Tychos. His new book is "An Illustrated Business History of the United States."