The Art of a Successful Life 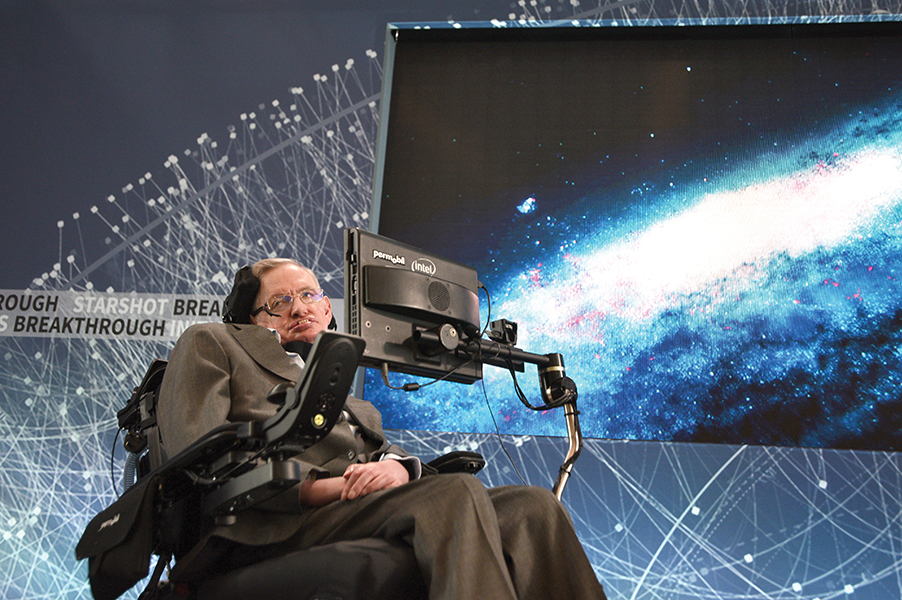 How often do you take the time to think about yourself — your desires, hopes, and goals — in the context of the wisdom of the ages? Here’s leadership advice and insight from 9 people who did exactly that — and became wildly successful.

“No matter what you do in life, selling is part of it. People can be great poets, great writers, geniuses in the lab. But you can do the finest work and if people don’t know, you have nothing! In politics it’s the same: No matter whether you’re working on environmental policy or education or economic growth, the most important thing is to make people aware.” — Arnold Schwarzenegger

Back when Schwarzenegger was just starting out, he stood at a heavily frequented plaza in Munich in his bodybuilding briefs and asked a friend to call a few journalists and say: “You remember Schwarzenegger, who won the stone-lifting contest? Well, now he’s Mr. Universe, and he’s at Stachus square in his underwear.” A couple of editors thought that was funny enough to send photographers. The next day, he was in all of the newspapers. Schwarzenegger went on to become one of the most famous people in the world. Wherever you go, people know his name, know who he is. Above all, he owes his unique career — as a bodybuilder, movie star, politician and entrepreneur — to his sales talent. After he first became successful, lots of bodybuilders tried to follow in his footsteps. Some of them even had more muscles than he did, but none of them were as good at selling themselves. That’s why you don’t know their names — but you know Schwarzenegger.

Some people think it’s enough to be good at what they do, because quality is bound to rise to the top eventually. That is simply naive. If it were the case, Mercedes could have stopped all of its advertising and PR decades ago. Warren Buffett is a brilliant investor, but he knows how important it is to sell his performance. That’s why every year in Omaha, he and his partner Charlie Munger turn his company’s annual general meeting into a huge show — a kind of capitalist Woodstock. Then there’s Madonna, who all experts agree is only an averagely gifted singer. How was it that she became the best-paid singer in the world for so many years, earning hundreds of millions of dollars? Because she understood better than her rivals how best to sell herself and build a brand. The British billionaire entrepreneur Richard Branson confesses: “I have spent so much of my life being happy about promoting myself and Virgin. Advertising, publicity, promotion — call it what you will — works. There is so much competition in the world that if you have something to sell, no matter what, you have to get it noticed.”

“Money is the key to freedom.” — Coco Chanel

Do you despise money? Do you associate it with negative concepts such as egotism, materialism, and greed? Or do you associate it with positive concepts such as energy and freedom? The successful fashion designer Coco Chanel said: “Money that is earned is merely material proof that we were right.” She considered money a key to freedom and a symbol of independence. What does money mean to you? If you don’t have any, maybe it’s because you mentally reject money? If you don’t like money, money won’t like you either.

“If you only regret the fact you failed, but not the reasons for it, you’ll always be in a state of regret.” — Jack Ma

It is often said that experience makes one wise. This isn’t true; if it were, then most people would be a lot smarter than they actually are. Experience only makes you wise when you analyze it correctly and draw the right conclusions from it. This includes, above all — as Alibaba founder Jack Ma says — understanding the causes of failures and setbacks. Anyone who doesn’t understand these causes will continue to make the same mistakes. “Mistakes have to be made today in order to grow and run better tomorrow,” Ma says. “Just don’t keep making the same mistake.”

“Disabled people should concentrate on things that their handicap doesn’t prevent them from doing and not regret those they can’t do. In my case, I have managed to do most things I wanted.” — Stephen Hawking

Stephen Hawking suffered from amyotrophic lateral sclerosis, a disease of the motor nervous system. Doctors predicted that he would live for only a few years. Not only was he confined to a wheelchair, he also lost his ability to speak and had to use a speech computer to communicate verbally. Despite everything, he became perhaps the most famous scientist in the world, was married twice, traveled the world, met leading scientists and politicians, and wrote international bestsellers. The key to all this was his inner attitude. Above all, he saw the positive sides to his disability. In his autobiography, he wrote that because of his disability, he did not have to give lectures or teach first-year students and did not have to participate in tedious and time-consuming committee meetings, but could devote himself fully to his research. How much can you achieve if you succeed in taking the same attitude to problems and difficulties?

“Despite things we’ve been told like, ‘talent wins out,’ the reality is more that ‘visibility wins out.’ Talent and ability are important, but visibility alone may explain the difference between a professional who is in demand and earns a large salary and another professional who is just getting by. The truth is that people who have a reputation outside the company’s walls have more value.” — Catherine Kaputa

People who are no good at self-marketing think it unfair that they earn less and don’t get considered for promotions. They probably also say they are no good at putting themselves center stage and are always ready with examples of grandstanders who are not particularly competent but are good at promoting themselves. In fact, performance is always the basis for success in the long run. Braggarts may sometimes be successful for a while, but not in the long run, because other people realize at some point that appearances are deceptive. In truth, people who are not able to showcase their achievements in the right light and make themselves a brand are lacking a key skill in getting ahead in professional life. As long as you don’t change your attitude on this issue and refuse to develop strategies to increase your visibility, you will have to live with others passing you by.

“So many doors slammed on me that I had to develop a thick skin and a concise sales pitch for a then newfangled machine called a word processor … I sold a lot of machines and outperformed many of my peers. As I proved myself, my confidence grew. Selling, I discovered, had a lot to do with self-esteem.” — Howard Schultz

Howard Schultz came from a working-class background and worked his way to the top. He started as a door-to-door salesman, a job that forced him to develop self-esteem and a high tolerance for frustration, essential prerequisites for his overwhelming success as an entrepreneur later on. A thick skin and confidence — these are the two single most important qualities a good salesperson needs. The first lesson any salesperson has to learn is how to cope with rejection. Never give up, no matter how often you hear the word “no.” To be good at selling, you have to be the sort of person who enjoys transforming a prospective customer’s “no” into a “yes” rather than accepting it as a final answer. And don’t get frustrated if your offers are rejected more often than they are accepted. Your tolerance for frustration is a decisive factor in how much you will earn in sales. Confidence and self-esteem are also important because in the end you’re not just selling a product, you’re selling yourself. If you don’t believe in yourself, you’ll have trouble convincing others to believe in you.

“The one who tells the stories rules the world.”

Have you ever noticed that politicians and entrepreneurs who are great speakers are usually also great storytellers? The same applies to good salespeople, who can always tell good stories to their customers. When a company offers its shares for sale to the public for the first time, investors expect the company to have a good story to tell. Pupils and students prefer to listen to teachers or professors who succeed in packing information into good stories. And whole nations form an identity based on the dominant narrative of their history. Why is this the case? Because most people find it much easier to memorize stories than abstract theories. A vast majority of us don’t think in theories; we prefer to think in stories. If you want to convince other people, then you’ll need to package your message in a good narrative.

“Who is wise? One who learns from all.”

There are many different people who have something to teach you. Watch other people — the successful ones and the ones who fail. You can learn from both kinds by figuring out the reasons why the first group are successful, and the latter fail. You can learn even from those you consider yourself superior to in one regard, for example intellectually. They might in fact be streaks ahead of you in other ways. Constantly trying to lecture those around you will make you far less successful than being keen to learn something from everybody you meet.

“I always tell prospective clients about the chinks in our armor. I have noticed that when an antique dealer draws my attention to flaws in a piece of furniture, he wins my confidence.” — David Ogilvy

How can you gain other people’s trust? If you try to hide your mistakes and weaknesses, you’ll find it hard to get others to trust you. We live in an age of skepticism. People are less likely than ever to trust those who promise them the moon. If you tell your customers about any faults in the products or services you’re offering them, they’re far more likely to give credence to the promises you make about their advantages and benefits. Every time you disclose a weakness of your own accord, you’re making a deposit in your trust account. 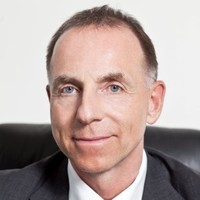 Dr. Rainer Zitelmann is a historian and sociologist, a world-renowned author, businessman and real estate investor. His most recent book is "Dare to be Different and Grow Rich: Secrets of self-made people who became rich and successful." 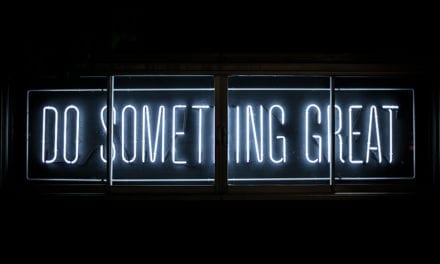 Leading During a Crisis: How to Maintain Your Best Self

Are You Your Biggest Problem? 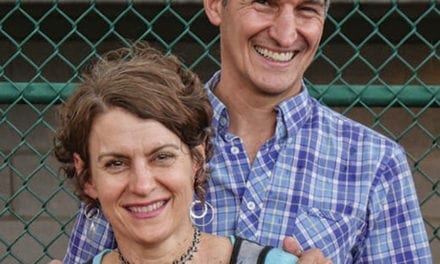 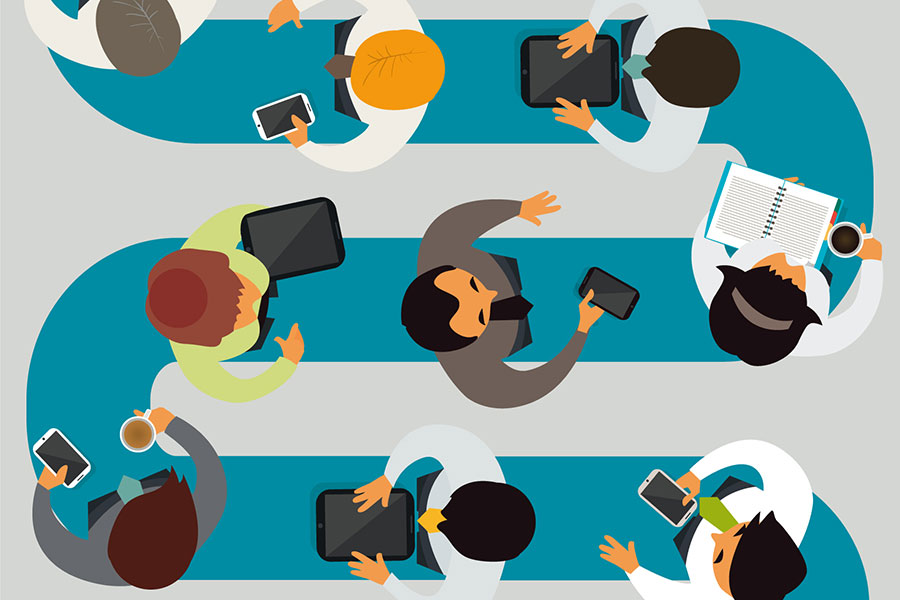 The 36-point Checklist For Being A Real Chief