Meet Moringa, The Most Nutrient-dense Plant on The Planet

Meet Kuli Kuli, an Oakland-based startup that is showing how business can create social change by combating malnutrition in developing countries, and America too.

Have you ever heard of Moringa before? This miracle tree is the most nutrient-dense food on the planet, beating kale, spinach, and even spirulina for health benefits. Moringa is packed with vitamins A, C and E, and is high in calcium, which promotes bone health and prevents heart disease. Moringa is also an excellent source of potassium, which reduces anxiety and stress.

Moringa is also the second fastest growing plant in the world, growing an astounding two inches a day. A single tree matures fast enough to feed an entire family within one year. Unlike other superfood greens, the moringa tree continues to deliver long after the first harvest. It has the potential to combat malnutrition for extended periods.

Kuli Kuli’s founder, Lisa Curtis, got her first taste of moringa as a Peace Corps volunteer in a small village in Niger. As a vegetarian, she was eating mostly rice and millet — a diet that left her feeling sluggish. When she mentioned her fatigue to women at the community health center, they suggested she try moringa. After buying the leaves from a neighbor’s tree, she mixed them with a popular peanut snack, called kuli-kuli, and noticed her health improve.

“It’s common knowledge that when you invest in a woman, you invest in a community. As a social enterprise, we need to be successful because we’ve seen so many failed aid and government projects, so we keep that in mind when working with our producers. We don’t want to overpromise and underdeliver.” Valerie Popelka, Kuli Kuli, Inc.

After returning to the U.S. in 2011, Lisa launched Kuli Kuli through an Indiegogo crowdfunding campaign with co-founders Valerie Popelka, Jordan Moncharmont, and Anne Tsuei that raised $53,000. Before the funding drive, the group had been selling moringa bars in farmers markets around the Bay Area to test out their product. In 2013, they were approached by Whole Foods and began regional distribution in Northern California, achieving sales of $500,000. Last year, the company made more than $1 million in sales and are on track to double this amount by 2018.

Now with nine full-time employees and a board of advisors from large corporations such as Numi Organic Tea, Guyaki and Stonyfield Organics, Kuli Kuli’s mission is to improve nutrition and livelihoods worldwide. They work with small coops in Africa and Central America and embrace the validity of third-party certification systems to prove their commitment.

“We are continuing to grow our moringa supply chain by providing fair, sustainable wages to farmers and women-led coops around the world,” explains Valerie Popelka, COO. “We’ve always wanted to become Fair Trade certified because that conveys our vision of social impact. We can say and show whatever we want on our website to sell our product, but consumers want a verified third-party endorsement because they can become skeptical. With Fair Trade, we have an independent auditor that confirms we’re doing what we say we’re doing.

In 2015 Kuli Kuli proposed an initiative with Whole Foods Market, the Clinton Foundation’s Haiti Program, and the Smallholder Farmers Alliance to plant hundreds of moringa trees in Haiti. As part of this initiative, Kuli Kuli launched a second crowdfunding campaign that raised $100,000. This ambitious new project will help reforest Haiti with drought-tolerant moringa trees while providing Haitian smallholder farmers access to a growing market for moringa leaf powder.

“We want to become an example to other social enterprises and our producers,” says Osama Shahzad, Associate Operations Manager. “We keep seeing the same recurring problems when we deal with scaling the operation and with food safety. We want to teach producers to tackle those problems and not become overwhelmed by recall actions.”

The group describes their commitments to social change and ‘desire to change the world’ on a personal level as the main reason for their success. If they’re anything like the fast-growing tree on which their company is based, Kuli Kuli will undoubtedly achieve that vision. 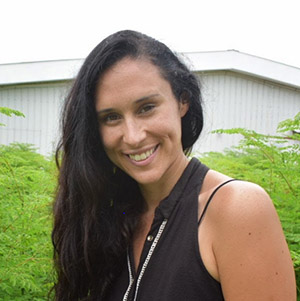 Celina Lima is a master’s student at the Middlebury Institute of International studies at Monterey, California. She has owned her own business, been a freelance translator and business consultant in Europe and South America, and has lived abroad in Brazil and Berlin. She is passionate about social change and impact accounting and works with ethical supply chains to improve conditions and wages for farmers.