How to Win Like China. Are you Prepared for an Intelligent World?

What China can teach us about artificial intelligence and how humans can get a grip.

Artificial intelligence is poised to fundamentally change how we live and work. Whether it will be salvation or curse will depend on the extent to which we get to grips with it now. It is the dawn of a new age, when everything from climate change and the state of our cities to our personal health and wellbeing will experience dramatic improvements at a speed and scale beyond anything achieved to date. It’s a looming apocalypse, morphing beyond all human control, that could wipe out civilization as we know it within our lifetimes. It’s humanity’s redundancy notice, poised to wipe out vast numbers of jobs. It will generate vast numbers of new jobs and business opportunities, while freeing people from the drudgery of hazardous or boring work. Depending who you talk to, “it” could be all of these things, or at least toned down versions of them.

We are talking, of course, about artificial intelligence: the rapidly growing ability of computers to imitate, and improve upon, many of the core functions of the human brain. To paraphrase Apple: “This changes everything.” Luckily, we’re at the stage of the journey where we can still, to a large extent, choose the route we take, and shape its destination. Here’s what some business leaders think about the looming AI revolution.

With a $14 trillion GDP, China is predicted to account for over 35% of global economic growth from 2017 to 2019 – nearly double the U.S. GDP’s predicted 18%. And AI is responsible for a big chunk of that. PricewaterhouseCoopers recently projected AI’s deployment will add $15.7 trillion to the global GDP by 2030, with China taking home $7 trillion of that total, dwarfing North America’s $3.7 trillion in gains.

In 2017, China accounted for 48% of the world’s total AI startup funding, compared to America’s 38%. Already, Chinese investments in AI, chips and electric vehicles have reached an estimated $300 billion. Meanwhile, AI giant Alibaba has unveiled plans to invest $15 billion in international research labs from the U.S. to Israel, with others following suit. Beijing has now mobilized local government officials around AI entrepreneurship and research, led by billions in guiding funds and VC investments. And behind the scenes, a growing force of driven AI entrepreneurs trains cutting-edge algorithms on some of the largest datasets available to date.

Once disregarded as a market of ‘copycats’ looking to Silicon Valley for inspiration and know-how, China’s AI ecosystem has long departed this stage. Propelled by an abundance of government funds, smart infrastructure overhauls, leading AI research, and some of the world’s most driven entrepreneurs, China’s AI ecosystem is unstoppable.

HOW TO WIN LIKE CHINA. THE FOUR MAIN DRIVERS TIPPING THE AI BALANCE IN CHINA’S FAVOR:

1. ABUNDANT DATA
Perhaps China’s biggest advantage is the sheer quantity of its data. Tencent’s WeChat platform alone has over 889 million daily active users. That’s more than the entire population of Europe. American users’ payment and transportation data are fragmented across various platforms, Chinese AI giants like Tencent have created unified online ecosystems that concentrate all your data in one place. Platforms like WeChat Wallet and Alipay have data on everything from your dumplings purchase from a street vendor to your recent 100 RMB donation to an earthquake relief fund. This allows them to generate complex maps charting hundreds of millions of users’ every move.

2. HUNGRY ENTREPRENEURS
While China’s ‘copycat’ era saw a massive wave of mediocre-quality products and unoriginal mimicry, it also forged some of the most competitive, rapidly iterating entrepreneurs in the world. Refined by fire, Chinese tech entrepreneurs have stopped at nothing to beat the competition, pulling every trick and tactic to smear, outpace and outsmart parallel startups. Former founder-director of Google Brain, Andrew Ng, noted the hunger raving among Chinese entrepreneurs: “The velocity of work is much faster in China than in most of Silicon Valley. When you spot a business opportunity in China, the window of time you have to respond is very short.”

3. GROWING EXPERTISE
It’s important to note that China is still new to the game. But in a few short years, China’s AI community has caught up fast. While the world’s most elite AI researchers still largely cluster in the U.S., favoring companies like Google, Chinese tech giants are quickly closing the gap. Already in academia, Chinese AI researchers stand shoulder-to-shoulder with their American contemporaries. We’ve also seen increased collaboration between China’s top tech firms and emerging student talent. Voice recognition software company iFlyTek has not only outcompeted teams from Alphabet’s DeepMind, Facebook and IBM Watson in natural-language processing, but has done so in its “second language” of English.

4. GOVERNMENT FUNDING
Perhaps the greatest unifying force behind China’s skyrocketing AI industry is the country’s very own central government. In 2017, China’s government issued its plan to make China the global center of AI innovation, aiming for a one trillion RMB (about $150 billion) AI industry by 2030. Within a year, Chinese VC investors were pouring record sums into AI startups, surpassing the U.S. to make up 48% of AI venture funding globally. Mayors across the country have built out innovation zones, incubators and government-backed VC funds, even covering rent and clearing out avenues for AI startups and accelerators. Beijing plans to invest $2 billion in an AI development park to drive R&D, patents and societal innovation. 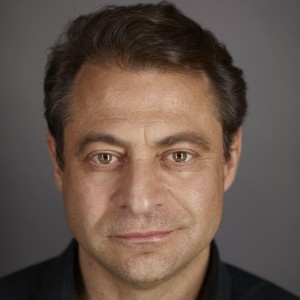 Dr. Peter H. Diamandis is an international pioneer in the fields of innovation, incentive competitions and commercial space. In 2014 he was named one of “The World’s 50 Greatest Leaders” – by Fortune Magazine. He is Chairman and CEO of the X PRIZE Foundation, best known for its $10 million Ansari X PRIZE for private spaceflight. Today the X PRIZE leads the world in designing and operating large-scale global competitions to solve market failures.

Will You be LinkedIn or LinkedOut?

How to Strengthen Your Market Through Social Impact

The Biggest Communication Mistakes I’ve Ever Seen. And How You Can Solve Them

This is What 30,000 People Per Square Mile Looks Like

So, What Exactly is a Real Leader?

“How Has Your Manager Made You Better This Year?”

How to Finally Solve Employee Engagement