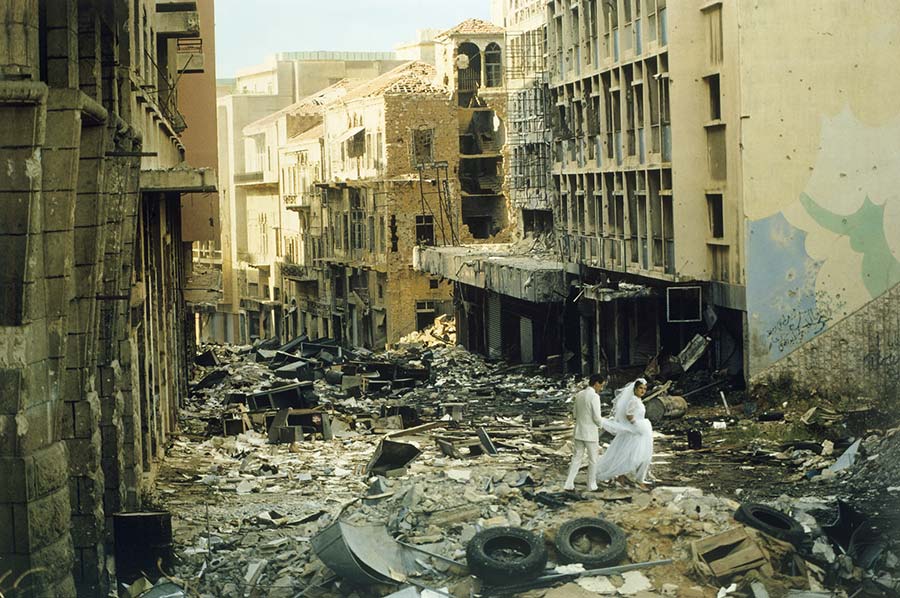 It’s important to realize that a memorable photograph doesn’t happen by itself. Firstly, a photographer chooses to press a button at the right moment. Then, an editor decides whether to publish it or not.

My hope as a curator, is that after presenting certain images to an audience they decide not to be bystanders anymore, but begin to participate actively in the world around them, promoting positive change. It’s a chain reaction that can start with a single, powerful image. A photograph makes you think, and since we can visualize what took place, we believe it to be true. The “truthfulness” a photograph represents is its strongest weapon.

The caption to the photograph above is one such example: Twenty-three year-old Abed (Muslim groom) and 19 year-old Arige (Christian bride) walk through the bombed ruins of Beirut, Lebanon, 1983.

Many people shy away from graphic, violent imagery as it makes them uncomfortable. Yet, while we should never force anyone to view anything against their will, the truth must be told. Today, more than ever, we are subjected to sensational and violent images every day, in a mistaken belief by the media that “this is what the audience wants.” It can leave us feeling disengaged and helpless, rather than informed and empowered.

Making Peace was first produced by the International Peace Bureau (IPB), the world’s largest and oldest peace federation to mark their Nobel Peace Prize centenary in 2010. Since then, this outdoor exhibition has traveled to nine major cities and been seen by millions of ordinary people. It presents 124 photos, from an initial research of more than  10,000, that covers a century of photography – from 1914 to the present. The exhibition brings together the work of 111 photographers of all nationalities and the photographs on the following pages are a small sample of their work.

I like to call it the “Beginners guide to peace” as it allows the general public, and especially the youth, to understand better the five elements that are crucial to forming peace. These are: disarmament and nonviolence, conflict prevention and resolution, economic and social justice, human rights, law and democracy, and the environment and sustainable development.

While you may wonder how a photograph can achieve all this, remember that many images have become iconic symbols of their time. The problem with these historic images – such as the photo of a napalmed Vietnamese girl or the raising of a flag over Iwo Jima – is that viewed on their own they tend to reinforce people’s belief that human history is only about conflict. Images have the power to elicit strong emotions and it’s important to present a different story to our children: using images that inspire and reaffirm our belief in humanity. This is the aim of Making Peace.

As the last panel in the exhibition depicts (a full-sized mirror), making peace is really up to you. 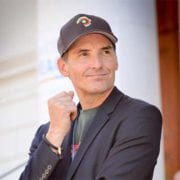 Ashley is curator of the Nobel Museum in Stockholm, Sweden and curator of Making Peace, a yearly photographic exhibition that raises awareness around peace. He is a regular attendee of the World Summit of Noble Peace Laureates and an honorary consultant to the International Peace Bureau in Geneva. 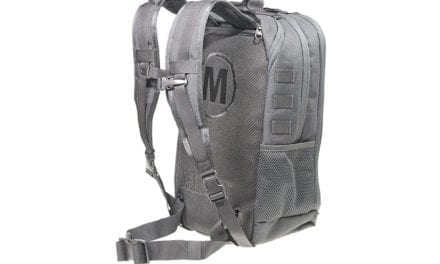 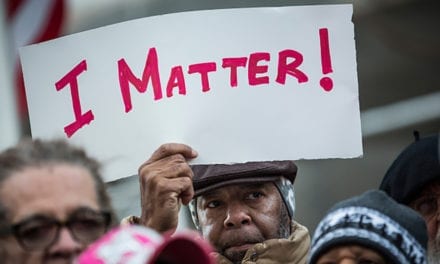