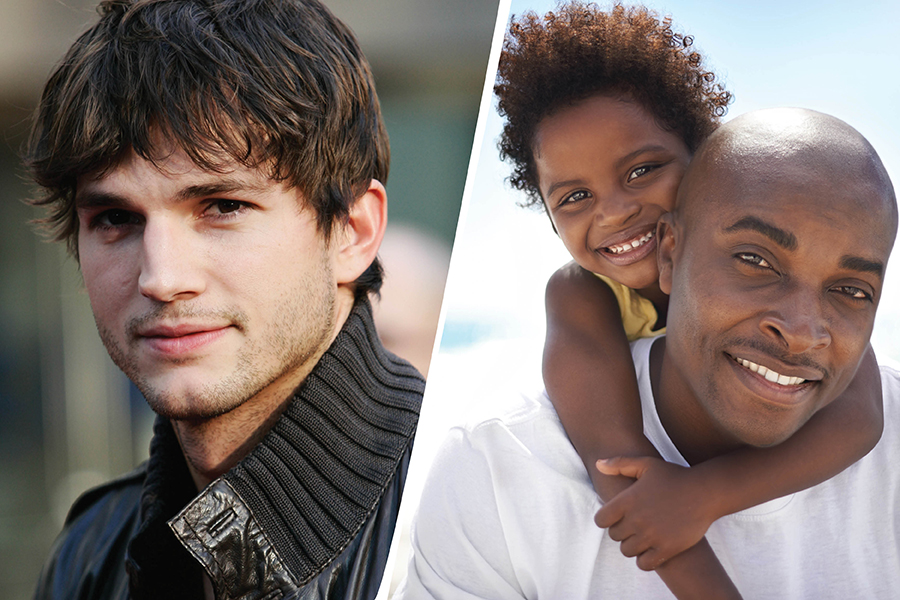 Each year, the Skoll Awards for Social Entrepreneurship recognize organizations that disrupt the status quo and drive sustainable large-scale change. “These brave entrepreneurs are on the frontlines of solving the world’s most pressing problems,” says Skoll. “Each social entrepreneur may have a distinct approach, but they all share a relentless pursuit of impact and the desire to create a more just world.”

The Internet has proven fertile ground for exploitation. Reported child sexual abuse content in the United States alone has grown seven-fold since 2011, according to the National Sex Offender Public Registry. In the dark corners of the web, online marketplaces cultivate dedicated communities that normalize abuse, create demand for new abuse, and groom new abusers. Law enforcement lacks capacity and up-to-date tools to identify perpetrators and victims, and many of the tech companies built on user-generated content have failed to root out abuse on their platforms.

CEO Julie Cordua (pictured above), has helped grow the organization from inception in 2012, using her marketing background from (RED), where she helped establish the brand as one of the most successful cause marketing initiatives in history, delivering more than $160 million to fight HIV/AIDS across Africa. Thorn cofounders Ashton Kutcher and Demi Moore had learned about the issue of child sex trafficking from a documentary highlighting what was happening to children in Cambodia. They describe it as a moment where you learn something about the world that you can’t unknow. As they learned more, they realized that it was as prolific a problem in the United States as it is abroad. They work to speed up the identification of children featured in sexually abusive material, with law enforcement in every U.S. state, and with more than 30 countries that now use their tools.

The drug supply chain in Africa is broken. Pharmacies struggle to keep life-saving and life-sustaining medicines in stock. Often patients are forced to pay prices —padded by middlemen — three times what they would in a Western country for the same drugs. Meanwhile, non-communicable diseases like cancer, diabetes, and hypertension — which generally require daily medications at the time of diagnosis—are becoming the biggest burden on African healthcare systems. While disease rates rise, drugs fail to get into the hands of those who need them most.

Gregory Rockson cofounded mPharma, which formed partnerships with major drug manufacturers — including Novartis, Bayer, and Pfizer — and now manages a network of providers throughout Ghana, Nigeria, Zambia, and Zimbabwe. Many pharmacies in its network, such as the Red Cross in Zimbabwe, have managed to eliminate stockouts. The company also works with clinics to conduct community health screenings and signs patients up for its innovative drug financing — an interest-free micropayment plan.

Growing up in Ghana and suffering from thoracic scoliosis, Rockson saw firsthand the frustrations of his parents trying to secure the medicines he needed, with pharmacies experiencing frequent stockouts and charging high and fluctuating prices. mPharma’s innovation is to take ownership of the supply chain, eliminate inefficiencies, and introduce price controls.

While the global economic impacts of counterfeiting are costly, the human toll is staggering. Counterfeit drugs kill an estimated one million people every year, according to Interpol. Counterfeit agricultural products hinder productivity and keep smallholder farmers in poverty, decreasing food security and potentially worsening famines. Weak, uneven regulation and oversight have allowed this fraudulent market to develop while consumers absorb the cost.

mPedigree has created a unique product identification marker that consumers use to determine authenticity. They simply scratch off the label and evaluate a code within seconds, using a mobile phone camera or text message. Empowered consumers in Africa, South Asia, and the Middle East know immediately if they have counterfeit goods—not after they’ve entered diabetic shock or seen their crops fail. President of mPedigree, Bright Simons, has developed partnerships for the social enterprise across three continents with governments, Fortune 500 companies, and activists to safeguard human health and food security through their technology.

South Africa has one of the highest youth unemployment rates in the world. The legacy of apartheid along with rapid globalization has left many young people geographically removed from job opportunities. A lack of information, skills, networks, and social capital leave these young people discouraged and excluded. According to The Economist’s Pocket World in Figures, it’s estimated that 40 percent of this generation will never secure a stable job, despite a large investment in skills training by South Africa’s government and private sector. Employers struggle to find work-ready candidates and lack the ability to effectively evaluate young job seekers.

Solution: Combine Business and Social Cause

Harambee Youth Employment Accelerator, founded by Nicola Galombik (above), builds scalable solutions for the youth labor market across the formal and informal economy.  Galombik served as a leader in several anti-apartheid organizations and developed policy for Nelson Mandela’s first government, giving her unique insights into the interconnected nature of business and social cause. The result? Both the public and private sectors now see Harambee as experts in the dynamics of the South African labor market. The government has begun to see the value of youth-focused solutions, while businesses have begun to see value in a population that has long been invisible to them.

One in four people across the globe will struggle with mental illness at some point in their lives, according to the World Health Organization, and nearly two-thirds will never seek help from a health professional. Suicide claims nearly 50,000 lives in the United States alone each year—more than twice the toll of homicides. In the past two decades, suicide rates have increased by nearly 30 percent across all demographics. Young adults have seen an increase of major depression by 47 percent since 2013.

Nancy Lublin (above), launched Crisis Text Line in 2013, after identifying the need to create rapid-response crisis counseling. She did this by leveraging big data and the dominant communication medium of today—text messaging. Crisis Text Line reaches underserved demographics, especially the young and those from rural and low-income areas. People in crisis text 741741, and a trained crisis counselor responds within minutes, 24/7, to help assess the risk, deescalate the situation, and develop a plan for continued safety.

Innovation has always been a part of Lublin. At age 23, she turned a $5,000 inheritance into Dress for Success, a global entity that provides interview suits and career development training to women in need. Today, Dress for Success helps women reclaim their destinies in almost 150 cities in 22 countries. 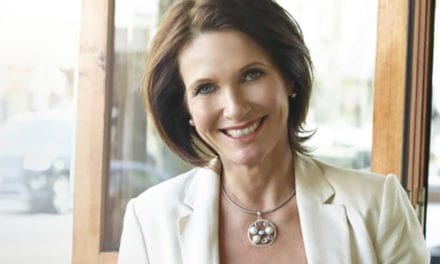 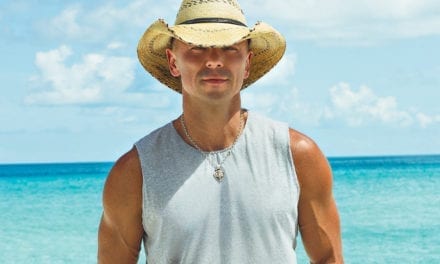 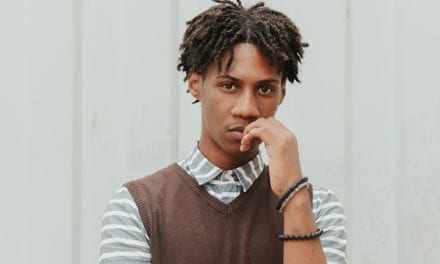 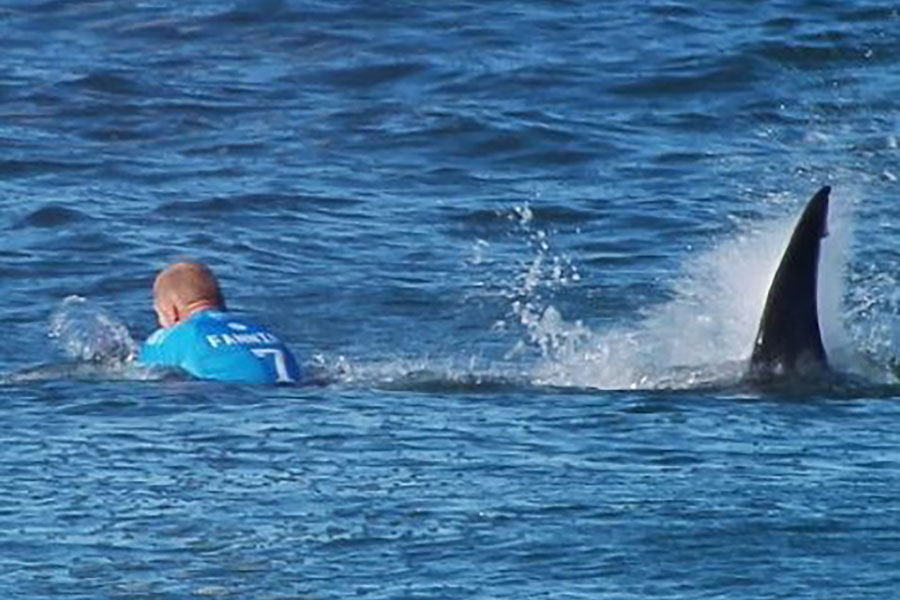