Peter Diamandis has a dream: to open up Earth’s final frontier to private enterprise. This is the story of how one man kick-started a disruptive new era of space exploration.

In February 2012, Peter Diamandis took the stage at TED to talk about the subject that informs his new co-authored book, Abundance: The Future is Better than you Think. Following a barrage of bad news images beamed onto a screen behind him – foundering cruise ships, famine in Somalia, black fanfares of financial doomsday – Diamandis rebutted the notion of a world in irreparable tailspin. In an age of information overload, he said, the early warning centers of our animal brains continue to prioritize bad news over good for the purposes of survival – hence the ongoing media mentality of ‘if it bleeds, it leads.’ Yet behind the headlines, positive news stories too often go unnoticed.

The average human lifespan has doubled, per capita income tripled, and child mortality fallen tenfold in the last century alone. And with the exponential rate of development for emerging technologies like AI, robotics, and digital manufacturing, Diamandis argued that humanity will not only overcome its current problems, but will make more progress in the next two decades than in the last two centuries. Where others see crisis, Diamandis sees opportunity.

That’s nowhere more apparent than in the space exploration industry most often associated with the 51-year-old MIT and Harvard-educated entrepreneur, born to Greek immigrant parents in New York’s Bronx. When the last Shuttle mission rolled to a halt on the tarmac of the Kennedy Space Center in July 2011, the mood of grimly determined cynicism that gripped the world was summed up by a withering obituary in the Economist entitled ‘The End of the Space Age.’

For Diamandis, however, it marked a beginning: A shift of power from the grasping claws of governments and state agencies into the hands of the humans of Earth. “In the fifteenth and sixteenth centuries, when the first explorers set out across the oceans, missions were sporadic and risky,” says Diamandis. “It was only later on, in the seventeenth and eighteenth centuries, when we created the first commerce between the New World and the Old World, that the frequency and safety of those missions increased, and the Atlantic opened up. It’s a similar situation in space.

We’ve had 50 years of government programs that have started and stopped, and which did an amazing job of showing what was possible early on. But it’s not until we tap into the economic engines that open space up that we’re really going to set out on the true epic of space exploration. For me, that’s just beginning.” Diamandis sees the problems of a government-sponsored space industry as being tied up not only with the exorbitant costs of space travel, but also with a reluctance to take risks for fear of federal investigations and embarrassment on the world stage when things go wrong.

As such, NASA operated an ‘ain’t broke, don’t fix it’ policy that saw the space Shuttles Discovery, Atlantis, and Endeavour flying with a 20-year-old computer program, something that seems ridiculous to a new generation of entrepreneurs with both the capital and the character to take the risks that progress demands. “We’re living on a planet with some 1,000 to 2,000 billionaires, many of whom became inspired by space exploration as kids in the 1960s, and you’re starting to see a significant number of them begin to invest in space,” Diamandis explains. “Unlike government agencies, they’re motivated by creating viable businesses and revenue flows. As they take the risks necessary to make that happen, the cost of doing things in space is going to fall, and as the costs fall, more and more individuals will get involved and more incredible things will become possible.

It’s an exciting time.” Contrast that, he says, with the way NASA managed to make space so boring with its caution, its closed doors, and its absence of emotion in missions. (Diamandis wryly notes that successful operations are deemed ‘nominal’ rather than ‘phenomenal.’) If the next generation is to view space exploration as a viable alternative to video gaming, it has to be made participatory, something Diamandis has gone to great lengths to achieve through a range of companies. Zero G has taken over 12,000 people on a modified Boeing 747, inducing states of weightlessness by performing parabolic arcs.

Space Adventures, Ltd has taken eight commercial tourists on orbital space flights, and is planning to send two commercial astronauts on a circumlunar mission by 2017 (at $150m per seat). While the embryonic Rocket Racing League envisions rocket planes tearing around virtual sky courses over desert stadiums in scenes reminiscent of Star Wars’ pod racing marathon. Yet Diamandis is best known for the X PRIZE, a competition he launched in 1996 to catalyze space exploration in the manner of the grand aviation prizes of the early twentieth century. It offered $10 million to the first private team to build their own ship, fly it into suborbital space, and land it safely twice in two weeks.

The challenge was completed in 2004 by SpaceShipOne, built by Burt Ratan and funded by Microsoft co-founder Paul Allen, pre-empting Diamandis’ theory that both the risk-taking character and the capital needed to kick-start space exploration lay in the hands not of Earth’s space agencies, but its entrepreneurs. “First and foremost these guys want to fulfill their childhood dreams,” he says. “They grew up being motivated by the Apollo missions and episodes of Star Trek, and expecting space exploration to be much further advanced than it is today. Now they can afford to go and do it for themselves.

With SpaceX, Diamandis sees Elon Musk achieving in 10 years what NASA couldn’t do in 40 – reducing the cost of rocket launches to a fraction of that offered by major competitors, and opening up countless commercial and federal space flight opportunities as a result. Richard Branson has enlisted Burt Ratan to design SpaceShipTwo for Virgin Galactic, which could spearhead an age of suborbital space tourism as early as 2013, creating a new generation of excitable explorers along the way. For his part, Diamandis continues to divide his time between a range of commitments: From the recent announcement of a second $10 million X PRIZE purse for the invention of a Star Trek-style ‘tricorder’ – a handheld device capable of scanning the human body and diagnosing disease – to overseeing the Singularity University, an institution co-founded with friend and fellow futurist Ray Kurzweil, that educates innovators capable of meeting the future head on with its graduate and business courses in the field of emerging technologies.

Diamandis also recently founded a new company, Planetary Resources, aimed at using robots to mine asteroids for fuels and precious metals – a hugely challenging enterprise and one that offers a neat insight into his approach to running projects for which there is no prescribed blueprint. “It’s about finding people who combine the right mix of experience and determination with a desire to jump into the unknown, and finding the right investors to help develop a creative economic engine that you can sustain over decades. Asteroid mining is a big, audacious goal –it’s going to be difficult but not impossible.

We humans typically do these things: Look at modern deep-water drilling operations, which invest between five and 50 billion dollars each setting up robot cities on the ocean floor, and which would have seemed impossible not long ago. The same is true of space: It’s about making the impossible possible, about realizing that we can achieve pretty much anything we set our minds to once we bring the right people, technology, and capital to bear.”

This story was originally published on www.thinkwithgoogle.com. 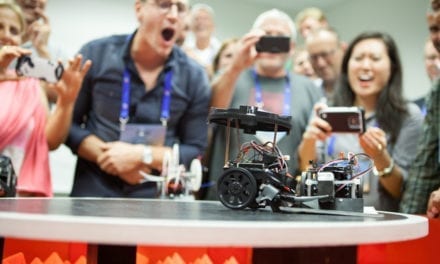 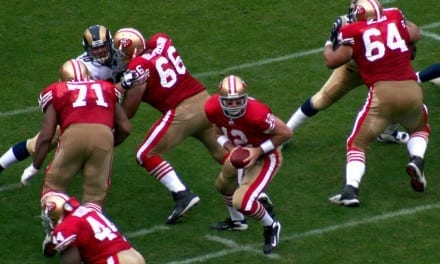 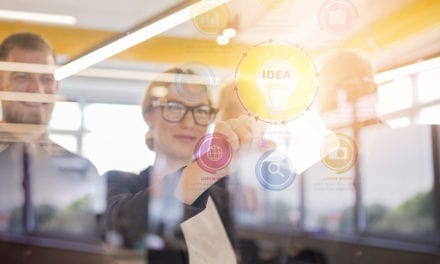 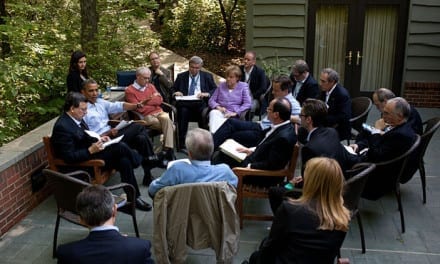