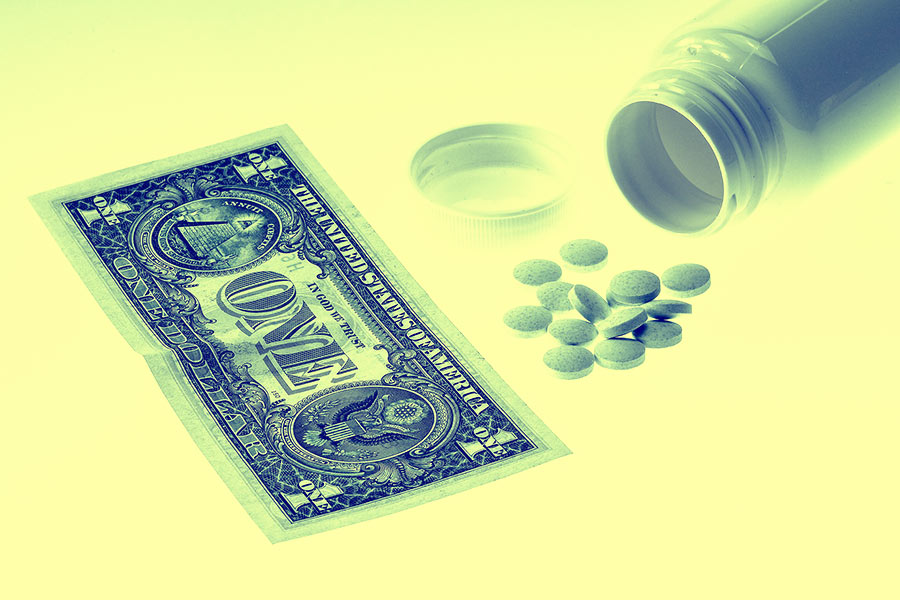 Pain is one of nature’s strongest forces. Pain makes the hand recoil at the flame and provides the instinct to duck when a rock is heading your way. Pain is also one of the most bedeviling forces in nature.

Ancient people understood pain when they could see a gash or crooked finger. If pain was internal, they often assigned mythical or spiritual causes to explain it. They also went to great lengths to expunge it. Some even speculate the Incas went as far as drilling holes in the skull to relieve pain. Others used “pain pipes” or leeches to extract it, injected gold salts into the body to mute it or used agents to induce pain elsewhere in the body to offset it. Some just forced unconsciousness to deal with it.

In the fog of time, it is difficult to know with certainty which of the early remedies were most effective. Given that pre-modern surgeons were most valued for being fast and able to endure the screams of their patients, it is safe to say none were entirely effective.

However, before those early efforts to ease pain are dismissed as crude and primitive attempts by less advanced cultures, keep this in mind: None of the pain treatments employed by early humans led to a drain on the civilization’s coffers or caused over 60,000 collateral deaths a year. Neither were any tied to massive profits for some of the players involved, as well. This is where America comes in.

As America joined the atavistic quest to relieve pain, the nation veered down a path influenced by market forces as much as empathy. The pharmaceutical industry’s great technical prowess, backed by corporate lobbyists and naked capitalism, helped create an American modality to relieve pain: inexpensive, highly addictive pain pills. America found pain relief behind names like Vioxx, OxyContin and Percocet, among others. The side effects, however, were not just confined to the patient.

America itself is now in pain, economically and emotionally. The prescription opioid remedy for pain has led to a national opioid epidemic. How bad is it? President Donald Trump declared the opioid epidemic a public health emergency in October of 2017. By most estimates, the opioid epidemic costs the United States over $500 billion per year and leads to well over 90 deaths per day. The U.S. Department of Health and Human Services estimated by 2015, nearly 13 million Americans were abusing prescription opioids.

The Seeds of Destruction

Today’s opioid crisis has its roots—literally—in the soil of ancient history. Since the time of the Sumerians and Mesopotamians, compounds derived from the opium poppy have been used to manage pain or have been used for recreational and religious uses. Over the millennium, opium has left a trail of addiction from the Silk Road in the Far East to Main Street in the U.S., so America should not feel special. Opium has always had a major economic impact on society and has ensnared virtually all world powers one way or another. In fact, England smuggled so much opium into China to balance Britain’s tea trade during its Imperial apex that the subsequent epidemic of addiction in China led to the Opium Wars in the mid-1800s. More recently, the Taliban’s war against Soviet occupation in Afghanistan in the 1980s and now against America has been largely funded by the poppy-derived heroin trade. The United Nation estimates opium nets the Taliban $3 billion per year and pays the salaries of 25,000 to 30,000 soldiers.

The deadly American epidemic we are battling today, however, is home grown and rooted in changes in medical practices and the related response from insurers. Opioids like morphine, heroin and other synthetic opioids became commonplace for treating acute post-operative pain and terminally ill patients during most of the 20th century. Opioids then became a common tool in fighting chronic pain such as backaches and headaches in the 1990s. Prescriptions for opioids skyrocketed over this period. The number of prescriptions for opioids surged from 76 million in 1991 to well over 200 million by 2013. During this time the United States became the biggest consumer of opioids globally, using nearly 100% of the world’s total production for hydrocodone (e.g., Vicodin) and 81% for oxycodone (e.g., Percocet).

Opioid prescriptions peaked in 2012 with over 255 million nationwide, drifting down to 214 million by 2016. Despite the overall decline, the 2016 total was still three times as high as 1999, and today prescriptions remain high or rising in 23% of the country’s counties.

Pain “management” gained visibility within the medical community in the 1980s, as a handful of researchers and physicians argued pain was vastly undertreated. Pharmaceutical companies seized on this market opportunity to profit from opioid sales, marketing pain as the “fifth vital sign” while downplaying the addictive risk factors. Sales forces focused on primary care physicians, despite these doctors’ lack of training in pain management, while further promoting that only 1% of patients who used narcotics were at risk of addiction.

The marketing tactics paid off. OxyContin sales skyrocketed, rising from $45 million in 1996 to $1.5 billion by 2002 to $3.1 billion in 2010. The consequences of addiction and opioid abuse have been on the rise ever since. In 2015 alone, 33,000 Americans died from overdosing on opioids—more than double the number of homicides. To add insult to injury, despite the explosive growth in prescription opioid sales since the 1990s to treat chronic pain, studies indicate the incidence of pain in the U.S. has actually nominally increased.

Although it is easy to point fingers at “Big Pharma” and doctors in fueling the opioid crisis, insurance companies and the pharmacy benefit managers (PBMs) both played critical roles. The insurers and PBMs systematically favored cheaper yet more addictive opioid medications at the expense of higher cost yet less addictive opioid options. Why? It was more profitable since less addictive options often came with a higher price tag.

Then there is the disparity of both prescription levels and deaths by region, which begs some very serious questions about the causes of the epidemic. Researchers have shown that the variance is due to different medical practices, not the actual health condition of the patient. The implication is that pharmaceutical companies were more successful selling opioid medication in places where physicians lacked formal pain management training and that pharmaceutical companies marketed opioid medication while understating the risks of addiction.

A recent study from Princeton University further elucidates the disparity in prescription practices among doctors, as researchers found that doctors from lower ranked schools prescribe 3 times more opioid prescriptions per year than doctors from the highest ranked schools. Some doctors also fueled the addiction frenzy by writing prescriptions for a standard 30-day supply, despite most post-operative acute pain requiring only 3-5 day prescriptions. Given the increased public outcry on addiction, some pharmacies have added policies to engage and challenge doctors who they believe over-prescribe pills. The over-prescription practices range from ill-informed doctors with outdated prescription practices to knowing pharmacy accomplices (often known as “pill mills”), looking to flood the market in the quest for profit.

Necessity is the Mother of Invention (for better or worse)

It stands to reason that the opioid epidemic would be worse in areas with higher levels of prescriptions for opioid medications. This created a volatile situation which quickly became a conflagration because of three additional elements: the selling of fraudulent prescriptions, modifying the ingestion methods of the medications to increase the potency and the availability of heroin.

As addiction spread, so did fraudulent prescriptions to meet the growing and lucrative demand of addicts. Once addiction took root, addicts then sought to deviate from the standard oral intake to increase the feelings of euphoria and the “high”. Addicts turned to alternative intake methods such as intravenous injection (“shooting up”), nasal ingestion and rectal delivery to ingest the drug as quickly as possible, maximize the dosage and increase the high. Unfortunately, deviating from the standard oral intake only made drugs more addictive. Standard oral intake was designed to make the drugs dissolve slowly in the system, lessening the high and the addictive qualities.

Another clear and present danger of the opioid epidemic is the rise in illegal drug use. Many addicts have responded to the crackdown on opioid prescriptions by turning to heroin—a black market opioid derivative. The United Nations Office on Drugs and Crime denotes heroin as the deadliest drug in the world and draws particular concern to its rise in the U.S., with nearly one million heroin users as of 2014—three times the number in 2003.

Economics of the Epidemic

Princeton economics professor Alan Krueger suggests that the increase in opioid prescriptions from 1999 to 2015 could account for nearly 20% of the observed decline in men’s labor force participation during that same period. For women, who are more likely than men to get an opioid medication prescribed (though less likely to overdose), the observed decline in women’s labor force participation is slightly higher at 25%. Krueger further flushes out the regional economic impact of the epidemic. Over the last 15 years, the labor force participation rate fell more in counties where more opioids were prescribed. This may very well have contributed to the perspective of voters in those areas that the status quo in Washington was not focusing on policies that were benefiting their communities.

Goldman Sachs economists say this may explain something that has been puzzling since the Great Recession: why labor participation has gone down, despite an economy creating more jobs. However, some experts point to other factors for decreased labor participation such as an aging population or increased college enrollment.

Nonetheless, the epidemic continues to grow more expensive by the day given treatment needs, increased crime and lost earnings (the largest hit of all to the economy). Given the perpetuating cycle of addiction, areas already badly affected cannot stand a chance to recover without large scale intervention to assist with rehabilitation and treatment. It remains to be seen whether the $3.3 billion set aside to combat the epidemic in the U.S. Government’s most recent spending bill will have meaningful impact on curbing the crisis.  For context, this is a fraction of what is spent annually on HIV/A.I.D.S.  In the meantime, the national pain will continue.

Stacy Pearl and Annalise Durante also contributed to this story. 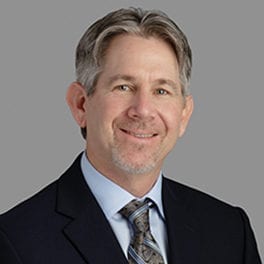 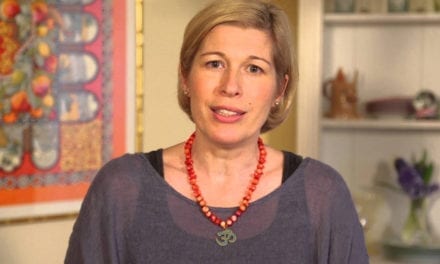 How to Run an Eco-friendly Company in a Demanding Marketplace 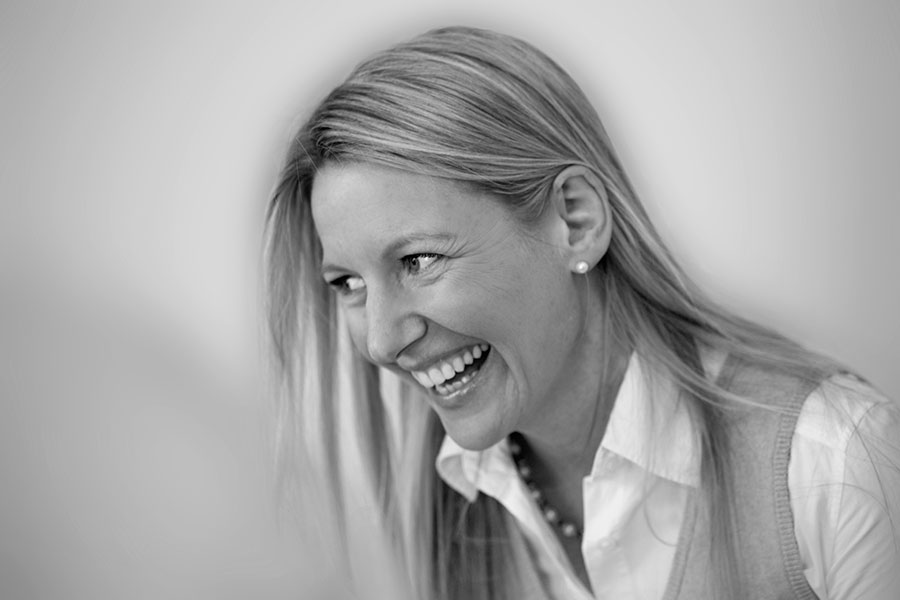 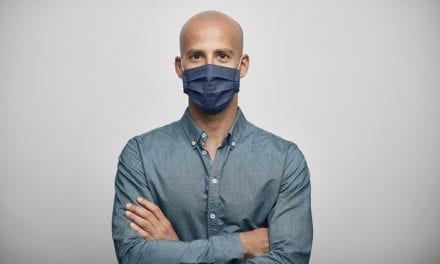 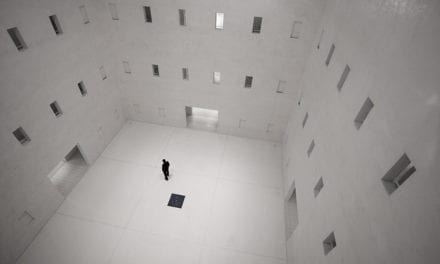 Why Our Brain Causes Us to Be Underprepared for Major Disruptions