Can Lessons From Star Trek Help Us Save Spaceship Earth?

In the early 1970s, my sisters and I would come home from school each afternoon and park ourselves in front of a cathode-ray tube, each with a gigantic bowl of ice cream. One of our favorite shows was Star Trek. For an hour each weekday, we imagined ourselves on the NCC-1701 cruising the galaxy with Mr. Spock and Captain Kirk — going where no one had gone before.

Star Trek made an indelible imprint on me in those formative years. I would frequently dream of being part of the crew, doing good deeds, and learning something new in every port of call. The morality plays that were the subtext of each episode were not obvious to me at the time but have stuck with me as an adult.

As a child, our home planet seemed impossibly big — a green space to play in and explore with unlimited resources and potential. My love of Star Trek gave me a frame within which to fit the universe — which was even more mysterious and incomprehensibly vast. Through those afternoon adventures, I didn’t feel so small and alone.

As an adult with “extensive experience,” it is clear that our world isn’t as large and limitless as I once imagined. Education and a global perspective have taught me that we all live on a spaceship that circles a large ball of plasma in an unremarkable corner of an unremarkable galaxy.

To illustrate this, close your eyes and join me on a journey to view Earth from one million miles away. We hit the positioning thrusters and turn the spacecraft back toward home. Through the window, we see a large, rocky ball with white clouds and vast blue oceans, as well as a smaller rocky ball in a tidally locked orbit circling it (our moon).

If you consider this stunning picture, you quickly realize that everyone and everything we’ve ever known, touched, and felt is back on that rocky blue ball. At one million miles, our home still looks rather large and hospitable. Now imagine our spacecraft is ten million miles away. At this vantage point, Earth is, as Carl Sagan famously called it, a “pale blue dot” in a sea of pitch black. Here, it becomes obvious how small, insignificant, and fragile our place is in the universe.

I’m speaking like I’ve actually made this trip. Through my imaginary voyages on the starship Enterprise and with the help of NASA’s real-life fleet of spacecraft (Voyager 1, Voyager 2, Galileo, etc.), I can paint an awesome image in my mind. From this viewpoint, our resources are clearly limited, and we’re all on Spaceship Earth together.

Just seventy years ago, talking like this would have been edgy science fiction. Seven hundred years ago, I would have been burned at the stake. Seven thousand years ago, we were looking up to the sky with wonder and awe, just trying to make sense of it all. Today, with the right resources and technology, such a voyage is in the realm of feasibility. A mere five thousand years since the beginning of recorded history, we all have access to the knowledge necessary to dream realistically of our twenty-million-mile round trip.

So, what’s the point?

I’m thrilled you’re still with me on our hypothetical journey. After we stick the landing back on Earth, we exit our spacecraft with a newfound sense of urgency to take care of our planet and each other, to use all the tools at our disposal to build a better world. The challenge appears so daunting and insurmountable that we ask ourselves where we should start. We’re committed to making Spaceship Earth a better place for current and future generations, but how?

The answer is education.

Throughout history, education has played the role of the “great leveler.” Social structures and societies have been transformed through education. We have clear examples that when education and creativity are stifled or reserved for the elite, our progress as a species is limited. When educational access is limited, entire swaths of the population are left behind or suppressed by those allowed into the club; our perspectives become more localized and narrow. We fight among ourselves for the betterment of a particular town, village, region, or country but almost always to the detriment of the planet as a whole.

With a limited education and a local-only view, it’s easy to convince ourselves that resources are unlimited and that we should borrow from future generations to maximize current consumption and comfort in the world that immediately surrounds us.

Then again, my ice cream bowl is empty, the “red shirts” in the Star Trek landing party have all met an untimely demise, Kirk and Spock are back safely on the ship, and Gilligan’s Island is on next.

This article was adapted from the book Balancing Act: Teach Coach Mentor Inspire. 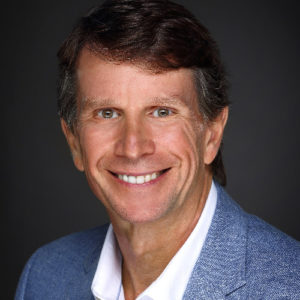 Dr. Andrew Temte, CFA, is President and Global Head of Corporate Learning at Kaplan North America. A thought leader on issues related to workforce reskilling and upskilling, his 30+ year career includes teaching and executive leadership roles in both professional education and higher education institutions. An accomplished musician and leader of the rock band, The Remainders, he is active in numerous fundraising events and committees in the La Crosse, WI, community.