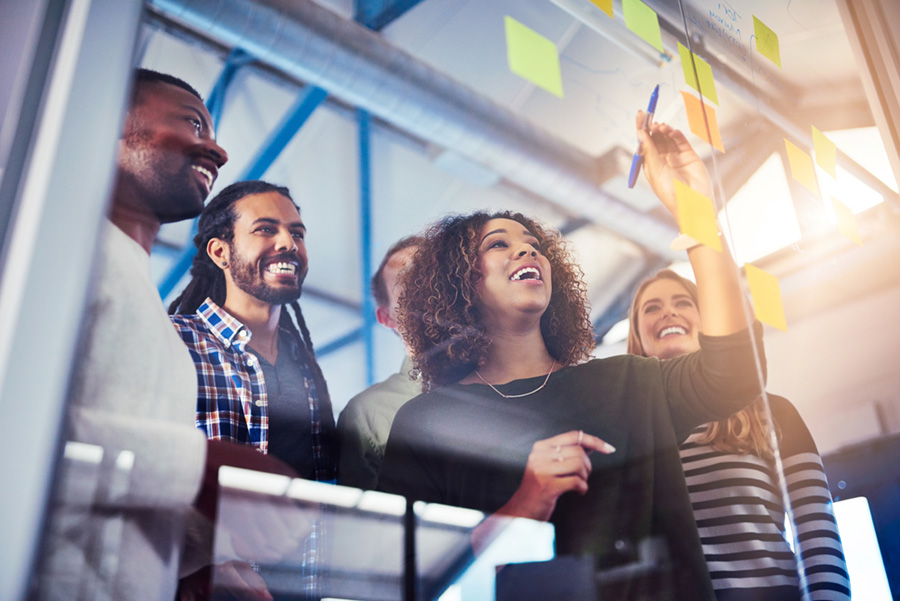 A successful executive team is often more — or less — than the apparent sum of its parts.

Put yourself in a CEO’s chair for a moment. You have an opportunity to select the members of your top leadership team from a neat pile of resumes. You scan each one, noting their experience, their accomplishments, and their apparent abilities — and then build a team from the top tier of candidates. You feel confident in your choice, and figure that with such well-qualified members, you won’t have to provide much guidance to achieve your company goals.

Within a month, your confidence begins to crack. As high-potential as the group appears to be, its performance barely qualifies as average. Each team member has ample experience, but they don’t share it with their peers; each meeting is rife with passive aggression, disengagement, and unshared information. No one communicates, and few collaborate. As their leader, it sometimes seems as though it’s all you can do to keep the team on task, let alone direct them towards higher achievement.

Frustrated, you wonder — what did you do wrong?

The truth is, it’s all but impossible to select a lineup of top leaders from resume details alone, and individual talent plays a far smaller role in group achievement than most might expect. Without a collaborative mentality and strong leadership, even the most talented group of individuals will fail to achieve their collective potential.

As human management researchers Dave Winsborough and Tomas Chamorro-Premuzic explain in an article for the Harvard Business Review in 2017, every person within a team has two distinct roles that are wholly unrelated to any task at hand — both of which can impact overall performance. The first is functional; it hinges on their technical skill and their assigned job within the team. The second is psychological; it centers on a member’s personality and how they contribute to the social dynamic of the group as a whole.

Thus, we see the first mistake that the CEO in the above scenario made: he believed that each member’s talent would add up into a sum of achievement — however, he did not take into consideration how conflicting personalities within the group could slow or even outright prevent that achievement.

His other mistake was one of leadership. He chose to step back and allow his executive team to plot their own siloed courses, trusting that their experience would keep them on track. In short, he delegated his responsibility to maintain a productive team dynamic, and his company’s achievement suffered as a result.

Once an executive team — or any team, for that matter — stops working well together, organizational fission begins to harm company-wide culture and productivity. This change can result in information silos, disengagement, higher turnover, chronic underachievement, and, perhaps most dangerously, distrust. When executive leadership falters, distrust can spread through an organization like wildfire and have a destructive impact on achievement. According to a study published by the Ken Blanchard Companies, there is a “large degree of correlation” between trust and employee engagement, interest, tenure, and positive contribution.

High-performing companies require effective leadership at every level to thrive. CEOs cannot create a capable executive team simply by awarding titles to qualified-seeming candidates; they need to set team expectations, establish management ground rules, and give those they oversee the support they need to thrive and help those they manage in turn.

It’s an inherently trickle-down process — and how a CEO chooses to manage their executive team will set the tone for the entire company.

Below, a few guidelines to consider.

A Leader’s First Responsibility is to Be Supportive

As the foremost team leader, a CEO’s is responsible for empowering the company leaders and, by proxy, their teams. They need to push people outside their comfort zones while still ensuring that they never feel disconnected or adrift — and establish the expectation that each senior leader should do the same with their respective teams.

When team members feel valued and encouraged, they tend to achieve more at work and better contribute to business growth; in fact, one 2017 study found that this style of empowering leadership “was positively related to both knowledge sharing and team efficacy, which, in turn, were both positively related to performance.”

A leader’s responsibility to offer support is particularly important for senior executives, as they may miss crucial information if they do not fully engage with or listen to their subordinates. As one writer puts the matter in an article for Harvard Business Review, “Senior executives dismiss good ideas from below far too often, largely for this reason: If they don’t already perceive an idea’s relevance to organizational performance, they don’t deem it important enough to merit their attention.” However, given that middle-rung managers are in an ideal position to collect valuable insights through their contact with employees, customers, and suppliers, a leader’s choice to withhold support and ignore lower-level ideas can pose considerable opportunity costs to the business later on.

An executive team’s dynamic should always be positive. Every challenge should be constructive, critiques should never feel personal, and conversations should be based on facts and data. Above all else, there must be transparency; passive-aggressive behavior can never be tolerated, lest it festers and influences negativity in the team as a whole.

At work and in life, passive aggression and other “toxic” attitudes can be harmful to the health and productivity as the team as a whole — and can prevent a CEO from understanding the real needs of the business they lead. As one writer puts the matter in an article for Forbes, “Words from the mouth of a passive-aggressive manager cannot be trusted as they will always tell the CEO what they want to hear, and they will always paint the picture of having everything perfectly under control.”

Worse, however, is the effect toxicity can have in the workplace. One 2015 Harvard Business School study found that such “incivility” in the workplace has a pointedly negative impact on employee morale and efforts. Nearly half those surveyed “decreased their work effort and spent less time at work,” while 38% “intentionally decreased” their work quality, 25% admitted to “taking their frustrations out on customers;” and 12% left their jobs altogether.

Never ignore passive aggression. If you do, it may become the default tone of your organization — and cause everyone in it to disengage.

Every Team Member Must Be in Alignment

If team members aren’t adequately aligned with an overarching vision, they won’t be able to contribute to achieving it effectively. Properly aligned executive leaders share a clarity of purpose and are willing to collaborate to meet their organization’s strategic objectives. They also tend to be more willing to engage with their work and care about the business itself — a mentality which can lead to more productivity.

An easy way to create alignment is to hold discussions and come to a consensus. However, a leader should never allow their company to slip into an argument-prone democracy. If there are ten people in a room, the CEO holds eleven votes — always. As a leader, listening to other perspectives is crucial to developing a clear view of the business and an effective growth strategy. However, facilitating discussion is vastly different than being ruled by it; a team paralyzed by dissent will never achieve anything it sets out to do.

At the end of the day, a company’s CEO must decide on a course of action.

Executive leaders should never turn to “goals” as motivation. The term implies that the team might shoot for a “goal,” but miss — and that the failure would be acceptable, albeit not preferable. Instead, CEOs and their executive team should establish attainable commitments and be vigilant in holding each other accountable for achieving them.

It’s a CEO’s responsibility to guide a company to success. As such, it falls to them to build a leadership framework and support system that can empower leaders at every level to thrive in their role and boost the organization to ever-greater achievement. 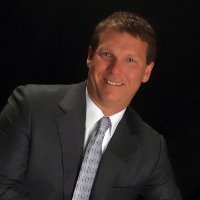 Robert Logemann currently serves as the CEO for the Tyden Group, a leading manufacturer of track and trace systems, and has built his career by optimizing business and management processes. Over the course of his career, Robert has helped struggling companies in fields spanning the gamut from medical technology to consumer goods find success. 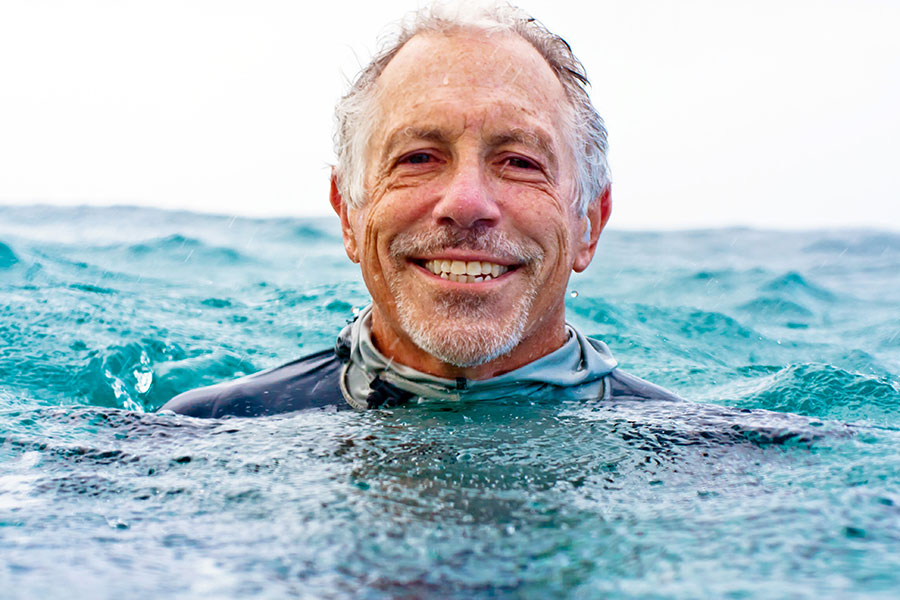 The President Who Dismantled His Country To Save The World 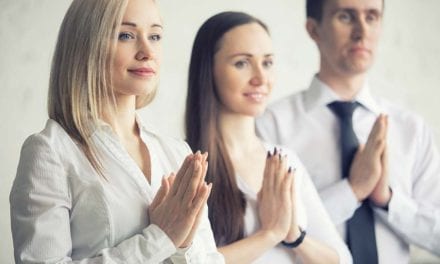 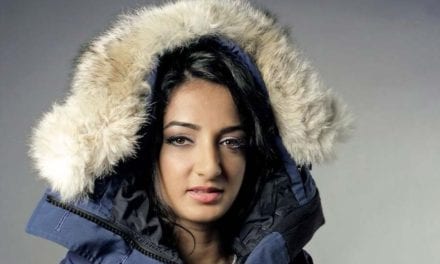 From Adventurers to Inventors, Saudi Women Inspire a New Generation