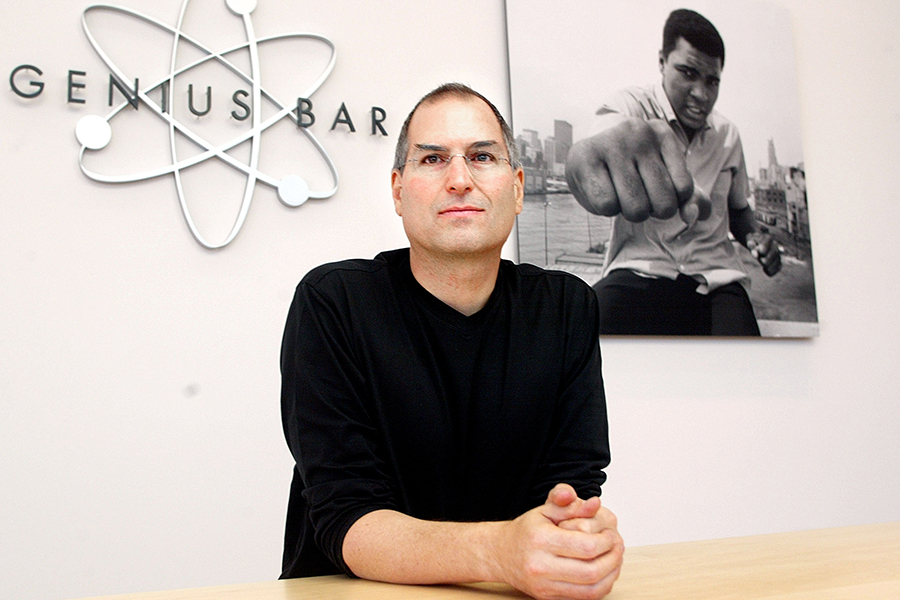 Steve Jobs, Satya Nadella, Herb Kelleher, Jeff Bezos, Jack Welch: these and thousands of other leaders are credited — maybe accused — of singlehandedly shaping their organizational cultures. To anthropologists, this is an odd claim. Anthropologists have studied culture closely since the late 1800s. Nowhere in this literature is it found that leaders shape or change culture.

What is going on? Have social scientists gotten it wrong? Or, like feasting on tabloid headlines in the supermarket check-out, are we so obsessed with leadership and culture we succumb to popular myth?

When it comes to corporate culture, unfortunately, the answer is yes.

The urban legend of leaders singularly and causally shaping their cultures is an invention of business schools and consultants at the service of CEOs seeking competitive advantage. Competitive advantage is the bedrock of capitalism, but trying to control the workforce to achieve some particular gain or outcome by hoping our behavior as leaders is followed, no matter how altruistic or well-intended, is misguided.

This is one reason why most managed culture change fails to achieve its objectives and wastes inordinate amounts of time, energy, and money.

It’s Not So Simple

If it were as easy as the leader ‘setting the tone’, ‘walking the talk’, ‘saying the right thing’, or enacting any of the other bromides in the thousands of books and articles on culture, the recipe would be straightforward. Articulate your desired norms or values and start behaving that way, and the rest of your organization will magically fall in line.

Culture relates to leadership, but the relationship is not linear. We have been learning about the brain and culture over the last 30 years from cognitive science, which fundamentally changes how we work with culture.

There are five major reasons why culture-shaping takes a lot more than leaders modeling behavior.

Culture has been an object of fascination — and a billion-dollar industry — since the mid-1970s when Doug McGregor at MIT suggested that the role of management, rather than coercing and controlling employees, was what created the right environment for people to do their best work. If managers did that, profits would follow. Suddenly culture was the solution, and a fad was born.

Ever since, business schools and consultants have sought to simplify culture so it could be easily consumed by impatient and pragmatic managers allergic to complex ideas that aren’t easy to understand and implement.

The results are predictable: most culture change programs don’t work because the concept is so over-simplified or vague (e.g., norms; values; ‘how we do things around here’) it is meaningless. This means managers wind up chasing the wrong variable, like changing people’s values or dealing with symptoms rather than the root cause.

There is surprisingly little science behind what is taken for ‘truth’, such as ‘culture starts at the top’, or a strong culture drives business performance. Some of the most popular works on culture, such as Peters and Waterman’s In Search of Excellence, or Kotter and Heskett’s Corporate Culture and Performance, were based on old theories or problematic assumptions built off claims of causality explainable by other factors. Many of the companies in these books cited for having strong cultures later went out of business.

We wouldn’t accept being told the only way to successfully manage financial performance is to solely focus on EBITDA, or that every marketing strategy must include television advertising. Yet when consultants or academics try to claim a certain culture empirically leads to better performance or happier people, they do so by reducing culture to a single variable, like values or employee attitudes, to ‘prove’ said value or attitude is responsible. We willingly accept explanations for culture based on gross oversimplification as plausible, even though culture is among the most complex of human social phenomena.

3. We Are Obsessed with Leadership

We believe leaders shape culture because it is deeply consistent with what we want to believe. Heroism, self-reliance, and self-perfection are ideals bestowed on us from the 17th century, forged through the experience of survival and colonization of a wild American continent.

These ideals evolved into dominant cultural assumptions about good leadership based on the leader’s benevolent and striving self-image. The CEO and top management’s creativity, humanism, and technical brilliance are what creates culture.

From the perspective of modern cognitive science, this is understandable but naïve. For one, leaders tend to believe they are much more influential than they really are. This is part of a well-studied broader phenomenon of optimistic and egocentric bias in individual decision-making.

And cultures form in any group with or without obvious leaders. We tend to attribute culture to the founder’s ideals and ideas, but studies show cultures form out of what is meaningful. The experience of a successful start-up imparts meaningful knowledge to the collective codified as habits and routines, practices that are the carriers of culture. The founder’s ideals and ideas might — or might not — have been responsible for that experience.

All of this is perhaps why a recent Gartner survey with over 7500 employees and 190 HR leaders shows that what leaders say and how they behave impacts only 1 percent of the alignment between the workforce and culture.

The idea that organizations will somehow adopt what their leaders say and do rests on a faulty assumption about power and influence based on economic theories of social change. Like trickle-down economics, the assumption is the organization is watching and listening to your every word and action.

An overly demanding boss will impact the behavior of his subordinates, but that behavior is not predictable. Some subordinates react by constantly striving to exceed the boss’ demands, while others tune him out and become apathetic or demotivated. And how subordinates behave with their direct reports is subject to many other motivational and contextual variables.

If raising children was simply a matter of telling them what to believe and value, the meaning of a society’s messages would be immediately clear to any child that learned them. Unfortunately, the transmission of beliefs, values, and norms (and such) is far more complicated because the realities of the social order are far more complicated.

And so it is in organizations.

Complex change doesn’t happen through individual Influence. It might take a charismatic or visionary leader to state a need or point in a direction, but this is never enough.

Research on social diffusion clarifies that key influencers are no more likely to be influential in complex change than average employees. Without sufficient social structure to bring people together — offices, functions, departments, project teams, affinity groups, and similar formal and informal organizational structures — the spread of cultural norms and practices is highly unlikely.

Time to Get Smarter: There is a Better Way

Leaders do have something to do with culture. It’s just a lot more complicated than we have been led to believe.

A more sophisticated way to think about this relationship, consistent with modern science, goes like this: leaders set agendas and priorities, allocate capital, set aside resources, establish accountability structures, and determine rewards. These actions influence organizational practices that shape how people think and act.

Practices — everyday habits, routines, and processes by which your business runs — are key to culture shaping and change because when we engage in them over time, our brain chemistry changes. Even in the most well-publicized cases of charismatic leadership ostensibly shaping culture, one sees organizational practices at the heart of the shaping on closer examination.

The bottom line: leaders are one input into culture, albeit a critically important one —when practices are the lever in change. 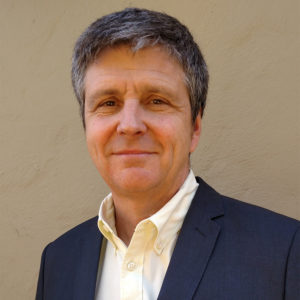 David G. White Jr, PhD, is a partner and co-founder of Ontos Global, and a cognitive anthropologist focusing on new approaches to organizational culture and change based on the emerging science of the cultural mind. Along with partner and co-founder Lisa J. Koss and their associates around the world, Ontos Global he helps organizations manage and sustain transformation, working with companies such as ITT, Fidelity Investments, Pratt & Whitney, and CVS. Prior to Ontos he held positions at Microsoft, Mercer HR Consulting, and Lotus Development (IBM). He’s also a professional jazz guitarist and composer. His new book is Disrupting Corporate Culture: How Cognitive Science Alters Accepted Beliefs About Culture and Culture Change and Its Impact on Leaders and Change Agents. Learn more at ontosglobal.com/team/david-white. 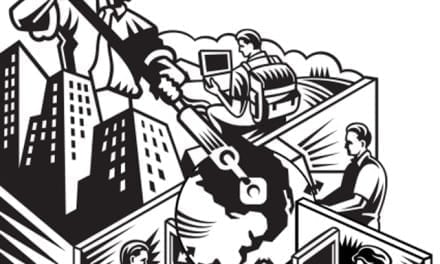 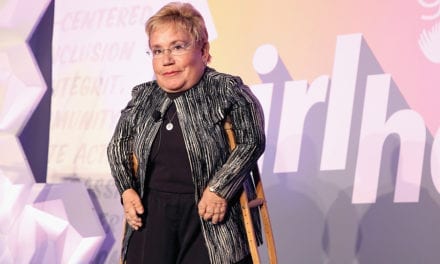 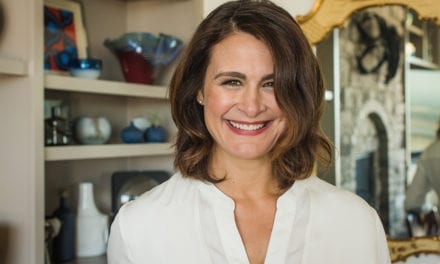 An Action Plan For Sustainably-Driven Companies 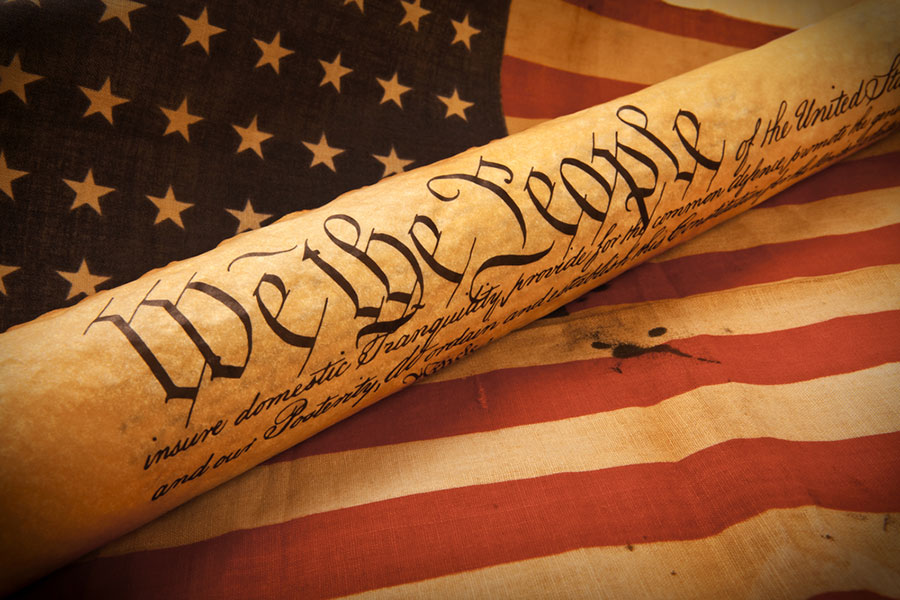