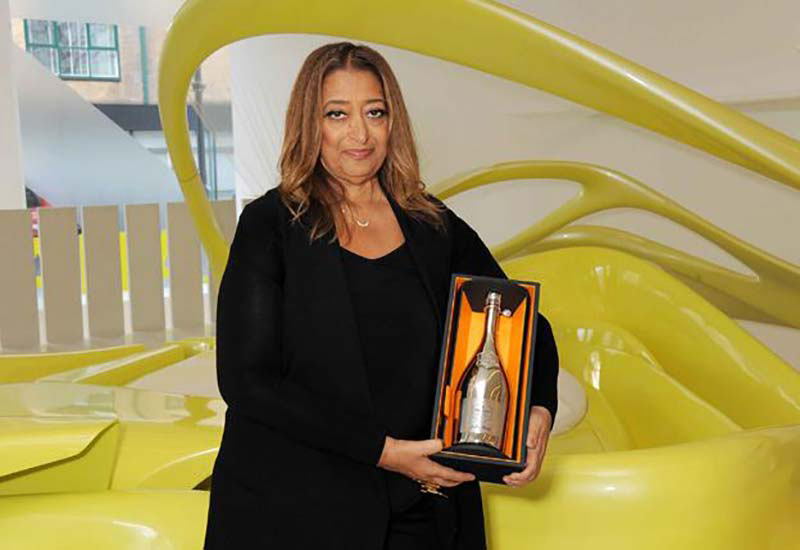 Dame Zaha Mohammad Hadid (31 October 1950 – 31 March 2016) was an Iraqi-born British architect. She was the first woman to receive the Pritzker Architecture Prize, in 2004.

Hadid was born in Baghdad, Iraq. Her father, Muhammad al-Hajj Husayn Hadid, was a wealthy industrialist from Mosul, Iraq. He co-founded the left-liberal al-Ahali group in Iraq in 1932,  and was the co-founder of the National Democratic Party in Iraq. Her mother, Wajiha al-Sabunji, was an artist from Mosul.

Hadid studied mathematics at the American University of Beirut before moving, in 1972, to London to study at the Architectural Association School of Architecture.

She is best known for liberating architectural geometry with the creation of highly expressive, sweeping fluid forms of multiple perspective points and fragmented geometry that evoke the chaos and flux of modern life. A pioneer of parametricism, and an icon of neo-futurism, with a formidable personality, her acclaimed work and ground-breaking forms include the aquatic center for the London 2012 Olympics, the Broad Art Museum in the U.S., and the Guangzhou Opera House in China.