Why You’re Stuck in a Job that’s Killing You

Would you believe me if I told you that our economy is literally destroying financial capital that could be used to invest in innovations that would create millions of high paying, worthwhile jobs? Would you believe me if I told you that today’s CEOs are financially rewarded for incinerating the profits their employees have worked their guts out to earn. Would you be surprised that Wall Street insists leaders adopt high profit, low hiring, high stress, and no investment business models to be successful? Maybe you wouldn’t be surprised, because it explains the current insanity that is taking over business leadership. Economists have been a little stumped as to why our economy is so lousy at creating large amounts of good jobs.

Although it certainly doesn’t feel like it, the great recession ended in 2009. I know, that seems impossible. The recession officially ended five years ago this month. Yet the recession mindset continues to hold business leaders captive, making them cowards when it comes to investing in the future. Just so you know I’m not making this up. Take a look at the latest Harvard Business Review. There is an insightful article titled The Capitalist Dilemma by Clayton Christensen, a prominent Harvard professor. He presents a compelling case for how the invention of spreadsheets has killed business innovation. Now that is a big idea.

And my observation is absolutely true.

As the saying goes… not everything that counts can be counted and everything that can be counted shouldn’t count. As Christensen points out, before computer-generated spreadsheets analysts had to wade through stacks of financial reports with four-function calculators… so doing financial analysis took some mental sweat. But with personal computers programed to gorge themselves on every tiny number and regurgitate a new ratio, hotshot Wall Street analysts… who’ve never run the damn thing… started confronting CEOs with financially driven risk analysis making most business leaders both scared and stupid. By the 1990s a whole new range of business metrics had been invented that turned once powerful CEOs into the lapdogs of Wall Street.

Let me give you two brief examples of how the value-destroying gangs of New York are wrecking both ours and are our children’s chances of getting great and interesting jobs.

Ratio number one is called Return on Invested Capital (ROIC). And simply measures how fast and how big profits are being made from investing money into your business. So if you have $1 million of capital that you’d like to use to hire scientists to improve the artificial limbs your medical device company makes, analysts want to know how fast you’ll earn those million dollars back and what kind of additional profits you’ll make. That doesn’t sound like an unreasonable request… except for one thing. The stockholders who own most of the shares of your medical device company are not really investors.

There just players. The vast amounts of money that flow in and out of stocks via high-speed trading have reduced the average length of time professional stockholders own stock to 22 seconds. (According to research by economist Michael Hudson, 70% of stock trades are done by high-frequency traders.) Even individual investors only hold the shares they buy for an average of seven months. That’s quite a change from 30 years ago when the average length of time stock was held was seven years.

This has created a lot very impatient stockholders and they frankly have zero interest in you risking capital in some product improvement that may not pay off for a few years. They are even less interested in investing in new ideas that require large amounts of capital and people.

And the lowest risk, fastest way to do that is to relentlessly cut costs and spend your profits buying your company’s stock back. And to make sure that Wall Street gets what it wants it has rigged the system. It uses a second ratio called Earnings-Per-Share to control CEO investment decisions. Earnings-Per-Share are simply calculated by dividing the quarterly profits of the company by the number of shares the company has issued. Earnings-Per-Share is a major driver stock-price. Most often high Earnings-Per-Share translates into high stock prices. Now stay with me.

This is very simple to understand and affects yours and my life.

In the 1990s Wall Street insisted that CEOs earn large amounts of compensation by increasing Earnings-Per-Share every year. They understood that if they could align the financial interests of the CEO with Wall Street they could manipulate leadership decisions to meet their short-term interests. And the overwhelming evidence is… they have! See if yourself.

The past five years have been the most profitable time for global business in the history of the world.

These businesses have amassed over $1 trillion in profits. Yet they have spent almost none of it to raise wages, train and develop employees, or heaven forbid, hire new people.

Hiring is always the last resort.

It’s a lot easier to require current employees to just “lean in” by relentlessly doing more with less. What do these businesses do with all the cash? Mostly they buy their own stock back. They do this because Wall Street loves it. When the number of shares in the company is reduced the price of each share temporarily goes up. Financial analysts have concluded that the price increase lasts for about six weeks in the best of circumstances. Sometimes it only lasts a day. But if you’re a high-speed trader it only has to last a few seconds.

This is real money we’re talking about.

Last year the total amount spent on research and development in the United States was $465 billion. The amount of capital destroyed through stock buy-backs was $754 billion. This is money that could have been invested in new ideas to help businesses grow and make our lives better. But it wasn’t. Instead it was just burned up. Yes that is insane.

What it means is that business leaders could not come up with any better use of their profits than destroying them.

Let’s look at Cisco, a once great company that has laid-off thousands and thousands of very smart engineers, sales people and others who would work hard and loyally but have nothing to do because the once great CEO John Chambers can’t think of anything new to invest in. So last year he laid off 4,000 people at the same time he announced they were spending $15 billion to buy back their own stock. It turned out to be a total waste cause the stock went down. Or how about Pfizer. Drug companies are always complaining about how high R&D costs are. Last year Pfizer invested $7.9 billion trying to come up with new drugs and spent $11.5 billion burning up the profits their employees had earned.

And let me take a shot at the once mighty Apple.

They make so much money on iPhones that they have accumulated over $150 billion in cash. They pledged to spend $130 billion on stock buy-backs!  Now let’s just take a second and consider some alternate uses for all this money leaders are wasting. Last year’s total budget for Headstart was $8 billion. What if Apple spent the $130 billion they are burning up to completely sponsor early childhood education throughout the U.S. Call it “Apple-Start” or “iLearn.” With one positive decision it would raise a whole new generation of Apple customers and we would love them for it. But sadly, no.

Or how about Wal-Mart? You may remember last April the huge garment factory in Bangladesh that collapsed killing 1,100 people and maiming 2,400 others. The deathtrap factories of Bangladesh make a high percentage of the cheap clothes we buy at Wal-Mart and virtually every mall chain in America. Wal-Mart and other companies pledged $40 million to assist the families of the workers sacrificed in these flimsy factories. (Note: To date the total contributions are only $15 million.) At the same time Wal-Mart announced they were spending $15 billion to buy their own stock back.

Doesn’t it seem strange that no one considered taking $1 or $2 billion from the stock buyback to actually build safe modern factories in Bangladesh? That one action might have done more to put a shine on the tarnished brand of Wal-Mart than anything they’ve done in the last decade.

So let me tell you what’s weird. There’s no voice in the room for positive innovation when financial decisions are made.

The pinheads that manage the stock price and the Boards of Directors who support them have become hypnotized by the sick financial incentives that plague our economy. Clayton Christensen puts much of the blame of this insanity on our business schools that put too much emphasis on finance and too little on value creation when we train professional business leaders. It is high time we start a national dialogue how to reprioritize our values. We have reached a point of massive system dysfunction when business leaders insist that employees ruin their daily lives with overwork stress only to earn profits that the company destroys for the temporary gain of a very few people who don’t need to make anymore money.

We need a new economy.

One that exposes and punishes stupidity and immorality and rewards positive innovation and moral ambition. It will happen when the public consciousness becomes intolerant of the status quo and a new generation of leaders starts new businesses built on common sense and a vision to do something that matters.

It’s pretty simple…we all need to speak out and start up! 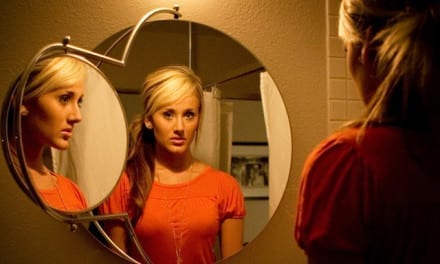 Have You Met Yourself?

We are all the Same