Why Yoga May be Essential For Career Happiness 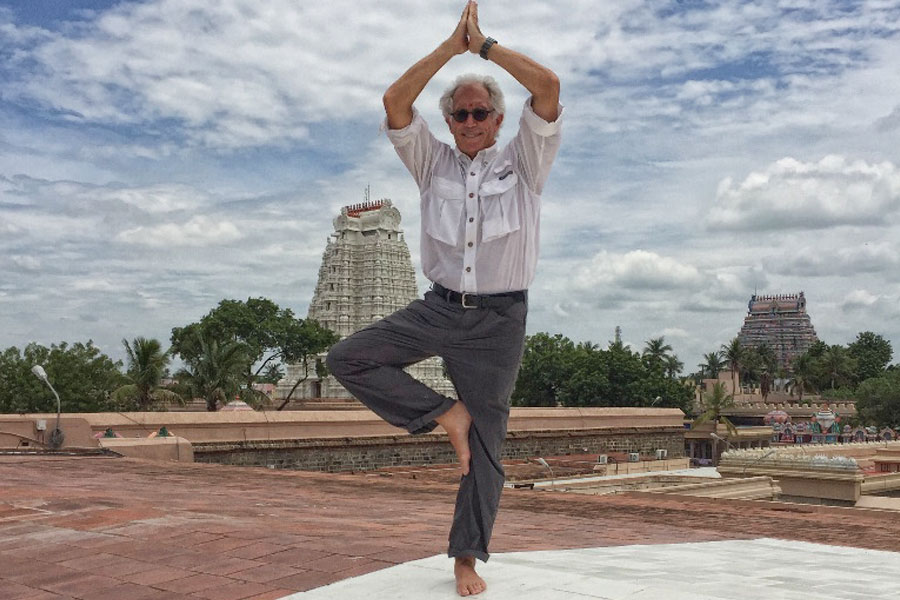 Low stress does not make you happy. Happiness comes from saying yes to activities, relationships and experiences that bring you joy.

What would you do if you’ve learned that you were doing something every day that was making you unproductive, unhealthy, unhappy and sabotaging your relationships. More importantly, if you could easily stop this one bad habit and instead do just one thing that would help your career take off and make you healthier, happier, and improve your relationships would you do it? I will talk about the bad habit we all need to stop toward the end, but first India and the good habit.

I just got back from spending three weeks in India. The first week I spent conducting Gender Synergy workshops for a large tech company. It was very exciting to feel the enthusiasm of hundreds of male and female engineers and professionals as they learned about how bias in the workplace makes everyone less successful and the simple, Jedi-like work behaviors that transform working relationships and up-level results.

The key to engaging men in the sensitive topic of women’s equality is to point out that the cognitive differences between individuals of either sex is greater than the general differences between men and women. Yes, there are pink brain men and blue brained women. Workplace equality and opportunity begins by treating everyone like they are a genius. Once you shift your mind away from dealing with individuals as stereotypes and see them as human beings with unique talents, interests, and abilities you redefine the meaning of “inclusion.”  With that framework everyone gets a lot more interested in co-creating a culture where mutual empowerment becomes the engine of success.

So, the training was very rewarding for me to do.

But I want to tell you about some things I learned in India, and from my daughter, Nicole, who transformed her life and career through Yoga.

After the training, my wife and I travelled in Tamil Nadu, the ancient part of southern India known for its many, many temples, most of which are in full use today by millions of devout Hindu’s. One of the most obvious elements of sacred Hindu stories is the role of the feminine in all her dimensions. Both love and fierceness for the well-being of all, are prominent themes of many of the morality stories featuring Hindu Goddesses.

We also learned more about the evolution of yoga and some of it’s deeper meaning beyond posing, stretching and sweating. The simple meaning of the word yoga is UNION. You are free to interpret that meaning as you wish, but for me yoga represents the union of me with all that is. The energy that union is activated through the personal practice of uniting your mindful attention with a sacred intention to fulfill the promise of your true potential.

My temple tour thoughts about yoga combined with an evening-long conversation with Nicole lead me to these deeper ideas.

The physical practice of yoga with its focus on mindful breathing and specific body postures, release the kinks in both your muscles and your mind. Validated research confirms that the practice of yoga is the single best thing to do if you want to avoid premature aging, aches and pains, high blood pressure, and elevated levels of organ inflammation. Practicing yoga several times a week will also help you sleep more soundly, think more clearly, have better relationships and spike your level of optimism.

Amazingly, yoga is also the best exercise you can use to lose weight.  That’s because weight is lost in the kitchen not in the gym. And yoga increases our self-control and inspires confidence that we can achieve difficult goals through self-discipline.

Many of the proven positive effects of yoga appear to be caused by the effect on our brains of deep states of mindfulness. Mindfulness inhibits reactive thinking and agitating triggering emotions. It reduces stress both physically and psychologically.

And yet the insight I got in India (later confirmed by research) is that low stress does not make you happy. It only creates clarity about the nature of work, love and play that will bring you happiness. Remember, happiness comes from saying yes. Yes to activities, relationships and experiences that bring you joy. Happiness is not the result of no stress, but is the feeling that arises from “inner coherence.”  This means what you do, who and how you love and the gusto with which you play reflects your deepest values and your best self.

In western psychology yoga is flow. It requires you giving 100% of your deep attention to what you are doing in the now.  This actually expands the power of your life force. This is the force of your identity and capabilities in the pursuit of what makes you fulfilled.

Thus, there is a:

Yoga is the union of your deeper self with whatever you are doing now.

If this sounds exhausting it isn’t. Because yoga is both psychological and physical flow, it is a source of energy.  When you tap into this energy, whatever you are doing becomes sacred because you are connecting to something bigger than your personal fears and desires.

So, what exactly does yoga have to do with your career?  Maybe everything!

I have literally taught thousands of people how to achieve career clarity and how to become a top ten percent person in your career. (Better than 90% of people doing what you do.)

Here’s how yoga can help. When you are doing a physical yoga session you should come away feeling calm and clear. That’s how your career should make you feel. If your work doesn’t give you that kind of energy you are either doing the wrong work or doing the right work in the wrong workplace.

If you feel full of confused energy, you can do a personal yoga retreat right now while you live your present life. Here is how:

For seven days take a yoga class each day with the mindful intention of gaining clarity about what work will create the “union” in which work becomes the flow of self-expression. During this “sacred seven day retreat” do not listen to or read the news, especially political news. Eat a low carbohydrate, high protein, no sugar or sweetener diet. Mindfully eat small portions often so you are never over full or hungry. Focus on the taste and texture of the food. Listen only to instrumental music but really listen to the individual sounds of each instrument. Only look at your cell phone three times a day and only respond to emails, texts and calls three times. When you are talking to others give your full, positive attention. You may also choose to read an inspiring book instead of looking at TV. At bedtime write in your journal answering two questions:

You should end the week with seven journal entries with the last one being most clear and true. This retreat, without stopping your life, is a great immersion in living mindfully.

Developing a yoga mind can also help you get clear on how to go about your present work and how you might transform it into a fulfilling career. Your yoga-life practice will deepen your thinking and calm your brain so you can get to your deeper sources of wisdom. So yoga is the good habit…

The Bad Habit We Must ALL Stop!

And now, the bad habit we must all stop. You have to defeat the enemy of the unified mind. You have to house-break your out-of-control smart phone that is crapping all over your life.

Understand this–practicing the fullness of the Yoga of Life is more important than ever because our modern technology is cunningly designed to steal your attention from important things to the fleeting urgencies of others or disturbing news that we can do nothing about.

Our smart phones are making us stupid, stressed, confused and emotionally disconnected.

Just read all the research cited in this recent Wall Street Journal article.

So smart phones are the anti yoga…the anti union with all that we value. They are useful tools but bad masters. When my clients are struggling for clarity I put them on a smart phone diet. They only get to interact with it 3 times a day.

If you are serious about up-grading your work, your relationships and your life but aren’t willing to do the full retreat start practicing Yoga three times per week for six weeks. Strive for inner coherence. Tame your technology. Go on a cell phone diet if you need to. Live in your “question” until you feel the union…the flow of connecting what you do with who you really are. 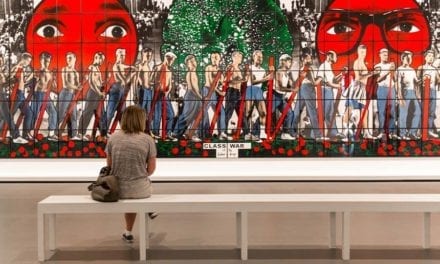 Why Everything Bad Will Change for the Better 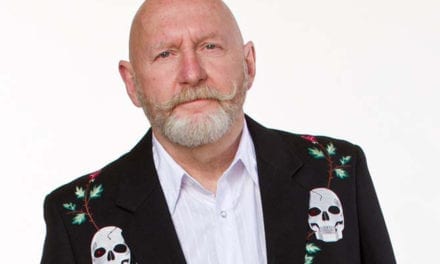 Uncompromising Values from the Pitbull of Personal Development 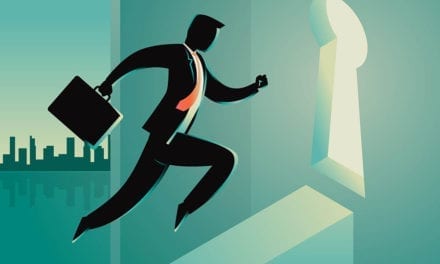 This is How You Get Past Hearing the Word “No”