Yes, The World Can Come Together

Every year in September, world leaders gather at the United Nations in New York for the General Assembly’s annual high-level session. The diplomatic gathering draws veteran politicians as well as new faces from all corners of the globe in what is always an interesting and intense week for all. This year was no different.

At the centre of it all is the General Assembly, one of the six main organs of the UN and the only one in which all Member States have equal representation: one nation, one vote. All 193 Member States are represented in this unique forum to discuss and work together on a wide array of international issues covered by the UN Charter, such as development, peace and security, human rights and international law.

This year all 193 Member States addressed the annual general debate, on the theme “Making the United Nations relevant to all people: global leadership and shared responsibilities for peaceful, equitable and sustainable societies.”

As world leaders began to gather in New York, Secretary-General António Guterres kicked things off by participating in a Facebook Live session moderated by Juju Chang of ABC News. He shared his thoughts on issues such as preventing conflicts, gender equality, what it takes to be a successful diplomat and how individuals can influence the policies that shape the world.

The Assembly debates pressing issues that affect millions of people around the world, including peace and security, human rights and development. Each year, on the eve of the opening of the Assembly’s annual session, a prayer service is held with religious and ecumenical leaders at the Church of the Holy Family in New York City.

Preparations for the high-level week begin months in advance and involve staff from across the Secretariat, from security and interpretation services to catering and media liaison.

The high-level week brought together world leaders from around the globe, including over 100 heads of State and government, including French President Emmanuel Macron and Argentinian Vice President Gabriela Michetti.

Thousands of journalists descended on UN Headquarters to cover the myriad events that take place in addition to the speeches delivered by world leaders.

The SDG Media Zone at UN Headquarters served as a platform for editors, bloggers, content creators and influencers to discuss ways to engage on the Sustainable Development Goals, which commit governments to end poverty, reduce inequalities and protect the planet by 2030. Among the participants were Deputy Secretary-General Amina Mohammed and Alison Smale, Under-Secretary-General for Global Communications.

Attendees at the high-level session also included renowned personalities who serve as advocates for a range of issues at the heart of the UN agenda. Among them was Nobel Laureate and UN Messenger of Peace Malala Yousafzai, who focuses on girls’ education.

The high-level week saw UN officials, governments, civil society and celebrities rally around a number of initiatives, including on financing education for all, advancing the Sustainable Development Goals and promoting maternal and child health. 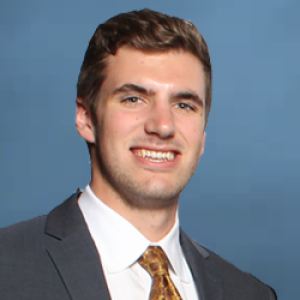 Kevin Edwards is the Real Leaders Director of Digital Media and hosts our Real Leaders Podcast. Edwards interviews leaders to learn what motivates them beyond their chosen career to inspire listeners to become better leaders for a better world.