What Marathon Running Taught Me About Long-Term Goal Setting

On New Year’s Eve 1999, as the clock was about to strike on Y2K, I set a goal to complete a list of 50 challenges in the first decade of the new millennium. In 2009, I found myself staring down at the very last item on that list: Run the New York City Marathon.

At the time, I wasn’t much of a runner. In fact, I could barely squeak out a 5k. But I had always been someone who set big goals. So over the course of 2009, I put my head down and I did the work. I found a training plan and I raised the money to obtain a charity entry to the New York City Marathon. And on the eve of the expiration of my bucket list, I crossed the finish line of the 40th New York City Marathon.

It may seem ludicrous to make a connection between running and business, but the two run closer than you might think. I last crossed a marathon finish line in 2016. But the discipline I learned from running continues to influence me in my career today, especially as it concerns my long-term goal setting.

You’ll work harder for something you love.

Running is hard. If you don’t find any enjoyment in it, you’re not going to be any good at it. I’m not saying you have to fall in love with running after your first attempt (if I’m being honest, not many people do). You’ll have good days and bad days. But for some, if you keep at it, you’ll eventually find those “finish line moments” that make running so worthwhile.

Success in marathon running requires long term planning to build up mileage. One doesn’t simply get off the couch and start with 26.2. But if you keep with it for weeks, months, or years and still resent it, then running just isn’t meant for you. And if you have zero passion for an activity, you’ll have zero motivation to get better at it. Can’t the same be said about your career?

If you don’t have a passion for (or at least believe in) your career or industry, you won’t feel that there’s any value in setting long-term goals for yourself. Why would you? If your heart isn’t in something, you aren’t going to care if you get better at it. You’ll accept stagnancy because challenging yourself to grow in your role and industry will feel like more work than would be worth the reward. The things you love don’t always love you back.

People often believe that consistent training, getting enough sleep, eating right, and stretching before a run are enough for a good performance. But really, you can still tear muscles, get winded, and even break bones — no matter how seasoned of a runner you are. The same is true in business. Projects you work on will flop. A colleague will let you down. Your manager will set expectations that may feel impossible to meet. Hardships will happen. If you don’t believe in what you do, you won’t be motivated to push yourself to succeed.

Success is a solo journey, but a team effort.

One of the things that attracted me to running the most was how it’s a combination of individual purpose and team effort. You are solely responsible for achieving your long-term goals. That doesn’t mean you have to be alone in your efforts, but no one can cross that finish line for you.

Every marathon runner shares similar goals of working on shaving minutes off of their time or gradually increasing their mileage. Because these are shared goals among marathon runners, you’ll eventually establish your own tight-knit support system of runners. It’s this group that will encourage you to push your limits. They will be there to console you when you fail, and they’ll be there to celebrate you when you accomplish a goal. And you’ll do the same for them.

The only way to become a better runner is to pound the pavement every day (figuratively and literally). I couldn’t imagine how much harder this would have been without a great support system behind me. From the friends and mentors I ran with daily, to the folks who paced me on the marathon course, to the cheerleaders who showed up at every race.

This is a mirror image of your career. Whether you’re an executive, manager, or brand-new employee, your entire company is all working towards the same goal of achieving organizational excellence. While you’re all in lockstep carrying out the strategic plans you set, each individual person has their part to play in meeting the business’s overall goals. But even though you have your own course to follow, deadlines to meet, and to-do list to complete, you also have the support and encouragement of your colleagues when things get tough.

If you fail, reorient yourself and try again.

There is no one-size-fits-all strategy to become a better marathon runner. What works for one person won’t necessarily work for you and your running goals. The way we often discover what works best for us is through failure. Don’t let this failure beat you down, but rather, turn it into an opportunity for improvement.

Have you ever run a race and hit the dreaded “wall”? There’s a reason why it felt like your body was going to give out on you. Maybe you didn’t pace yourself like you should have, or perhaps you forgot to hydrate yourself appropriately. Recognizing the “why” of failure will help you avoid the same mistakes in the future.

Now think back to your career. Every professional will make mistakes that may put their work in jeopardy. If you own up to these mistakes and analyze every misstep that led you to this moment, you can take a step back, adjust your plan of action, and learn from what went wrong.

In marathon running and in business, there is nothing more satisfying than that “finish line moment.” Setting big goals and having big dreams are both important. But crossing that finish line is unlikely unless you have the right discipline in place to get you there. 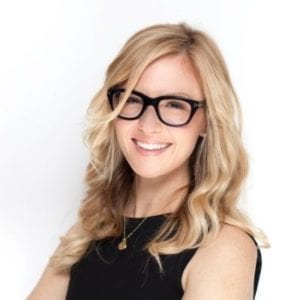 Meredith Simmons has a track record of success in both business management and legal advice and counsel. Most recently, she served as the General Counsel of a major Irvine, CA patent enforcement firm. Meredith is a 15x marathoner who has run races all over the world. While she no longer does marathons anymore, one of her favorite races will always be the 2013 New York City marathon, which she completed alongside her brother to help raise funds for the NYRR Team for Kids.