Something terrible is happening to women who work. I deal with it constantly because I coach men and women executives who work in large corporations. It gives me a front row seat that allows me to closely look at what really works for women to rise in leadership and influence and still like their lives.

I can tell you one thing, the worst advice women get is to act like a man.

And that’s exactly the advice they’re getting. “Lean In” Author Sheryl Sandberg has recruited Condoleezza Rice, Anna Maria Chavez (the CEO of Girl Scouts, pictured above, right) to encourage girls everywhere to be more assertive. You know, speak up! Push your point of view! And, “Man-up!” They have started a campaign called “ban bossy” to tell girls the lie that the reason society is cheating women out of their fair share of leadership opportunities and money is because they’re not aggressive enough.

Using anecdotes out of their own life stories they claim that assertive behavior in boys marks them as leaders while the same behavior labels a girl as being to bossy. So their solution is to make bossy the N-word for younger generations. Then girls could be assertive and become the leaders they desire to be. This is simply colossally crazy.

When I am called on to help an executive in trouble it is most often because they are too assertive.

Leaders whose primary quality is their assertiveness are known as jerks or worse. Nobody likes a bossy know-it-all whether you’re a man or a woman. In fact in today’s flat organization the most important asset a leader can have is the social intelligence to build collaborative work-teams to implement a stream of innovations. Leaders who try to do this by telling people what to do and using their power to take charge end up killing creativity, innovation and commitment necessary to succeed in today’s hyper-competitive world.

No, raising girls to be bossy women is not the answer to the lack of leadership opportunity that women have.

Yet it’s not surprising that smart people continue to make this error about the root cause of women getting a raw deal at work. A review of human history leads to a truly awful conclusion… Women have always been exploited by men. I don’t mean that all men are bad, abusive or even unkind. I’m just stating the obvious.

Human institutions, laws and culture have virtually always over-favored men at the expense of women.

A little history… Less than 100 years ago women did not have the right to vote! In most countries they didn’t have the right to own property or a legal right to raise their own children. Sexual assault was not considered a real crime. (It still isn’t in many countries.) Until 50 years ago there were few women professionals. Doctors, lawyers, architects, accountants and women were universally discouraged from pursuing careers.

The cultural effect was that women were almost solely dependent on men for their economic security which made them put up with a lot of stuff that they should have never put up with. In the 1960s we couldn’t pass an equal rights amendment so we got feminism. Now I don’t want to antagonize any feminists I just want you to consider how men have twisted feminism to make the world better for them rather than women.

While it’s true women got to enter the workplace, for the most part it wasn’t for good jobs. Today two-thirds of people who are in the minimum wage are women. And women still only make 75% of what men make for doing the same work. In management it’s even worse… women earn only 68% of what the same male managers do. (Source: Catalyst.org) And in 2013 we could not even get Congress to pass an equal pay law… I know, it’s insane!

So what’s the world men have created by manipulating the ideals of feminism?

Survey show that women are suffering the health effects of record-high sustained stress because they are the primary child raisers, house cleaners and family managers even when they have full-time jobs. And this is in families where a husband is present. We also have a record number of single mothers who teeter on the edge of economic disaster because of rampant job insecurity while they try to raise happy, healthy, well-adjusted children.

And by the way, most men are just fine with this. Men have worked hard to create their unique twist on equality. For instance, single men rarely go out on dates, instead they just have meet-ups which enables them to meet potential sexual partners with the least amount of effort and commitment. They typically also require women to pay their own way and frequently find ways to wheedle women into paying for everything.

Research reveals that the male creative executives who control our diet of entertainment via movies, TV and music have created social norms that make women who do not make themselves sexually available at the very beginning of a potential relationship seem prudish or hung up.

But most of all, men love it when they can get women to do their work.

In most of the large organizations I consult with women make up the majority of the management ranks but not at the level of senior leadership.  Just like at home, male business leaders rely on women to make everything work but give them very little real power. And even the women CEOs I’ve consulted with are dominated by their male boards and testosterone-crazed Wall Street analysts who soon turn them into women who have to behave like men to succeed.

I know these results aren’t what feminists had in mind but it just seems to me that many of the real gains that women have fought for in political, economic and social equality have been distorted by male-dominated institutions that are awesome at doing one thing… furthering men’s self-interest.

And now we have the perfect spokesperson for male domination. Her name is Sheryl Sandberg. You probably know her as the billionaire COO of Facebook and the author of her horrifically, stupid best-selling book, Lean In. Her book and message has been summed up by many as… if you want to get ahead in the world act like a man, lead like a man… just quit making excuses, acting like a victim or being shy about what you want. Take your place at the big table, be prepared, be confident, and above all be assertive. A few other things. Work hard.

If your work requires travel, grit your teeth and go. Be sure to marry well and insist your husband does an equal share of the household work and child-raising. Get home by six every night, have family dinner, then get on your conference calls and kick some ass. If that sounds like good advice to you perhaps you, like Sheryl are a billionaire executive who graduated from Yale, have friends in the White House and have several nannies to cover for you.

And just look at what Sheryl Sandberg does. She makes sure that Facebook makes money so that CEO Mark Zuckerberg gets richer and can spend his days playing around with big ideas.

Let me point something out to you.

Creating a new generation of highly driven selfless women dedicated to making our businesses and institutions work is a man’s dream. Most powerful men would rather sit on Boards of Directors so we don’t have to do the real work. I just don’t see men giving up their power to women simply because they’re capable executives. The man’s need to be in charge is virtually limitless. On the other hand getting women to do their work… now that is very attractive. If you think I’m kidding consider General Motors.

They shocked the world by choosing Mary Barra to be the first female CEO to lead a car company. Awesome right? Well, you tell me. Her total compensation is less than 50% of the compensation of the man she replaced. He, by the way, will continue to serve GM as an “outside advisor” still making more pay than she does! It’s just another example of men getting women to do their work without paying them. Do women really want to be leaders so badly they will accept any terms pushed on them by men?

Well enough about the problem… how ‘bout a solution?

After doing a lot of thinking I believe the only real answer is to start a parallel economy. One driven by women-led enterprises. These companies need to operate on the useful disciplines of the old economy but incorporate the uniquely vital abilities of women to trounce their gray-beard competition. Please understand by women-led I don’t mean women only enterprises. It’s already proven that the most successful organizations integrate the strengths of both men and women in ways that reduce their individual weaknesses. But for this to become common place we need a lot more women entrepreneurs and CEOs.

The reason this is so important is that I believe that only radical change can create a future of sustainable abundance. All attempts to reform the old economy have failed.

But women can use the rules of the Old Boys Club to bring it down. They can out-compete them, out-innovate them and they can create work-lives that embody happiness as well as success. And they can turn capitalism into the engine for civilization.

I will tell you HOW you can do something to ignite this change right now in part 2 of this blog coming next week. I hope you’re curious.

Also don’t be shy about commenting on my unconventional views… am I out to lunch about how men exploit women? Is the ‘system’ rigged against them? Is Sheryl Sandberg right… women would be better off behaving like men? Thoughts? 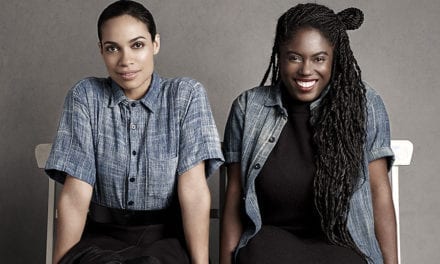 How Careful Listening and Diversity Can Build a Business With Impact