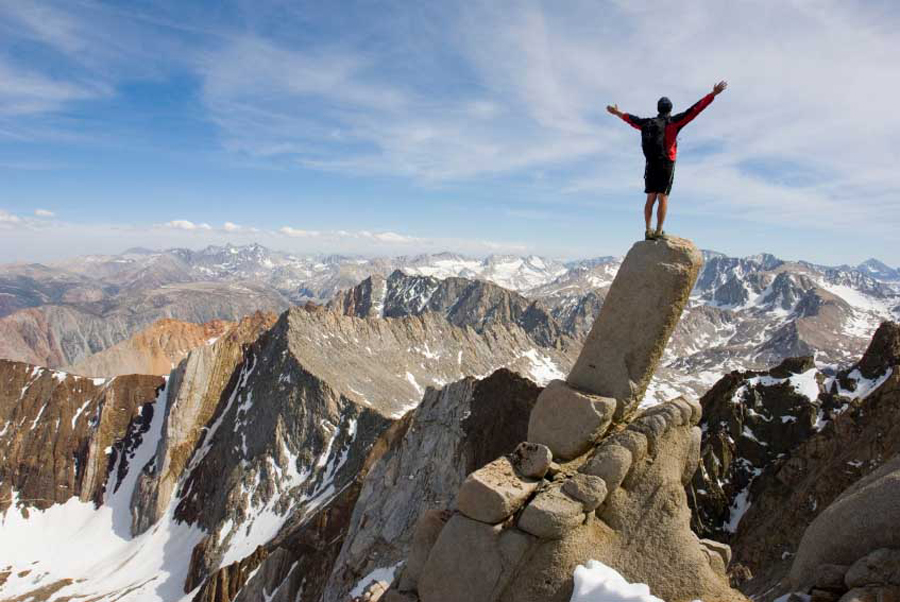 I am sick and tired of seeing so many good, hard working people that are sick and tired. In case you haven’t noticed, times have changed. If you work for a large employer the chances are you’re working very, very hard.

According to Gallup, American workers, on average, are now logging 47 hours of work every week. If you compare that to the old eight-hours-a day-five-days-a-week work schedule, we are working almost 6 days a week. And 40% of us work more than 50 hours a week!

That may seem like a lot but experts say the amount of time we’re working or thinking about work is only going in one direction…up. As you think about your own work consider how much time you spend checking your e-mail or responding to it when you’re away from your workplace…in the evenings and on weekends. I know some of you are able to shutdown. When you leave work you really leave it. But that’s not the trend. The trend is called ‘work-life integration’ which means you really never completely turn work off. Work-life integration sounds almost high-techie. Something cool. But it’s not.

The trend is called ‘work-life integration’ which means you really never completely turn work off.

The Human Performance Institute’s research is very clear that if you resist taking a complete strategic break from your work you will get less and less productive. In fact, two university studies proved that if you give one work team 40 hours to do their work and mandate that another work team, who does the same kind of work, spend 50 hours working, the 50-hour team will be producing no more than the 40-hour team within six weeks.

Americans pride themselves on being productive. But, according to the OCED, we are less productive in output per hour than eight other major nations including France! It turns out we only have so many productive hours each day so working more doesn’t produce more.

It turns out we only have so many productive hours each day so working more doesn’t produce more.

You’ve may have read that Americans are vacationing less than they did in the 1970s. In fact, according to Google Consumer Surveys 42% of Americans didn’t take any vacation last year. We are the only ‘advanced’ nation in the world that doesn’t provide for mandated paid time off. (After all you know how regulations can get in the way of making money.)

The primary reason reported by people who don’t take vacations or who do work while on vacation is that they simply have too much work to do and they don’t want it to pile up. The second reason is that they’re afraid that they may be viewed as uncommitted or disposable employees to be put on the list to be terminated during the next reorganization. (Why would you willingly work for an organization that created a culture steeped in that kind of fear?)

The reasons people are working so hard and afraid to take vacations are very rational. Two decades of business process reengineering culminating in the great recession has led to chronic understaffing, less training, fewer resources and more pressure to get more done in less time. The reason is simple. Getting more work done without having to pay for it is the easiest way to increase earnings. It’s not that businesses don’t have the money to hire more people and let people go home at night or take a vacation.

According to his analysis there has been a 75% drop in the amount of profits reinvested in hiring to support growth and innovation since 1980.

According to research by an economist J.W. Mason it’s simply because businesses have learned they can make more money by making fewer employees do more. According to his analysis there has been a 75% drop in the amount of profits reinvested in hiring to support growth and innovation since 1980. That’s not a misprint. 75%!

The business reason we are working so hard is that capitalism has been ruined. Start-ups are virtually the only companies that are serious about investing in and hiring smart talent for every job. As soon as a company gets to be big enough to become a target of a private equity firm or investment banker’s dream IPO, management shifts it’s focus to squeezing profits out of the business. Instead of growing the topline, executives focus on building the bottom line by reducing costs, cutting staff and skimping on quality wherever they can get away it. And managing this way really pays off. Since 1980 the average CEO’s pay has jumped from 40 times to 342 times the average salary of the people they employee.

Since 1980 the average CEO’s pay has jumped from 40 times to 342 times the average salary of the people they employee.

One group that has noticed that hard work does not result in reliable rewards is Millennials. This group of 35-year-olds and younger have seen their parents work their guts out only to be outsourced, downsized, marginalized or laid off. They realize that there is no payoff in ‘working for the man.’ So mentally they’re working for themselves.

They want flexibility, interesting work, a stimulating work environment and lots of autonomy. Gray-haired leaders shake their heads at this generation of “indulged slackers.” Personally I don’t. I think they are smart. Asking to be empowered to do meaningful work is a sign of intelligence not laziness. And my personal experience is that younger workers will work ferociously hard when they understand why their work is important and what is clearly expected of them. That’s just good management practice which is far too uncommon.

Asking to be empowered to do meaningful work is a sign of intelligence not laziness.

Perhaps the most impressive thing about Millennial’s is that they put such a high-value on having a fulfilling lifestyle. This drives exploitative employers crazy. I know several very smart young professionals that have asked for three months off or even quit their jobs to pursue exotic travel while they are young enough to enjoy it. As a group I find them to be savers. It’s true that many of them are already hampered by student debt so they are nervous about digging that hole deeper. They often live together in small tribes to minimize rent. Many don’t own cars. They may have expensive smart phones and ear buds but they don’t pay for cable TV.

They carefully build their consumption around the lifestyle they value so they don’t get hung in the same bloated mortgage and debt noose that stressed out their parents for 30 years.

If you think Millennials’ values are just a copout to avoid hard work consider Dan Buettner’s famous Blue Zone research. He has spent years investigating the lifestyles and habits of people who live the longest, experience the most daily happiness, and maintain a zest for life. They have a lot more in common with the mindset of Millennials than Baby Boomers.

Here’s what I think we can learn from the millennial mindset.

Have a vision for your best life. Be clear on where you want to live and how you want to live. Then move there and start living. Every beautiful and amazing place I have ever travelled has residents living and working with every level of education and income. If you’re beating your brains out spending over an hour every day commuting consider that there are hundreds of thousands of people who commute to work by walking or biking.

When you invest the energy into your intrinsic values with your unique ability, every day will be purposeful.

Look at your life purpose as a gift you give to someone else each day. You have some unique ability. You have a hierarchy of values that matter deeply to you. When you invest the energy into your intrinsic values with your unique ability, every day will be purposeful. You don’t have to work for a nonprofit or become a scientist. You simply have to become aware of your giftedness and pay attention to the needs of others. Then you will see how to make your difference. If you use your daily work as a vehicle to express your purpose, your work will have great dignity. But always remember…DO NOT WORK FOR A JERK… it will wreck your life.
Form healthy and enjoyable habits that increase your mental, emotional and physical vitality. People who make gardening, cooking, forms of exercise and games, or art their hobbies are happier and more content than those who just watch TV.

Hope is optimism with a vision.

My final thought is this. Research studies conclude that hope is more powerful than plain vanilla optimism. Hope is optimism with a vision. It is more than simply having a sunny outlook on life. With hope you can ‘see’ the future you most want and believe you can create it. Please don’t be seduced into pursuing a life that others expect of you. Please don’t be trapped by the giant economic machine run by people who don’t care at all about you.

Instead, envision the best life you can imagine and do one thing today to bring it into reality. Repeat tomorrow. 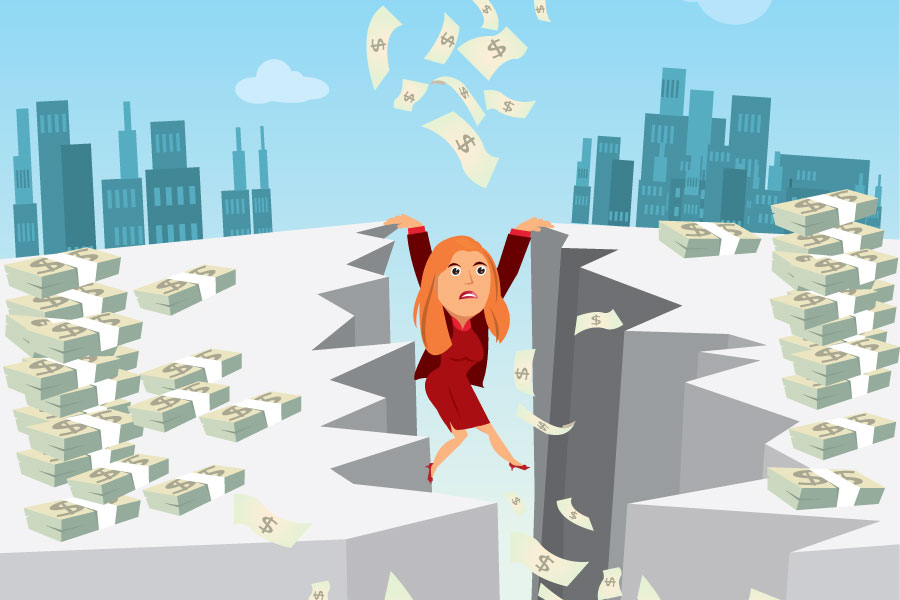 Why It’s Time to Show Women the Money! 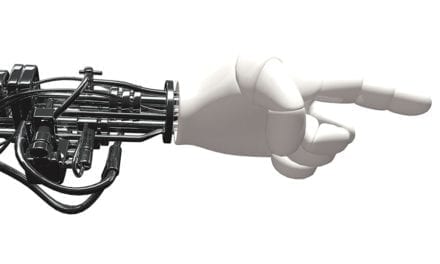 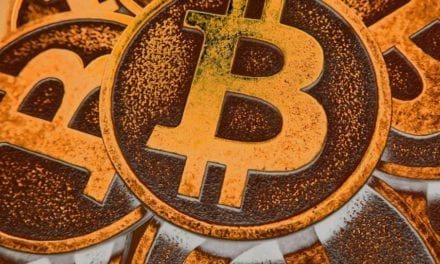