My name is Bill Morris and in 2008 I was recycled. After a 25-year career in the telecom industry, there didn’t seem to be much demand for my experience and technical expertise, which had become mostly obsolete. After trying to start my own for-profit business (which failed) and working for other businesses (which I could no longer do), I decided I needed to find something where I could give back. In order to do that I took a job for the lowest wages I have ever received, and for which I had no qualifications – Program Director for a Disability Services Provider.

I found myself managing a building full of adults with a wide range of developmental disabilities. The average day involved everything from screaming, seizures, incontinence, fights between the people we served and fights between staff members over who had to serve the lowest functioning person in the building that particular day. Not quite the image conveyed on the side of those thrift store trucks, huh? In the back of this building I came across a small group of people taking apart unwanted electronics that had been donated.

They were languishing a bit, but this group actually seemed to enjoy being there. I investigated more closely and discovered they were really good at the work. You could place an old computer in front of one of them and they would have it broken down to its base materials in a matter of minutes.  I inquired where they learned this skill, and they shrugged their shoulders. After a few more days of observing their proficiency at the task, I looked at their files and found virtually every one of them was on the autism spectrum.

Since I had no knowledge of autism or electronics recycling, I did a little research and discovered two sobering facts:

1) Adults with autism face over 80% unemployment.

2) Less than 20% of electronics are recycled ethically.

Not having the nonprofit service provider perspective, my first thought was, “Why aren’t these folks employed doing this task?” That question spurred me to create a business plan for an electronics recycling vocational training and employment program. Next I found a recycler who would pay us five cents a pound to take computers apart, and within a few months we had our first four adults employed. Then I experienced the very definition of serendipity through a chance meeting with a local business owner and his wife. They just happened to own a warehouse with a prior tenant who had gone out of business, and who had left behind a truck and a huge pile of electronics.

We needed all three. And if that wasn’t good enough, they also put a large sum of money to get the enterprise up and running. That was five years ago. Today Blue Star Recyclers is an award-winning social enterprise, with 24 employees in Colorado Springs. Along the way we’ve ethically recycled 5 million pounds of electronics, produced over $1.5 million in earned income, which has enabled us to become 90% financially self-sustainable.

In addition, the workers we employ are less dependent upon government-funded services, resulting in taxpayer savings of another $1.5 million. In 2011 we established a program called VERN (Vocational Electronics Recycling Network).  VERN is our way of sharing our mission and proven model with other communities and recyclers who want to create local jobs for people with autism. VERN has created another 30 such jobs, mostly in smaller communities where unemployment for adults with autism is often 100%.

Here’s the best part of our story: In five years we have had zero turnover, zero absenteeism, and no lost time accidents (absolutely unheard of in our industry). People with autism are not just good workers; they are phenomenal workers every employer should seek to employ. Adding a significant social deliverable to a recycling enterprise business model has created an entirely new market, which has enabled us to triple the size of our organization in five years. You see, we don’t just have customers- we have advocates.

Recycling is about two things: convenience and motivation. We don’t lead with the social deliverable. We don’t have to. We provide the best recycling services and value in Colorado and we just happen to provide a world-class workforce with an opportunity to show the world how great they are. 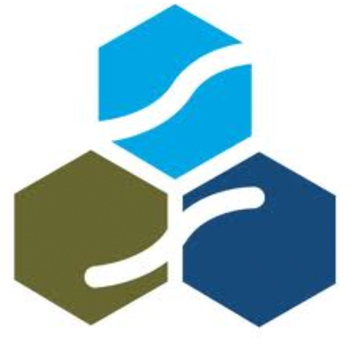