All billionaires think differently as part of their DNA. They think independently, challenge the status quo, and refuse to accept old truths. Billionaires look for their own truths outside the mainstream.

Norwegian property developer, Petter Stordalen (above), advises people to “be scared when everybody is satisfied, and there are only blue skies, and be brave when everybody’s scared. Because if you do what everybody is doing, you will never succeed. If you come up with a new toothpaste, it’s too late. You need to do something differently. But you can also change an old industry as I did with hotels.” Petter told me: “Don’t be afraid to be different. Sell yourself as best as you can and don’t listen to others.”

Billionaires view things from their own perspectives. They see things as they could be instead of seeing them precisely as they are. When Stordalen, known as the Hotel King, saw an old post office building in Gothenburg, he thought it was perfect for a hotel. The objections were powerful: “No, no, no, it’s the old post office. It’s over 100 years old. It’s been closed for 15 years.” Petter held his ground: “It’s a hotel.” No, Petter, it’s not, and it’s under strict rules. You can’t do anything to it; you can’t change anything.” Petter bought it anyway.

After eliminating all of the bureaucratic obstacles and remodeling the building and surrounding area, it became a huge success. In fact, the area has become the new center of town. The lesson? It’s unlikely you will reach billionaire level if you are a follower and go head-to-head against the harsh competition. Instead, find a hole in the system and exploit it. Also, don’t follow the seemingly obvious truths and steer clear of options that are “apparent.”

Sergey Galitskiy, founder of one of Russia’s largest retail chains, has a sober view: “You should not believe in obvious decisions that are important. You should not take faith in simple decisions. You always have to doubt everything, even the most obvious decisions, and this is the key to success.” Vladimir Gordeychuk, Sergey’s business partner, confirms that “Sergey never believes in anything. He always doubts everything. He has his own opinion about every single situation.”

Billionaires never let the opinion of others decide their actions or self-worth. As Brazilian entrepreneur, Lirio Parisotto, puts it: “Of course, everybody prefers applause instead of complaints. But in some way, I think for billionaires, it doesn’t matter whether they get applause or discouragement. They have their own inner standards, and they are their own judge. They are prepared for criticism. They know today you get applause, and it’s possible tomorrow that you are in trouble. If people complain today about you, tomorrow maybe they applaud. Billionaires have a personality that can bridge this divide. I don’t need anybody to tell me I do the wrong thing when I do it. I know I do the wrong thing. The greatest criticism comes from me.”

Personal independence also seems to be an essential component of billionaires’ lives. Not only do they insist on this for themselves, but they also look to pass their independent mindsets onto their children. They want them to become free-thinking persons in their own right. Contrary to what most parents say to their children, Stordalen repeatedly tells his own kids that school grades aren’t important. He stresses to them: “Be happy with all the things you do. Choose your way, not my way. Not the way your mother wants you to take. Choose your life. Live your life the way you want to live it. Do whatever you want as long as you are happy with what you do.”

Filipino businessman, Tony Tan Caktiong, has a similar philosophy with his children: “I think I want them to know how to enjoy their life and live their life based on their own needs and passion. You don’t live your life to follow somebody’s beliefs or society’s beliefs, so whatever your passion, you live toward that passion.” 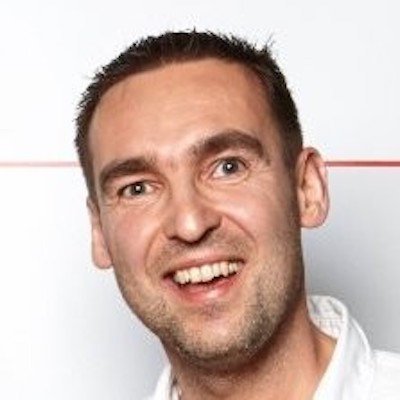 Rafael Badziag is a global entrepreneur, best-selling author, top TED speaker, and angel investor. He is an expert in the psychology of entrepreneurship, specializing in self-made billionaires. He has been featured on NBC, ABC, CBS, FOX and USA Today, Wall Street Journal, and other national newspapers and TV networks. He is the author of “The Billion Dollar Secret.”