The Revolutionary Leader Who Ruled From Home In the Myanmar (formerly Burma) general election in 1990, the National League for Democracy (NLD) won 59 percent of the national votes and 81 percent of the seats in Parliament. Despite this substantial majority the official opposition had a short-lived celebration when the ruling military junta refused to recognize the result. The parties General Secretary, Aung San Suu Kyi, watched the results from her home. She had been detained under house arrest the year before, and since that day, 25 years ago, has spent a total of 15 years imprisoned in her home. Despite being branded a political undesirable by the military rulers of Myanmar, who wanted to silence her, Suu Kyi was given a choice: she could go free at any time, but had to leave the country and never return. She refused.

Finally released in November 2010, Suu Kyi has become one of the world’s most prominent political prisoners. Much like South Africa’s Nelson Mandela, who spent 27 years in prison before emerging as president, long periods of isolation and persecution can result in the opposite result that your captors intended – making you even more popular.

Inspired by Mahatma Gandhi, Suu Kyi opposed the use of violence to achieve goals and continued to call on the military leaders of Myanmar to hand over power to a civilian government. Her vision was to establish a democratic society in which all the ethnic groups of her country could live in harmony. “Every thought, every word, and every action that adds to the positive and the wholesome is a contribution to peace,” she says. “Each and every one of us is capable of making such a contribution.” Her beliefs are in stark contrast to the country in which she lives, which has long been regarded as one of the worst in the world for human rights. Human trafficking, child labor, child soldiers, sexual violence by the military and the suppression of religious minorities were just a handful of the horrors faced every day. The awarding of the Nobel Peace Prize to Suu Kyi in 1991, for her effort in trying to establish human rights in a divided country, had a significant effect in mobilizing world opinion in her favor. However, despite her freedom she is still under intense scrutiny and the old government is still in power. Having recently registered to run for a general election, which the NLD is expected to sweep, she now faces another challenge from the state: a junta-drafted constitution that bans presidential candidates with foreign children. Suu Kyi’s two sons are British. Despite being listed by Forbes in 2014 as the 61st most powerful woman in the world, it seems as if petty politics and powerful forces are still trying to silence her.

Her personal sacrifices have been great. After 23 years of marriage to British historian Dr. Michael Aris, her husband was diagnosed with cancer. Suu Kyi had returned from London to Myanmar to lead the pro-democracy movement while he had remained in England to work. The Burmese dictatorship refused him a visa and urged Suu Kyi to leave the country instead to visit him. Wise to their tricks, she was afraid they would never let her return, so she stayed. Aris died two years later, having seen her only five times in the ten years preceding his death. Suu Kyi was also separated from her two sons who live in the U.K., until 2011, when they thought it safe to visit again. Loss has been a constant companion in her life. Her father, a major political figure, was assassinated when she was just two years old.

Suu Kyi is a remarkable woman who has shown she is firmly in control, even through her fate remains in the hands of her enemies. She has become one of the world’s greatest living defenders of freedom and democracy, and remains an inspiration to millions. Throughout her country’s bloodshed and the regime of terror, she has managed to convey a feeling of peace and hope – a freedom from fear. It’s a lesson many of us can learn when facing challenges that are far less daunting.

“Within a system which denies the existence of basic human rights, fear tends to be the order of the day,” she says. “Fear of imprisonment, fear of torture, fear of death, fear of losing friends, family, property or means of livelihood, fear of poverty, fear of isolation, fear of failure. Yet even under the most crushing state machinery courage rises up again and again, for fear is not the natural state of civilized man.”

Suu Kyi has known fear most of her life, yet still finds the courage to say, “If you’re feeling helpless, help someone.” It’s this humbleness and concern for others that has earned her the love and respect of millions. Her loyalty to Myanmar and its people, and her refusal to be bullied by military aggression, have shown that peace can be a slow process, but it wins in the end. As she once said of her attitude to life, “If you do nothing, you get nothing.” We Are All Malala 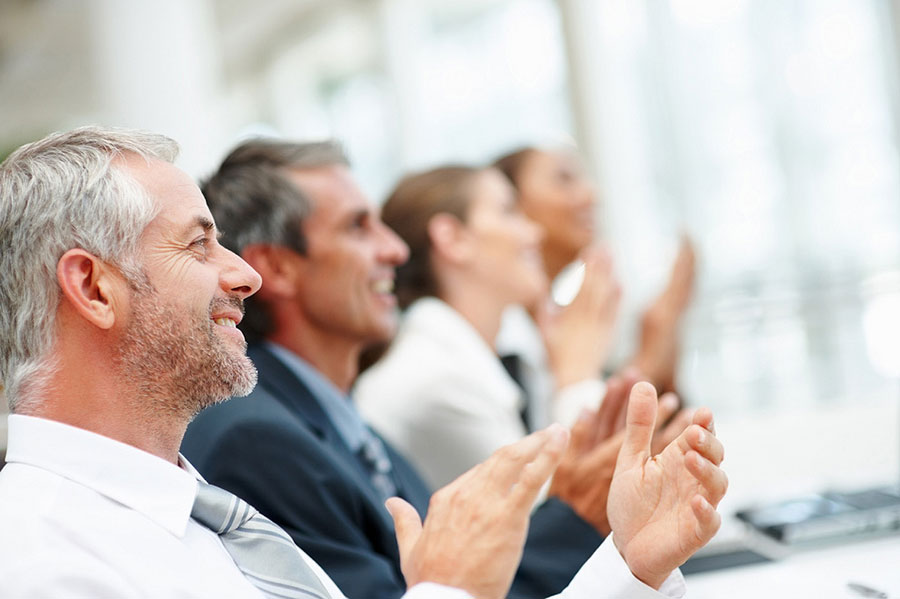 11 Leadership Lessons from a Prison, Monastery and Boardroom