Dr. Patrick Soon-Shiong is a surgeon, drug developer, entrepreneur and the richest man in American medicine. Since selling the company that makes his breakthrough cancer drug Abraxane in 2010, he has been developing and expanding NantWorks, an LA-based medical technology company with implications far beyond medicine. Kathleen Miles spoke to him about his groundbreaking work.  We’re on the NantWorks campus in Culver City. Can you explain what you are developing here?

I started this concept in 2005. It dawned on me that the world has not prepared itself for the convergence of supercomputing, cloud computing, machine vision and artificial intelligence. What we’re doing here is converging what I think is the next revolution of mankind. We’ve had the industrial revolution, and we’ve had mechanical and energy improvements. I think we’ve now reached a stage of enlightenment where technology will allow mankind to evolve to this era of cognitive power. A cognitive revolution will bring the wisdom of the Internet and what we know as mankind to somebody as they’re interacting with the real world. NantWorks is a company to figure out how we’re going to transform using the convergence of huge technology in how we work, live and play. Imagine if da Vinci – an engineer, an artist – had the supercomputer in his hands, instead of a quill. That’s what NantWorks is about.

Break down the elements of what you call the “ecosystem” of companies under the umbrella of NantWorks.

I needed to enable machines to talk to machines. So we built this operating system that ties to 25,000 medical devices, puts the data in the cloud and self-populates the electronic medical record. I call that the ability to capture the human signal engine – very much like when we send our astronauts up to space and capture their vital signs. If we can capture vital signs and medical records and give that to the doctor for decision support, that’s NantHealth. As we were building that, I realized that the fiber infrastructure doesn’t exist. The data centers don’t exist to address yottabytes of data. Ten thousand patients alone is equivalent to eight times the download of the entire Netflix library. So we needed to build a fiber infrastructure that runs across the country. We now have 12,000 miles of fiber running across the country, in which we have seven data centers that are completely HIPAA-compliant, and that is NantCloud. I then realized that we need to have this information that is completely mobile. I needed to take the mobile device and give it machine vision, let it recognize physical objects and transport information. Then we could have a supercomputer in the hands of a physician. That’s NantMobile, which will also address the consumer and bring sports, entertainment, health and FitBit, all on your mobile device.

We just launched it in Barcelona. We’ve also built chips that can make a hearing aid that’s tunable by a smartphone and costs $300 (as opposed to $4,000 now). One phone can treat an entire village. Finally, we realized that it’s not only the genes that are important. There’s a whole world of proteomics and genomics, and the two had never been put together. So we created this company called NantOmics and built a supercomputer that measures the genes and the proteins in 47 seconds so that we can go from gene to protein to drug.

If artificial intelligence is part of this technological revolution that you would like to integrate into our health care system, do you anticipate it will ever fill in for human doctors?

I look upon the human-patient relationship like a priest-parish relationship. I don’t think there will ever or should there ever be the absence of human-human interaction. I don’t call it artificial intelligence – I call it amplified intelligence. We’re coining this term AI3, meaning amplified, actionable and adaptive intelligence. We’re going to enhance the cognitive capabilities of a human being who can’t recall information at the speed and depth that we need to make the right decision.

How will the technology you are developing be used to treat cancer and other diseases?

According to a recent World Health Organization report, in 20 years, there will be about 24 million diagnoses of cancer per year. It’s an epidemic. There’s no question that we’re losing the war against cancer. The disease is so complex. It’s like whack-a-mole — you hit something and another thing pops up. And many cancer patients are getting inappropriate care.

How do we change that? The doctor is inundated with a deluge of information, or big data, and cannot address it in real time. So we’ve built a tool that is now adopted by most of the oncologists in the United States that takes thousands of protocols, the patient’s diagnosis, their biomarkers and their history and maps it in real time. As you treat the cancer patient with chemotherapy poisons, you’re affecting the genomic and proteomic profile of the cancer cell itself. We need to find the cell that’s now floating in the blood and do the genomic and proteomic analysis so we can predict early on what drug to give before it gets even worse.

In June, at the American Society of Clinical Oncology, for the first time, we will be presenting the results of the first 5,000 patients’ genome sequencing. We were able to do all theses analyses in less than 69 hours and provide the information of what drug to give to the patient based on their genetic fingerprint. We’ve built this clinical operating system to be completely inter-operable across the entire country as well as England, Canada and China.

Then we can present this complete information exchange to the pharmaceutical company and say, ‘Don’t treat lung cancer as one conglomerate disease, but as a multitude of rare diseases.’ The pharmaceutical industry used to always think that it needed to develop a blockbuster, billion-dollar drug. The problem is the blockbuster model before would help 20 percent of the people – say, with lung cancer. On the other hand, if you took lung cancer and you broke it down into 700 fingerprints of personalized medicine, you could have 90 percent response rate.

You have developed technology that helps the blind see. How does it work?

The technology is to have a camera recognize any physical object in the real world and then impart the knowledge of what the object is so the blind can hear from the camera what it’s looking at. In essence, we’re creating a seeing-eye dog with your mobile device. It’s very difficult to read money. Now you can take a $5 or $10 bill, no matter how it’s wrapped, and the camera will tell you what it is. That was released as LookTel Money Reader. We then released another app called LookTel Recognizer. It will let you recognize physical objects in the real world.

Are there other applications for machine vision?

In a sense, what we’ve done is created the actual browser of the physical world. Now the physical world can be brought to life by recognizing objects and curating information from the Internet. This also enables mobile commerce, including collecting coupons and closing a transaction. That’s in the context of NantMobile, which we’re about to launch in the retail space.

How will your information technology help the poor, particularly in LA’s inner city?

I grew up in South Africa. When I came here, I began to see that there is a medical apartheid in this country. The rich are well cared for, the middle class are sort of well cared for and the poor are just out of luck. A woman in Martin Luther King hospital in South LA called 911 from the hospital floor because no one was taking care of her. She died on that floor, and four hours later, nobody even knew she was dead. So I walked the floors where she was and went to see the doctor. I said, ‘How could this happen?’ They felt there was this inequality of information and care. She was Hispanic-speaking, so maybe it was a language barrier, but there was absence of care and skill sets down there. So they closed the hospital. But that wasn’t the answer.

The answer was to bring care down there. I’m glad to say [LA County Supervisor] Mark Ridley Thomas and myself fought very hard, and the hospital is about to reopen next year. The University of California system is bringing care there. And information technology will make it possible to have information transferred –whether you’re in South Central LA or Beverly Hills – in a patient’s time of need.

Kathleen Miles is Senior Editor of The WorldPost, a partnership of The Huffington Post and Berggruen Institute on Governance. This piece first appeared in Worldpost. 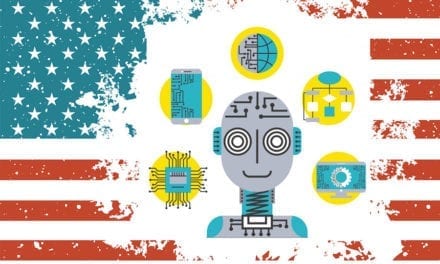 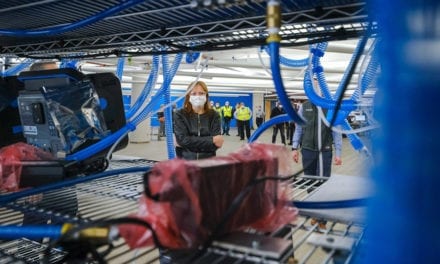 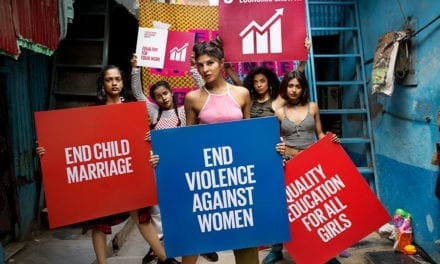 How to Report on the SDGs: What Good Looks Like and Why It Matters 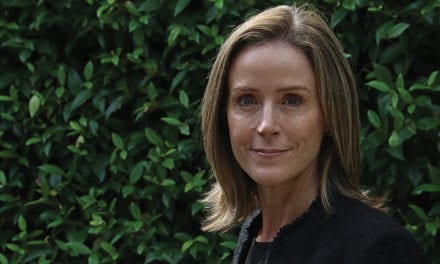 4 Ways to Meet the Global Demand for Real Change