The future of our world will not improve unless the future for women improves. It’s that simple.

My new level of anger is due mostly to my private conversations and public interview with the Oscar-winning women’s activist Patricia Arquette. I have to say she did a great job of radicalizing me.

Normally I play the role of wise consultant.  My profession centers on coaching CEOs to transform their cultures to be more agile and competitive by creating unique value for customers. Over decades of doing this work I found that most women are systematically better at creating and implementing customer-valued innovations than most men. Most often I found myself coaching women in mid-level positions to have more impact and influence on senior-level decisions being made by men. It really matters because new value is created faster.

Over the past two decades I have directly observed, and in many cases helped, women make game changing contributions at companies like Nike, Gap, Cricket Wireless, GE and others. Gap actually retained me to study all the research on the new rules of effective leadership necessary to succeed in the new disruptive economy.

The most profound insight that came out of this research is that women’s actual strengths of systems thinking, social intelligence and mental agility are more predictive of leadership success then the old authoritarian strengths of confidence, decisiveness and competitiveness.  Does this mean every woman is a better leader than every man?  Of course not.  But In the words of Marshall Goldsmith, “What got us here will not get us there.”  And the “there” I want for our future is a lot different than the “here” of our very troubling present.

My culture transformation work has been kind of a stealth effort to elevate more women into senior leadership.

We simply must do more, faster. Patricia Arquette’s conversations focused me on the tragic injustice of the systemic exploitation of women that has existed since the dawn of history. It’s true. The first known writings of a woman in Mesopotamia about 5,500 years ago were the advice of a noble woman to other noble women regarding how to influence their husbands and other authoritarian leaders to be more civilized.  It doesn’t appear much that changed.

This is the world we live in. It is dominated by male bias and the vestiges of a dying authoritarian leadership culture.  I am not convinced that the evolutionary pace of change is fast enough to save the world from its current insanity.  We have dinosaurs ruling the planet and we need an asteroid to create a new future.

It starts with bold lawmaking. Do you realistically believe that enough leaders will volunteer to change the status quo?  It’s doubtful. We live in a culture where people adamantly opposed mandatory seatbelt laws as an infringement on their personal right to take stupid risks. It was only when it became a public health issue that reason quashed stupidity. Business leaders always whine and complain about overregulation but we wouldn’t need regulations if businesses did not frequently exploit consumers, employees or the environment.

Regulation is probably the least efficient, but most effective way to get gender equality.

Because of the California Fair Pay act California companies are now going to have to submit gender-based wage data. Yes, it’s a regulatory burden but without it CEOs can continue to claim ignorance when it comes to cheating women from their fair compensation.

And yes, we need an equal rights amendment to the Constitution so that women can effectively bring claims of discrimination before our courts.

I really wish more CEOs understood what they are missing by not promoting women who lead like women into many more important executive positions. I wish men were much better at respecting women in the workplace and really listened to their social logic so they could begin to see the invisible impacts of every  corporate decision on their customers, employees and communities . . . but they don’t.  At least not many of them. Not really. So we must act!

The time has come for modern working suffragettes to petition their CEOs for three things.

More women with greater influence at the strategic table. At least a third of the C- Suite line leaders and 40% of corporate boards should be women.
Formally institute pay and opportunity equity accounting so companies have actionable data to recruit, pay and advance women fairly.

Institute the 3 Rules of a Talent–Centered Culture:
Results-driven workplace – flex time, remote work, video communication.
Talent-driven advancement – clear career path feedback, development, sponsorship.
Human-centered policies – generous family leave, work re-entry, childcare allowance.
These are not radical ideas.  Many professional services firms already operate this way because their talent is their product.  But the rest of the business world will not come along unless they are vigorously pushed.

Are you prepared to petition your CEO?

Would you be willing to march to his office?

Would you be willing to do a corporate sit-in?

You may think I’m kidding.

I’m not.  It’s not that CEOs are evil . . . they are just busy.  Too busy to put a lot of sustained thinking into the issues that are affecting your everyday work life on their long-term competitiveness.

So we are going to have to do something a bit radical to get their attention and to drive change.

It is simply not acceptable for millions of women to be paid less, have less opportunity, and too have little influence about our world’s future.

My oldest granddaughter is entering college this year.  The time for change is now. 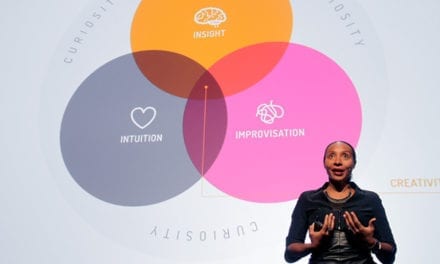 How to Be More Creative in Any Field and in Life 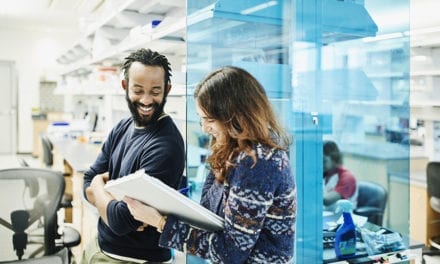 The 6 Conditions That Drive Innovation How Ted Turner Has Invested In The Future of Humanity