Transforming Police culture and reforming the Judicial system is a complex problem rooted in systemic issues that dredge up rage, hate, and suffering. These emotional states of mind prompt people to cast blame and erodes our ability to use logic and reason to unify everyone to solve this cancer eating away at our nation.

First, we need to outline the problem. We have a policing problem that is disproportionately deadly for people of color, but it is also one that puts every American at unnecessary risk. According to The Washington Post database, law enforcement has killed 4,890 individuals since 2015. Whites account for 60.4% of the US population and have experienced 2,473 law enforcement fatalities since 2015. Blacks and Hispanics make up 31.7% of the population, yet experienced 2,198 fatalities over the same period.”

Another critical aspect of the database is that 352 of the casualties were unarmed. The irony of the debate over this issue today is that by solving it for black Americans, we will also save more whites than every other race combined.

If race isn’t the only defining factor, then what else is at play here? The Prison Policy Initiative (2014) revealed that the incarceration rates of people ranging from 27-42 years-old were directly related to an individual’s income level. About fifty-seven percent of men were at, or below, the poverty level, with an additional 21% low income under $37,499 annually. Women’s incarceration rates were more drastic, with 72% at or below the poverty level, with an additional 13% were low income under $37,499 annually. It is clear to me that the Judicial system judge’s lower-income individuals differently than everyone else. It makes you wonder how much you could save in policing and incarceration by raising the minimum wage, so fewer working people were being denied a living wage and still living in poverty.

Spanning more than a decade, the “warrior” mentality training from law enforcement has instilled fear in their interaction with communities. This fear has escalated situations, eroded trust, destroyed the perception of law enforcement, all while creating a vast divide between law enforcement and communities they are supposed to serve.

But, that’s enough about the problem; let’s look at how humane policing addresses this complex issue with innovative solutions that can transform police culture, while not ignoring the judicial system.

My approach to humane policing is already recognized as an effective approach. Similar methods have been adopted by Seattle-based Procedural Justice, who design programs to “slow down” police officers thought processes during encounters with citizens, and The National Initiative for Building Community Trust and Justice, that has activated programs in six sites across the US and extended their scope to include interventions between police and victims of domestic violence, youth issues, and the LGBTQI community.

Our collective efforts are putting community first, with interactions that focus on respect and empathy. Our work can facilitate corporate crisis management, too. When Starbucks closed 8,000 stores in 2018 for several hours of racial bias training, humane policing was perfectly positioned to advise on staff training, and could easily become a future resource that goes beyond law enforcement.

Australian social science research professor, Lorraine Mazerolle, in her book Procedural Justice and Police Legitimacy, offers a systematic review from 15 different research studies done in Australia, the UK, the US, Israel, Trinidad & Tobago, and Ghana; that show an improved perception of police from interventions that focus on a more humane approach to policing.

However, my approach to humane policing goes further and creates systematic change within agencies to be accepted and valued by their communities.

First, we need to remove the fear from law enforcement training and replace it with additional communication training. When personal safety is not an imminent threat, we need to promote compassion, empathy, and understanding. After determining the lack of an imminent threat (which there typically isn’t), a peace officer’s first question to themselves should be, “How am I going to help this person?” Asking this question alters the dialogue of the conversation, and drastically affects the outcome of the situation. Removing fear removes the likelihood of an officer going into “fight or flight” mode.

Law enforcement currently enforces the negative behavior of people when enforcing the law. This can be seen in the reports of most agencies. Reports routinely include an individual’s negative behavior to justify using force or adding additional charges of resisting arrest.

“Education is the most powerful weapon which you can use to change the world.” — Nelson Mandela

Reports rarely include the positive behavior of people — such as how honest or cooperative the individuals were. My organization, Humane Policing, has spoken to numerous district attorneys with the idea of promoting the positive behaviors of people. This would be done with a quantitative scale of how cooperative an individual is when facing arrest. The DA will reward collaborative individuals with a better plea deal than those who are uncooperative. Some types of crimes would be excluded from the plea scale, like sexual assault and other violent crimes. Cooperation has to be the goal, and forcing compliance should be a last resort.

The primary law enforcement training is reactionary: “shoot or don’t shoot.” This training puts an over-dependence on an officer’s firearm. Law enforcement needs more reactionary training on the use of less-lethal options and to have them ready to use at first contact. This will immediately improve the preservation of life and allow better choices for a Peace Officer. A Peace Officer’s mental health is strained by dealing with traumatic situations. The current negative perception of law enforcement as a whole has forced many of them to internalize the burden. It explains the all-time high rate of suicide among law enforcement personnel.

Humane Policing wants to create a partnership between law enforcement and local children’s hospitals. This partnership would allow officers to volunteer at hospitals when on modified duty — from an injury, administrative inquiry, or just being burnt-out. This will enable peace officers to reevaluate their self-worth and restore purpose to the community and change their outlook from negative to positive. This approach is already a consideration for combat deployments in the military, where the number of active months are considered against soldiers under unusual stress. A similar approach for law enforcement officers could be based on the intensity of situations, or length of time in areas of high crime.

Humane Policing is committed to improving the relationship between Law Enforcement and the communities they serve because our children and grandchildren deserve a more united country. 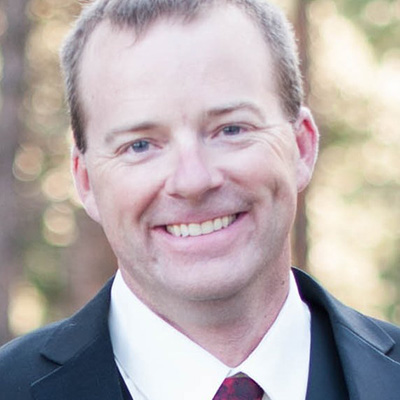