Could You Live On a Dollar a Day? 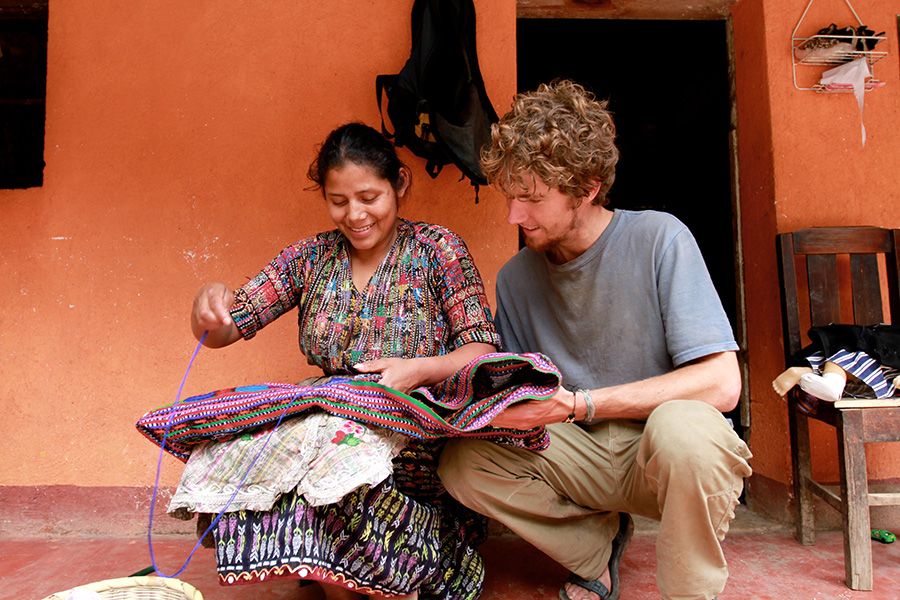 Is it possible to scale your life down to the bare minimum and survive on a daily income equivalent to buying one song on iTunes? Chris Temple and Zach Ingrasci discovered what more than one billion people face every day.

Chris Temple and Zach Ingrasci started an unusual journey in 2010. Armed with only two cameras, a handful of cash and lots of hope, they set out to spend the summer living on $1 a day in a rural Guatemalan village. Their academic and professional understanding of economic development didn’t quite prepare them for what they would experience.

They battled intense hunger, parasites and the realization that there were no easy answers, but ultimately the strength of their neighbors and friends along the way gave them hope that effective solutions to making a difference might exist. While in Guatemala, they released short YouTube videos about the experience to help their friends learn alongside them in real time.

The videos quickly received over 700,000 views, and inspired them to complete a feature-length film, Living on One Dollar, aimed at mobilizing others to help end extreme poverty. After graduating, they hit the road for four months in a renovated 1978 school bus to share the film around the U.S. The tour events sold out in 20 major cities and culminated in an extended interview on CBS This Morning with Charlie Rose. The film has gone on to win Best Documentary at the Sonoma International Film Festival, and received endorsements from Nobel Laureate Muhammad Yunus, USAID Administrator Rajiv Shah, and the Director of The Hunger Games, Gary Ross.

In 2012 the pair launched Living on One, a production and social impact studio that creates films and educational videos to raise awareness and inspire action around extreme poverty. Now two years down the line, Temple recalls the gap year that changed his life. “I grew up in Connecticut in a sheltered, small town community and I wanted to try something that was off the beaten path,” he recalls. The journey began in South America where he travelled through Argentina and then up through Bolivia and Peru.

During a home stay in a rural village in Bolivia he noticed a massive sign that read: ‘USA ID sponsored.’ The locals explained that a massive shower and bath facility had been built but no one had ever used it. When asked, community members explained that, “A guy came and built it, never asked us, and then left with the key!” It was Temple’s first frustrating glimpse at charitable development.

He couldn’t understand why something like this hadn’t been fixed yet. “My arrogant 18 year-old self decided that I would get involved and figure out a solution to global poverty,” he says, “But I was totally clueless!” Arriving home he read a couple of books about poverty alleviation, particularly The End of Poverty by Jeffrey Sachs, that mentions a concept called micro-finance. “It sounded really cool and way more grassroots and bottom-up than some of the ineffective development strategies that I had seen while travelling,” says Temple.

Fired up with enthusiasm, Temple applied for different jobs within micro-finance but didn’t get a single one – he was 18 years old and inexperienced. Eventually, a lucky break through a YPO member saw him helping out at a New York-based micro finance startup. He got to travel with one of his idols, micro finance pioneer Mohammed Yunus. Temple soaked up as much information as he could. Meanwhile, a lot of his friends were asking about his gap year and how they could get involved.

He met his co-founder Zach Ingrasci around this time and together they built the Living on One network, putting up a website and providing opportunities for people to get involved in micro-finance that served poorer communities. The website was aimed at harnessing the power of their generation and it worked. They set up Facebook page that allowed users to set up a profile and engage on forums and it grew to be one of the largest in the world, with students from 170 universities 49 countries taking part. They took 100 students to conferences in Kenya and Spain to get firsthand experience and to meet Mohammed Yunus and industry leaders.

Despite the impressive numbers and achievements Temple and Ingrasci struggled to find a job as their college years drew to an end. Industry players told them, “You don’t understand poverty and were not going to hire students fresh out of college.” “They said we had no reality of living in extreme poverty,” recalls Temple. “We were also frustrated at how the media portrayed poverty – really boring, ten-year-old, guilt-based documentaries that we fell asleep watching.” They realized that to walk the talk they needed to live on one dollar a day themselves.” They chose Guatemala.

The country has 50 percent of the population below the poverty line, with the number rising to 75 percent in rural areas. It was the perfect case study for an affliction what plagues over a billion people on the planet. It wasn’t easy. Temple contracted Giardia and E-Coli at the same time and remembers waking up in the mornings lying on a dirt floor, after being bitten by fleas all night. “We didn’t know if we had enough money for food, let alone the cost of medicine,” recalls Temple.

“We often hit a real low, when we considered going home or giving up, but sadly this is a reality that many others have no choice over,” says Temple. As economics majors, Temple and Ingrasci had to try hard to budget on a dollar a day. They realized that not having a bank account meant no access to traditional financial services. For the community around them, that daily dollar was not for food alone, but also for your kids education, firewood, transportation, medical emergencies, general emergencies and unforeseen events. Temple has learnt some lessons from his experience.

“Firstly, create understanding and real connection between people,” he says. “More fortunate people must realize that it’s not laziness or lack of ability that’s holding people back but rather a lack of opportunity. They also concluded that if they had moved from a dollar a day to a dollar fifty a day, it would have increased their daily calorie count dramatically. “Fifty cents extra might not seem like much, but it’s a massive change for someone living at that level.”

The experience would have been wasted, in their eyes, if they hadn’t shared their ordeal with as many people as possible, in the hope of sparking some kind of action. “We came home with over 300 hours of film footage and our YouTube video started getting a lot of attraction,” says Temple. “While in Guatemala, our online video received around 500,000 views,” he says.

A TEDX talk that followed made them realize it was an effective way of educating an audience and rallying people around global poverty. While the gap year had been informative and they had collected huge amounts of data they were now at a crossroads: try and find jobs or take the film, run with the idea and try to build a business out of it. It was a huge gamble. They decided to turn the idea into a viral marketable campaign and took it on the road.

“Someone gave us an old beaten-up 1978 school bus, so we took out the seats, put in beds, desks and solar panels and drove around the country for four months, visiting 25 major cities,” says Temple. “We raised about $40,000 for microfinance, poverty alleviation, education and scholarships.” Offers of free marketing exposure, donations and lots of support from the start has evolved into an enterprise that now sells T-shirts and sandals that benefit the rural Guatemalan manufacturers.

Their film is also available to download on iTunes and the pair are for hire for speaking engagements at public events. A dollar from every film downloaded goes into an educational scholarship to send one of the women they met in Guatemala to medical school. This added social dimension has resulted many people paying $20 for the movie, despite it only costing $9.99.

“To become a real leader you should want to create positive change in the world,” says Temple. “Take chances and then get out of the way for the sake of the cause.” 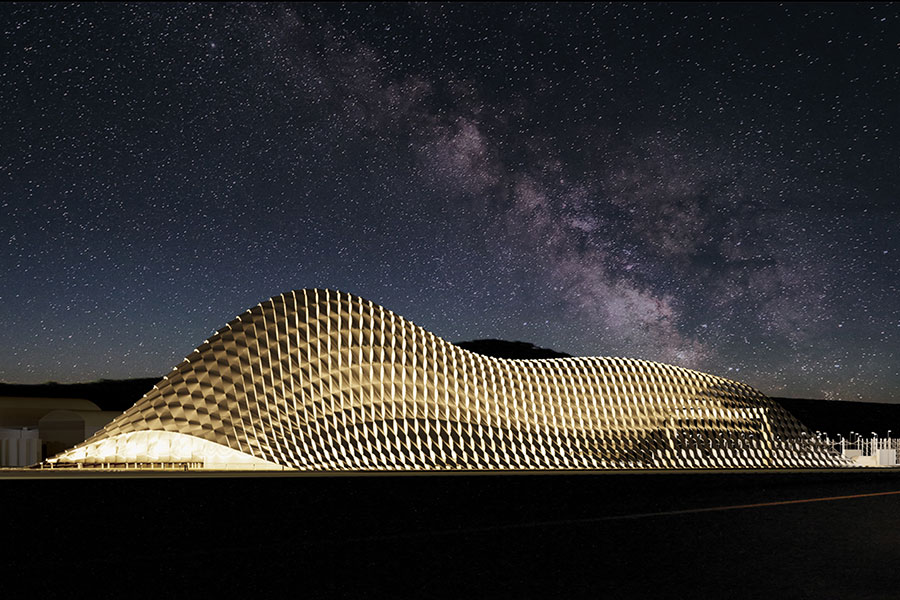 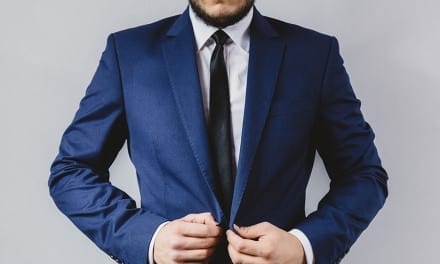 Top Tips for Writing Your Résumé 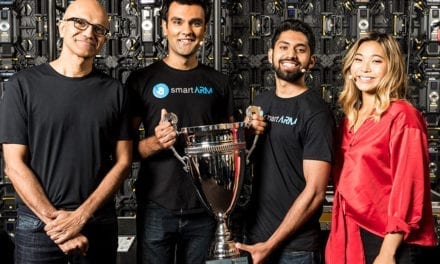 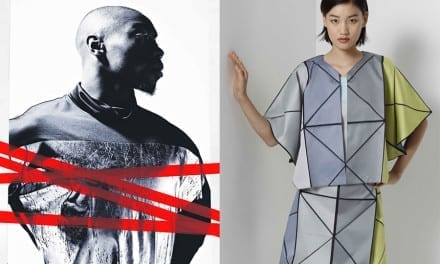 Would you Wear Sustainable Rather than Fashionable?