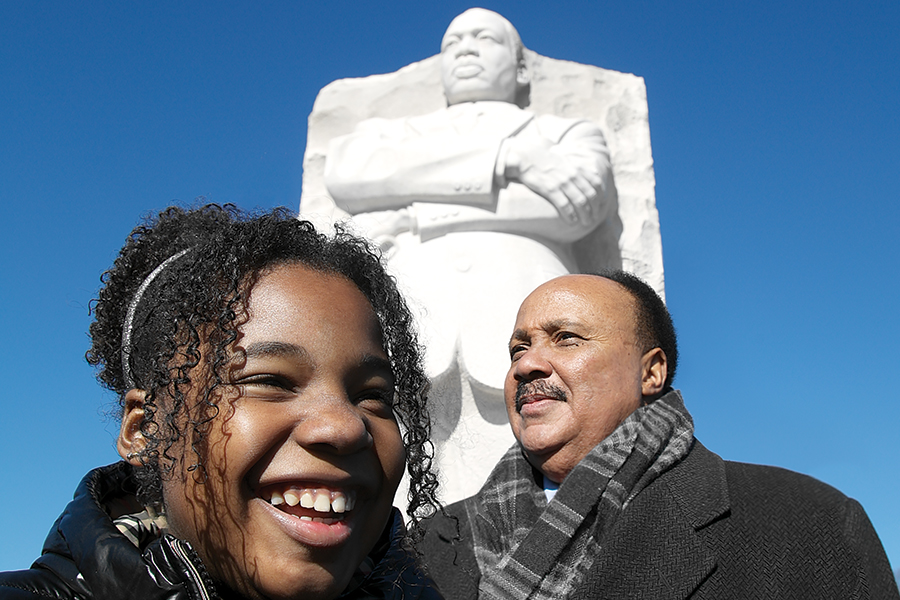 As Baby Boomers retire and our world begins the largest transfer of wealth in human history — an estimated $30 trillion — a significant part of these assets will go to the descendants of family-owned businesses. According to the Conway Center for Family Business, the largest portion of wealth in the United States resides with family businesses, and the U.S. Census Bureau reports that 90 percent of all businesses in North America are family owned.

According to a 2015 Harvard Business Review article, “Leadership Lessons from Great Family Businesses,” family business leaders focus on the next generation — not just the next quarter. They usually put employees and customers first and dedicate their organizations and their personal time to social responsibility. At their core, family businesses have stronger values, dedicate greater resources to worker motivation and leadership, and measure success in ways other than just growth and profit. Their culture often encompasses a strategy akin to The Golden Rule.

In this exclusive interview, Real Leaders explores the leadership philosophy of Martin Luther King III, and shares his insight on how your family can grow and sustain a mission-aligned leadership culture that transcends your next generation and beyond.

The Martin Luther King family describes what family leadership looks like against a landscape of global problems and then helping us pivot to a more specific discussion on family business leadership.

Where to focus family leadership efforts.

There are monumental world issues that we should focus on as a society. Climate change is among the most important because if our water and air are polluted, then everything else is for naught. If we don’t find ways to address it, we’re going to all be in trouble.

So many people look to the United States for leadership, but we are the most divided we’ve ever been. We can’t focus on one political interest — we have to look at what serves humanity. Leaders need to help communities get above the noise and think at a different level.

As a family, we are focusing on peace, justice, and equity. While that’s furthering the legacy of my parents, it’s also the legacy of our family in general, and our 11-year-old daughter is working with us on it, too.

Role of individual leadership in moving the needle on world problems.

Importance of listening to young people.

The truth is that young people are leading the rest of us. The Parkland students are a perfect example. They worked very hard to mobilize people around the country so that the needle can move on responsible gun legislation. These young people are totally engaged and leading us. I haven’t seen a movement like that since 1963 when 3,000 kids were arrested in Birmingham attempting to desegregate the city.

“No one person, no one organization can do all this work. It’s going to take a collective. Leaders need to help communities get above the noise and think at a different level.”  — Martin Luther King III

I go to schools and ask kids what they are worried about. Too often, they say they’re concerned someone will come into their school and shoot them. Think about that: Our children have to practice what to do if someone comes into the classroom shooting at them. Our society has accepted a culture of violence. Instead of focusing on eradicating violence, we are focused on teaching our children how to cope with it.

I’m inspired by children and how easily and naturally they take action. Unfortunately, adults don’t tend to get involved until they are affected by it directly. When there’s a catastrophe, we get engaged. But the kids are showing us that we can get engaged at any time. Adults just have to learn how to disagree without being disagreeable.

On encouraging a culture of leadership within families.

I’m always telling my daughter, Yolanda, that she has to be authentic. She’s been around leaders in her family for generations — parents, grandparents, great-grandparents, aunts, and uncles — we’re all involved. But I tell her she has to find her own authenticity. You don’t have to be like us. Be your best self. You’ve got to find your way.

She got a chance to speak at the March for Our Lives, and she went way beyond what I would have said because I am regimented by the laws of our land. At the event, she said she had a vision, her own dream (see sidebar, “Yolanda Renee King: I Have a Dream, Too.”) We did not help her with this speech or give her any guidance. She said, “I know what I want to say.”

Lessons learned from my daughter.

From day one, she’s had an interest in homelessness and poverty. I never pushed her, but I’m thankful she has this interest. Families that lead let their child be who they want to be. And what if your kid is not focused on being their best self? Exposure is everything. Every kid has a gift, and when they find their gift, they are motivated to work on it because it’s what inspires them.

Yolanda knows what’s happening and why there’s a need to focus on U.S. poverty. If a kid comes to school hungry, they won’t have the energy to do anything. Principals tell me they have many transient students. There are apartments out there where you get your first month’s rent free, so after that, they move. They are constantly moving because they can’t afford to stay, and the kids never get a chance to adjust. Many in our society are completely unaware that these kinds of things are going on. How do we inspire kids to be leaders until we fix these problems?

Some time ago, I visited a school in Sudan. The school was in a tent — in fact, the whole place was a tent village. Our sponsor provided us with a shiny black Mercedes to drive out there. We got out of the car, and the kids started running out and pointing at the car and then running back in and bringing out more children and pointing at the car. And I thought, “Wow, materialism has even made it out here to these kids in Sudan.” But then I realized that the car was so shiny they could see themselves reflected on it. They had never seen a mirror before and were seeing images of themselves for the first time.

You may think you know what’s going on, but it’s all a matter of perspective. American kids often don’t realize how bad other kids have it. Exposure helps them realize, and then from that comes the desire to help others. Parents want to protect their children’s innocence, and that is preeminent. But we still need to let them grow up. Leadership-oriented families expose their kids to things so the kids can embrace the problems and become part of the solution.

Hardest thing about living a consistent life of  leadership.

Most challenging is staying authentic in a nation where everything is quickly changing. You have to maintain your values and not let society change who you are and who your family is. But you do have to compromise to stay relevant.

We are focused on creating partnerships to align people and families who can help us with what we want to achieve. That’s what it’s going to take. No one person, no one organization can do all this work. It’s going to take a collective.

That’s what leadership is about — building this collective of collaborators. My dad would have called it creating the beloved community. And that’s what my wife and I, and even Yolanda, are focused on right now: creating these collaborations to continue the legacy and unfinished work of my parents.

Real Leaders:  Like your grandfather, you have a dream, too. Tell us about your dream.

Yolanda Renee King: I have a dream that this will be a gun-free world. We really need to solve this conflict. With a lot of young activists around the world, I think we can do it. We’ve done the rallying, but now we need to campaign to Congress — and we need to find a way to get this issue to the UN.

What makes someone a good leader?

A real leader wants to make a difference. They aren’t just doing it because they have to or to impress people. If that’s why you’re doing it, you’re not a true leader in your heart. Maybe you’re doing things as a hobby, but it’s not your purpose.

A leader needs passion. For example, Greta [Thunberg] has passion for saving the environment. But you don’t need a world voice. You can start things in your own community because even if you’re just doing something for your family, or your little town, or your small school, that’s still making a difference. And that’s better than sitting down and doing nothing and watching the news and saying, “Oh, that’s too bad that happened. Oh, well.”

What are some things that make your dad a good leader?

Well, I probably have to go through a long checklist. It makes him happy to help people and help the community. He’s not just doing it to follow in his parents’ footsteps; he does it because it’s his passion.

He is courageous and brave because not everyone is going to agree with what you say, and he doesn’t let that bother him. He just gets back up. And sometimes, he doesn’t even let the other person push him down. He has thick skin.

Most grown-ups are good people, and they try hard. But where do you think grown-ups could do better?

We have some problems today because of things the grown-ups did a long time ago. They made a mess and left it standing there, and now we’re picking up their mess.

Accidents happen, but some things, the grown-ups have been doing on purpose. They keep doing it, and they leave it and never come back to clean it up. And now, people who are totally innocent, it will impact their generation unless they clean up the grown-ups’ mess.

So maybe they could do better by cleaning up their own mess. Or stop causing the mess. It’s never too late.

If you could wave a magic wand and change some things in this world, what would you change first?

I would change for all of us to get along. If we have peace and justice, then we probably wouldn’t be shooting each other. And all that hatred and negativity would get sucked out of everyone. There would be no more impoverished communities if we had peace. So, I would do one big magic spell of peace because that one big spell would take care of everything.

This whole world is one big community if you think about it. We shouldn’t hate anyone because they are a human being. Most of our world problems are caused by people. If every person was treated with dignity and respect, that would solve most of the problems in our world. 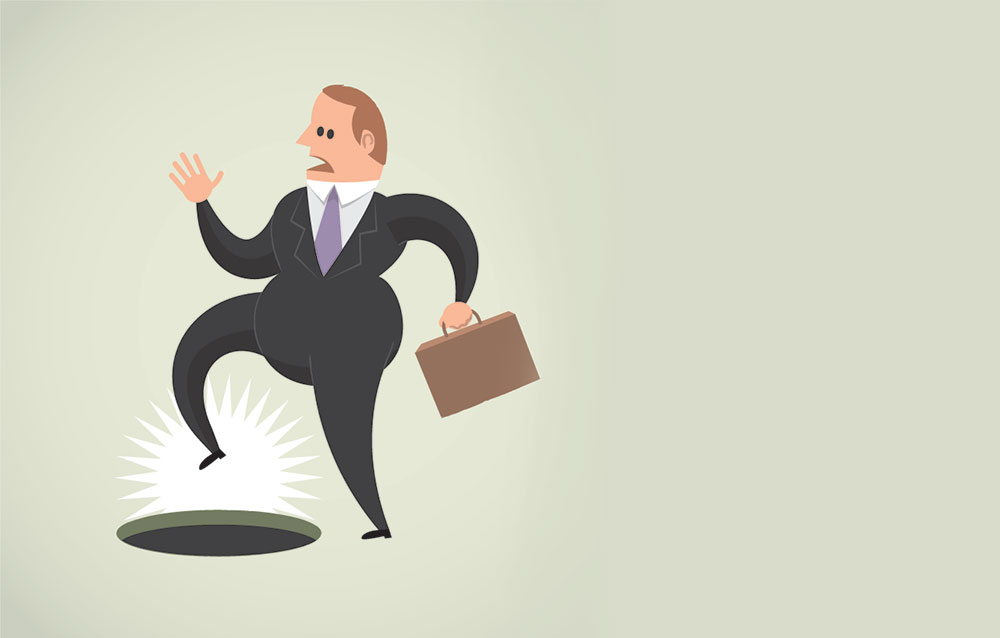 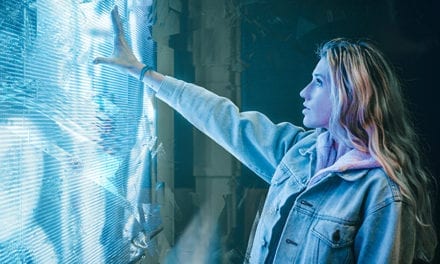 How to Become an Exemplary Leader of Introverts 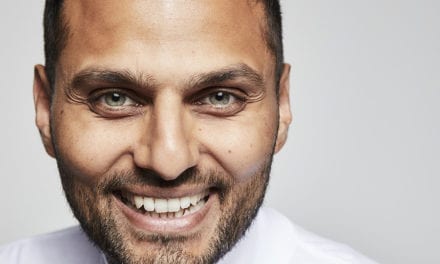 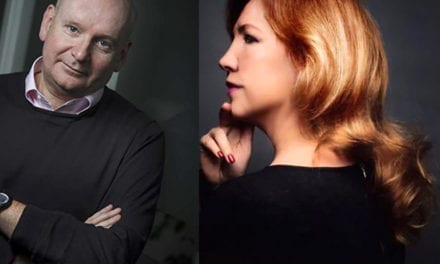 Traditional Leadership Has Done a Terrible Job. Here’s How to Fix it