In the immortal words of Tom Petty, “It’s good to be king, if just for a while”

Great song, great line, and, although I’m a democracy guy, a fun idea every now and then. So, I’m going to give it a shot.

I think it’d be nice to snap my fingers and do some good in a kingly fashion if only to address the urgent crises of hyper-partisanship and distrust.

Not very exciting, I know.

But watching the January 6th committee hearing recently astounded me anew that proven facts are still being contested—making clear that the political divisions in this country are so prevalent they are distorting elemental facts that should be agreed upon.

So, if I were king for a little while, this is how I would address some of the serious challenges facing America.

1. I would insist on redistricting reform

One of our biggest problems is the “incumbentcrat.” This isn’t about Democrats or Republicans. It’s the elected creature hell-bent on one thing, their own re-election. Incumbentcrats.

The incumbentcrat has one goal: hold on to power, which is a lot easier if their seat is more secure.

I’ve seen this design flaw in the system up close. I was in charge of redistricting for one of the two major parties in Wisconsin following the 1990 census.

Incumbentcrats want “safer” districts. But the implications frequently outlast their own tenure in office. As members of the legislature retire, die, or move on, the seats they occupy are then challenged. And the problem is that the voters who decide election outcomes in a gerrymandered district are primary voters, and who are primary voters? Well, by and large, they’re the loudest, most passionate voices who typically are further to the left or right.

This affects legislative branches of government both at state and federal levels. It’s a cycle that repeats itself and increases our political divides with every new election—from members of Congress down to state representatives and even local offices that are often the breeding ground for future state and federal legislators.

The district’s turbocharge polarization, pulled either too far to the left and right.

Eventually, anything pulled in opposing directions will rip. And when it comes to our politics, what’s ripping apart is any semblance of unity in American politics.

This is why we have to draw these districts differently. We have to eliminate partisan gerrymandering to make more districts even and more competitively balanced.

How? Get the politicians out of the line drawing business. Independent, non-partisan commissions should establish the boundaries of legislative districts going forward.

2. My second act as king would be to require universal, mandatory public service

Our political polarization means we self-sort – no longer running in the social circles of those who don’t agree with us.

This divide has been growing for years, and the advent of technology and proliferation of partisan echo chambers has turbocharged that separation. Covid has been more accelerant poured atop an already raging inferno.

If we have any hope of repairing the breach, we best start talking to one another again, and the best way to do that in a way that lasts is by starting ‘em young.

I’d insist on universal, mandatory public service before the age of 25 for every American.

Imagine whole generations spending a year giving back and forging relationships with people unlike those they grew up with—regardless of economic status, race, gender, or political leanings.

Learning to work together and doing the greater good.

The public service itself could be anything. AmeriCorps, Peace Corps, military, a new version of a New Deal jobs program around infrastructure—it doesn’t matter.

The point is to get people together to rise above their differences for a common goal—the common good. It’s a key quality missing across the country today.

3. The third reform I’d make is to create a fact-based news source of pure data, void of all bias

We live in an era where people conflate opinions with facts.

This is an entire article in and of itself, but on a fundamental level, unless we understand basic facts and agree that 1 + 1 = 2, progress will be stunted, and division will worsen.

How many facts did you get right?

If your score is better than one-third, congratulations; you’ve beaten the average monkey. Statistically, monkeys would get one-third of this test correct by randomly guessing.

And they’d outperform most Americans.

As you can tell from the quiz, the questions prey on our biases. If we feel like global warming is worse than it is, or better than it is, we’ll answer accordingly.

Hans Rosling’s book Factfulness: Ten Reasons We’re Wrong About the World – and Why Things Are Better Than You Think dives deeper into this pervasive issue. It’s all in the title—we’re wrong about a lot of facts a lot of the time because we, as Americans, don’t understand them, don’t know them, and often mistake opinions for facts because they confirm our biases.

I’d create a fact-based data portal. Just facts, not opinions, with the transparency and accountability measures required to make it trustworthy and easy for all to access.

4. My fourth decree as king would be to create an economic model that rewards impact

There’s a great book called Impact: Reshaping Capitalism to Drive Real Change by Sir Ronald Cohen. For context, Cohen co-founded Apax, a large venture capital private equity fund in the UK. He’s a successful man who made hundreds of billions of dollars—and his contention is we don’t measure impact.

But we have to. And I agree.

I’m a capitalist. I’ve spent my entire life as a capitalist. People in our country have made great wealth and accomplished enormous good under capitalism.

But we have got to find a way to evolve capitalism forward in such a way that it rewards impact more than it does wealth already in hand.

Our economic model as currently constructed does not live up to that standard. Even worse, the current system allows those with wealth to accrue more and more stuff—the nicest homes, the nicest cars, the nicest clothes, etc. in a way that furthers the cultural divisions entrenched within widening inequality. We can do better than that.

And we have to start.

Because the problem sets we face as humanity require innovation, risk-taking, and impact more than they require generational wealth. So let’s reward positive impact, and prize those who give back to the world as much, if not more, than we prize those who already hold a disproportionate share of the world’s wealth.

Tom Petty was right. It can feel good to be king, if just for a while, even if you don’t have all the gory details totally figured out.

But these four solves are where I would start.

My question to you is if you were king for a day and you could make society or the world a better place, where would you start? I’d love to hear your thoughts. 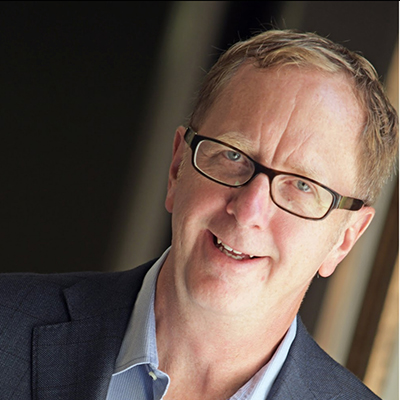 John Rogers is the founder of RL Leaders. His expertise is strategic planning, industry disruptions, and running high-impact campaigns, including messaging campaigns. He was named Deputy Assistant Secretary of Defense for Plans and Operations at 32 years of age. Since then he has established several businesses, run numerous national campaigns, and served as the CEO of a $1 billion plus privately held company. His first book, an Amazon best-seller, “The Renaissance Campaign: A Problem- Solving Formula for Your Biggest Challenges,” advises policy makers and businesses leaders on innovation, “campaign methodologies,” and policy insights.