How Lucky People Get Lucky

I was having a coaching session with an executive yesterday who told me an interesting story about luck and leadership. He said that when he was a young man he had lunch with a very successful business leader who gave him advice that changed his career and his life.

The business leader said he always asked one question to anyone he was trying to hire. The questions was “are you lucky?” He said when people answered the question “no, not really” he avoided working with them or hiring them. On the other hand, he said he rarely made a mistake by hiring anyone who thought they were lucky.

Now we know why your personal view of your own luck is a pretty good predicator of how successful you really are.

Yes, there are people who study luck, mostly economists. They loosely define luck as the amount of positive opportunities an individual might have within a given period of time. It turns out there are many factors that create a high number of positive opportunities. The most unfair of these is height. It’s probably no surprise that tall and handsome men and pretty women seem to have more opportunities than more average folk. But that shouldn’t discourage us. After all, Dustin Hoffman has a great career in Hollywood even though he is short and, well, rather dumpy looking.

So what are the things that you control that make you not only feel lucky but actually more fortunate?

First, and most importantly, luck is the result of an opportunity-seeking orientation. Economist have discovered that people who see the world through a lens of opportunity rather than a filter of risk actually do have more opportunity. Opportunity seekers talk to more people about a wider variety of subjects than average people. This kind of open-minded communication with strangers and new acquaintances simply open doors that were never knocked on by people who don’t consider themselves lucky.

Second, lucky people tend to be intensely curious. They have diverse friends, travel off the beaten track, read on a wide variety of subjects and generally have unquenchable thirst for new information. Above all, they maintain an open mind. It’s not easy to consider facts and evidence contrary to your current opinion but that’s what lucky people do.

They are agile and adaptable which makes them pay close attention to what is happening, rather than what they want to make happen. This allows them to adjust their methods and focus their energy on what’s working. This kind of creative persistence actually makes them lucky.

The generally accepted folk wisdom about good fortune is that we “make our own luck.” Perhaps most people interpret that as simply working hard. But hard work alone doesn’t produce good fortune. There are plenty of people woking very hard in coal mines, would we consider them lucky? Yet, we indeed do make our own luck. Just consider your own life. When you’ve been really fortunate has it been the result of you seeing opportunity, being open-minded and creatively persistent? Is there any area in your life when you feel stuck or even unlucky?

What opportunity might you seize right now to improve your luck? 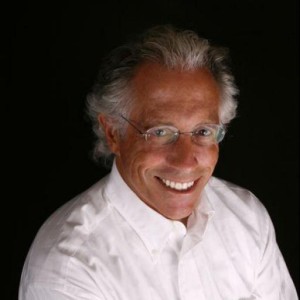