A few years ago, I began developing team-building and coaching programs around nature. I learned how animals and nature had a way of cutting through the masquerades of executives to allow more in-depth, more honest conversations. I’ve taken teams to mountains and horse ranches, but never to swim with 550 lbs tuna.

Early this year, a client called and asked me to design a program for a tuna tour. He asked, “can you do that?” and I said “Of course!” before I even knew what we were talking about. A few months later, our driver fetched my client’s team at the Tarragona train station, a port city in northeastern Spain’s Catalonia region. We turned off our cellphones and began to leave our problems and “to do” lists far behind, as the quiet rumble of the bus took us to a holiday home we had rented for a few days.

Once settled in, we walked to a small “Cala” – a small, rocky beach enclosed on both sides – and did some stretching to help ground our bodies and quiet our minds. The wind blew all around us, as if playfully whisking away our worries and evoking deeper feelings about who we were, why we were there, and what we wanted to improve in ourselves.

One thing I love about working in nature is the sheer power she holds over every single one of us. It’s only a matter of time before we each melt into a softer, more humane and more sensitive version of ourselves. “Nature does all the work,” as a fellow trainer once told me. I also love that I never know what’s going to happen next, and what happens seems to always be precisely what we needed to grow as a team.

My client has an excellent sense of humor. He’s from the North of Spain; the Basque country. Basque men are strong, no-nonsense lads, yet sensitive at the same time. More often than not, they’ve lived with a fair deal of emotional pain around them, since forever. Like the Northern Irish, they’ve also learned to laugh in the face of adversity, and laugh we did, throughout our program in Tarragona.

Twenty-four hours later, we were ready to embark on our tuna tour. We’d already shared much personal information between us through several exercises, and practiced mindfulness routines to help us unwind. All this was in preparation for the main attraction: swimming with massive tuna fish in the ocean.

Balfegó Tuna started their business eight years ago. They created a 50-meter wide pool surrounded by a vast net, 20 minutes off the coast. They now have 17 different pools, like this one, where tuna are fed varying amounts of fat to satisfy different consumer preferences.

Once a year, they go out to hunt for tuna the Mediterranean with an official inspector on board to ensure they don’t catch more than their yearly allocation. They find tuna in areas they go to mate, and two boats work together to entrap the fish in a huge net and transport them slowly back to the Balfegó offshore pools. Tuna fish lose up to 30 percent of their body mass on the long journey back to mating spots, so Balfegó feed them for months, until each fish is sold. Until then, the animals continue to swim around in their natural habitat, getting free food and even getting on with mating while still in season!

It’s in one such pool that our boat drops us — to swim and observe the spectacle of 550 lbs fish swimming peacefully around. Food was thrown into the water to give them a reason to come up to where we were, as they typically live 50 feet under the surface. We wore neoprene suits and masks to resist the chilly water and sunk into the water to blend into this amazing spectacle.

To be honest, I didn’t expect to learn much or grow from this tuna experience. I had already designed many other team building activities for that week to ensure a successful result for my client. But this experience moved us in a new way. It changed our opinions and opened us up to the spectacle of life and death.

It inspired us to see how some entrepreneurs had found more humane ways to treat animals. We arrived at the conclusion that Balfegó tuna taste better because the fish don’t suffer a stressful or painful death. Once a fish is sold, a diver goes down to kill it painlessly with a water pistol. Because mating continues, fertilized eggs can easily drift through the nets and out into the open sea, allowing Mediterranean tuna populations to be sustained.

Several team members experienced a profound shift in themselves. Some learned to manage their own stress when faced with an unknown situation. Others activated old, very primal emotional patterns which affected the way they protect their personal space and interests at work. There were plenty more personal revelations among the group, each revealing new sensitivities.

The Balfegó’s tuna tour did something to us all. I was amazed by the mood afterward: The honesty and the sharing of feelings. There were realizations among sophisticated bankers who had never before talked in this way to anyone. There was an undeniable sense of us all being connected to the ocean and the life it nurtures on our behalf. For a couple hours, we were all one, in the circle of life.

Imagine what we might become as a species if executives and decision makers experienced this example of real leadership from time to time. 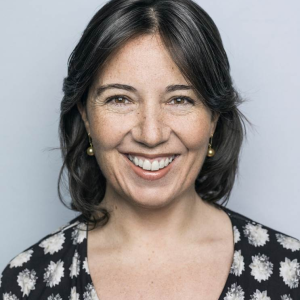