General Electric CMO Beth Comstock (above) believes marketing is about seizing opportunities. That’s why she’s constantly on the lookout for innovation, driving GE’s partnerships in healthcare and clean energy. It’s why today’s GE is utilizing video and social media to tell a global story with a local accent, and why tomorrow’s will see the integration of people and machines in a truly wired world.

“To be an effective marketer, you have to go where things are,” says Beth Comstock. “You have to see what’s happening and be a translator. You have to immerse yourself and not be comfortable sometimes.”

The General Electric CMO is sitting in a sleek conference room in the GE Building high above Manhattan’s Rockefeller Center. When Comstock speaks, though, she conjures up images of rural doctors in China and farmers in Africa. These developing markets and technologies are what Comstock sees when she thinks about the future for GE and marketing in general.

The 52-year-old often describes her job as “connecting the dots”–between GE’s seven segments (Power & Water, Oil & Gas, Energy Management, Aviation, Transportation, Healthcare, Home & Business Solutions), its many markets, and between the company and the outside world.

It’s something Comstock regularly does as head of GE’s sales, marketing, and communications, and in her management of the company’s multi-billion-dollar Ecomagination and Healthymagination initiatives, dedicated to environmental and health care innovation respectively. In her travels and conversations with customers, she constantly scans for patterns. “When you’re in this business, you see a lot of things,” Comstock notes. “Marketers are in a great position to notice if something’s happening in an industry like energy or healthcare.”

What separates the good marketers from the great ones is the ability to translate those observations into insights that can move a business or product. As Comstock and her 5,000 GE marketers set about trendspotting in 2013, her top insight for the new year is that marketing’s mandate will continue to grow. “It’s no longer enough to just be about brand and communications,” she says. “Marketing is now about creating and developing new markets; not just identifying opportunities but also making them happen.”

GE has been cultivating new markets by creating customer innovation centers in places like China. Its Chengdu facility, for instance, brings together local workers, GE marketers, and researchers to collaborate on new initiatives in mobile, affordable healthcare, and green energy. It opened in May and has already developed two new healthcare products (GE isn’t ready to name them) that will launch locally with the potential to roll out to other markets.

Under Comstock, GE has also been importing fresh ideas through competitions, partnerships, and guest talks. She likes to call GE “the world’s oldest start-up,” but admits the 134-year-old company needs partners to accomplish its more ambitious goals, whether it’s developing clean energy sources, or rolling out smart grid technology worldwide.

One recent ally is Los Angeles-based Oblong Industries. Best known for making the multitouch interface featured in Minority Report, Oblong entered one of GE’s Ecomagination open innovation challenges. “They hadn’t worked in the energy space, but we felt they could help us visualize the smart grid,” says Comstock. After funding a proof-of-concept pilot, GE announced an investment and licensing deal with the start-up for smart grid analytics in March.

GE started leveraging its open innovation challenges in 2010 and has now partnered with 15 environmental and health start-ups. The start-ups get commercial and technological support under a group Comstock manages called GE Ventures. Alliances are key because while GE operates a pipeline for internal innovation projects, candidates typically need to show $100 million of revenue potential (over three to five years) to win and maintain support. “Scale matters a lot to us,” says Comstock. “It’s hard to do both speed and scale well. Start-ups have great ideas and work fast while we have access to markets and great technology.”

GE also generates ideas through a global insights network that invites professors and other experts to campus to discuss cutting-edge topics like robotics. “We look for the most disruptive people we can find,” says Comstock. “We don’t want to think too traditionally. We have had to open up a lot more.”

“It’s hard to do both speed and scale well. Start-ups have great ideas and work fast while we have access to markets and great technology.”

Digital technologies are pushing GE in new directions. Comstock estimates she spends 40 percent of her budget on digital marketing. Over the past two years, GE has ramped up its video content in particular, hiring boutique agencies like The Barbarian Group to create short yet captivating clips about GE manufacturing and products.

Some of the videos explore GE systems and factories in artful ways while others thrill with extreme science stunts, such as dropping a robot off a wind turbine. BBDO remains GE’s advertising agency of record but Comstock says GE values small agencies’ willingness to take risks. “The Barbarian Group are great storytellers,” says Comstock. “They can translate stories that might otherwise be boring and technical. You don’t have to be a scientist to love these videos.”

Social technologies have also altered the way GE interacts with its customers. The company is active on Facebook, Google+, Instagram, Pinterest, Tumblr, Twitter and YouTube. GE calls Facebook the “hub” of its social experience. The site is home to more than 30 GE pages as well as its social health and fitness app, HealthyShare. On Google+, GE posts pictures, videos, and quiz questions relating to its industrial products, zeroing in on the service’s digital-savvy audience. On female-focused Pinterest, GE “pins” upbeat, health-related quotes and kitchen appliance photos. YouTube, of course, is GE’s video base with dozens of clips ranging from Barbarian-produced web shows to researcher interviews to TV ads.

Indeed, GE produces so much content across these sites that it calls itself a “digital factory.” For Comstock, this media convergence and blurring of roles is another 2013 trend. “The idea of an ad as a separate entity is fading fast. Brands are content publishers and consumers are, too. The days when we had separate swimlanes are over.”

Considering its size, GE was a surprisingly early adopter of social. Nevertheless, Comstock is wary of fads: “There are concepts out there people grab onto. You have to be careful of chasing the hot thing,” she cautions. When Comstock tries new tools, she tracks engagement metrics to assess whether the technology is relevant and scalable. Instagram is one social tool that passed her test. GE started using the photo-sharing app as an experiment.

Today, nearly 150,000 people “follow” GE’s photos of engines and power modules on the mobile social network. Like their web videos, the pictures let GE connect with technology enthusiasts. “Instagram is a way to go into our factories and get shots you wouldn’t normally see,” explains Comstock. “We’re targeting the inner geek in everyone. Most people want to know why things work.”

Comstock has that inner geek, too. Studying science instilled a lasting interest in global ecosystems. As a Biology major at the College of William and Mary, Comstock once planned to become a doctor and she still views herself as a behaviorist: “I can get very focused on how people are using technology. Is it making lives better or worse? How is technology going to change how people act? That part of biology appeals to me.”

Comstock’s studies will soon extend to machines as GE brings social to inanimate objects. One of the company’s biggest growth strategies–and challenges–in 2013 will revolve around what they are calling the “industrial internet.” Known more broadly as the “Internet of Things,” the industrial internet involves applying digital and social technologies to machines to predict and prevent problems and increase productivity. In the future, GE’s MRI machines, jet engines, and gas turbines will all be wired.

The company plans to integrate content related to the Industrial Internet into existing initiatives like Ecomagination and Healthymagination. That could mean GE-generated news articles, infographics, or data visualizations of industrial internet topics, plus apps and multimedia projects, too. Imagine a YouTube video that shows how remote monitoring of a GE transformer prevents power outage during a storm. The key for Comstock is that “the Industrial Internet involves all of GE and goes beyond GE.”

It also points up another of her 2013 trends: Business is social and social is no longer limited to personal connections. “We’re working aggressively to link machines and people so businesses can be more productive,” Comstock says. “You’re going to see machine data and people interacting in real time.”

For example, GE recently hooked up one of its GEnx engines to Salesforce’sChatter software. The Boeing Dreamliner jet used the social platform to “speak” status updates to Japan Airlines service teams and GE engineers. The innovation should increase fuel efficiency and engine reliability, aiding on-time arrivals.

GE is making a big bet on the Industrial Internet, and will be promoting it to everyday consumers even though its services are geared to corporations, institutions, and agencies. Indeed, the broader marketing push has already begun. Over Thanksgiving, GE rolled out a new ad campaign, Brilliant Machines, to introduce the Industrial Internet to consumers. A traditional TV spot saw famous machines like KITT and the Mars Curiosity rover making a pilgrimage to GE HQ to be hooked up to the Industrial Internet. Online, there were promoted social media posts and a Brilliant Machines Tumblr. The point, says Comstock, “is to be relevant. It’s important for us to tell a story that connects in the consumer marketplace.”

That story is remarkably consistent worldwide. GE cleaves to a core branding message and framework but permits regional customization. The company’s current corporate storytelling platform, GE Works, highlights GE products while emphasizing their impact. It’s a global initiative, says Comstock, but in Brazil and India, for instance, the company hired local artists to tell GE Works stories in their own style. These print and outdoor ads varied in appearance but still focused on GE’s technology and influence on the world.

During 2013, GE’s marketing became even more global. Besides China and Africa, Comstock is excited by prospects in Indonesia, Latin America, Myanmar, and Peru. Wherever GE goes, Comstock will be there, on the ground and on the hunt for new products and markets. “Sometimes marketers get accused of being too academic,” she admits. “But although a consultant might be able to tell me about something, I prefer to see it myself. Experts can help translate, but being there is essential.”

This article was written by Elizabeth Woyke and originally appeared on thinkwithgoogle.com 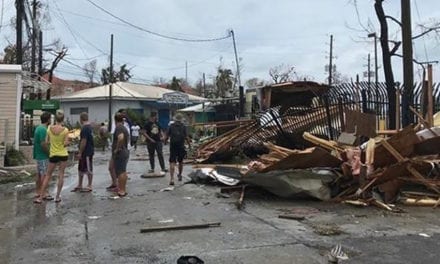 Nearly 4 Million Americans Are Being Held Hostage by Violent Forces 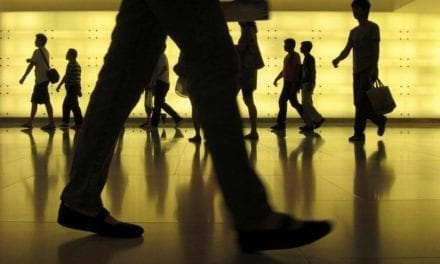 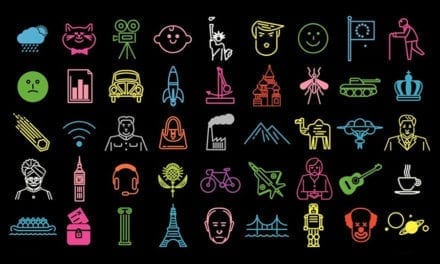 The World in 2018: Key Global Themes to Watch 10 Reasons Why Pope Francis is a Real Leader