Constructive Irreverence: A Cure for the Status Quo?

If we’re going to solve some of our wicked problems, we’ve got to be able to disagree with each other without digging our heels into holes so big we can’t see over the mound of dirt.

Many aren’t even willing to try to listen to another point of view. And, the pressure for political correctness means the fear of offending is much stronger than the desire to alleviate suffering, inequality or injustice. Look at the US government, our businesses (‘social’ or not), our communities, our families!

In last September’s Convocation Address, the new president of Brown, Christina Paxson (pictured above) urged students and faculty to exercise Constructive Irreverence. She asked them to “Take a hard look at the assumptions, the status quo… to challenge what they think their preconceived notions are… to question the world and how they can make it better… [to use their] unparalleled independence [in a] thoughtful and responsible manner.” She warned them that impertinent criticism “Will obstruct your ability to learn and ultimately limit your ability to affect change in the world.” Some people think it takes courage to stand up against the status quo. I’m not really sure. Sometimes I think it takes more of a different sort of courage to stand with the status quo.

Chris Paxson explained further: “Anyone with the temerity to articulate an opposing view deserves to be treated with respect… The ability of men and women to think independently and with open minds was integral to the spread of the abolition movement that changed the world for the bettter. This lesson is as relevant today as it has ever been.” How true! Admittedly, I was born with a double dose of the “challenge status quo” gene.

It comes quite naturally and rarely tactfully, so I’m speaking to myself, not just to you. As I’ve gotten older, and appreciated how slippery the status quo slope can be, I hope I’ve become more open-minded, more willing to listen, to appreciate, to understand, to disagree with the opinion without also disdaining the person and less willing to allow the divergence of opinion from blocking real, maintainable and needed progress.

I remember the premier of the musical Les Misérables. Having how see the movie twice, it seems so painfully relevant to our world. Javert, a prison guard, and Valjean, a former prisoner, play a game of cat and mouse for decades. Valjean was shown grace and forgiveness by a bishop, changing his life from hate to compassion. Javert committed his life to the Law.

In the end, after Valjean saves Javert’s life, Javert kills himself. Why? Beacuse he couldn’t handle a changed world. In a misérables way, Javert preferred bondage to the Law than freedom of forgiveness and grace: “What sort of devil is he to have me caught in a trap and choose to let me go free…Vengance was his and he gave me back my life! Damned if I’ll live in the debt of a thief! Damned if I’ll yield at the end of a chase… How can I now allow this man to hold dominion over me… He gave me my life. He gave me my freedom… And must I now being to doubt, who never doubted all these years? The world I have known is lost in shadow…” Enough is enough.

It is time for us to practice Constructive Irreverence. If our children are being taught to do so, it is incumbent upon us to try as well. In fact, it is our duty. It directly affects the world we leave them and the role models we put before them. So, this day, this week, this month, find an opportunity to be Constructively Irreverent. And then find another. 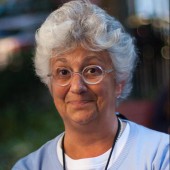 Mills-Scofield is a partner at Glengary LLC, an early stage venture capital firm in Cleveland, OH, and an innovation and strategy consultant. Her patent from AT&T Bell Labs was one of the highest-reveue generating patents ever for AT&T & Lucent. She's a Visiting Scholar at Brown University and teaches at Oberlin College.

The Dark Side of Leadership

How the Coronavirus Could Lead to a New Renaissance

Why the U.S. Should Grant Edward Snowden Amnesty