Charles Marlow, the fictitious steamer captain from Joseph Conrad’s late 19th century novella Heart of Darkness was drawn to the vast “blank places” on the map that surrounded the Congo River. Today, the Democratic Republic of Congo (DRC) is no longer a blank place on the map, but it’s still a land gripped by instability.

It is also where China has a choke hold on the world’s supply of cobalt. That poses a real risk for tech companies that rely on cobalt for lithium-based ion batteries.

Under the right circumstances, the combination of democracy and capitalism can lift humanity to a better version of itself. Those circumstances have never been present in the DRC. Since King Leopold II arrived from Belgium in the late 1800s, being born in the Congo has offered few blessings. In 2016, the United Nations ranked the DRC 177 out of 188 in their far reaching Human Development Index.

Cobalt has been as much a curse as boon for the DRC. When state-run mining collapsed in the war-torn country, unregulated “artisanal” mines filled the void. These mines are often dug by hand in terrible conditions, far too often by children. By UNICEF’s estimates, 40,000 children work the cobalt supply chain. Amnesty International now considers cobalt a “conflict mineral” and title of the organization’s 92-page report on the mines evokes King Leopold’s ghost: “We die for this”.  Sadly, these are the “good jobs” in the DRC.

Although the Dodd-Frank Act does not yet list cobalt as a conflict mineral, U.S companies recognize the moral hazard. Earlier this year, Apple stopped sourcing hand-mined cobalt from the DRC and Tesla pledged to source its cobalt from North America. Unfortunately, finding a conflict-free supply is next to impossible. Cobalt sourced from artisanal mines is too easily mixed with large scale operations. The bigger problem for tech investors, however, may be Silicon Valley securing any supply at all.

Last year China made the biggest private investment in the DRC’s history, when China Molybdenum announced it was buying U.S.-based Freeport McMoRan’s stake in the Tenke copper mine for $2.65 billion. Why is copper significant? Cobalt is produced primarily as a bi-product of nickel and copper mining, and the Tenke mine contains one of the world’s largest known deposits of copper and cobalt. In one stroke, China gained control of over 60% of the world’s cobalt supply.

This could be a problem for tech companies. Lithium-ion batteries already require 40% of the world’s cobalt.  For example, cobalt comprises around 15% of the Tesla/Panasonic electric vehicle (EV) battery. That means Tesla would require more than 6% of the current worldwide supply to both meet its pledge to source North American cobalt and meet its 2018 production targets. According to the United States Geological Survey, North America wouldn’t even produce enough for the Model 3 alone.

Keep in mind, Tesla is just one player in the growing demand for EV batteries. Morgan Stanley estimates EVs will represent 15% of the global car market by 2025. Much of that is driven by China which already represents 50% of the global market. By most estimates, China is growing at 200% per year (three to four times faster than the US and Europe). As is the case with most mass markets, China matters.

For now, history is repeating itself in resource rich central Africa.The world is closing in like it once did on its elephant herds and rubber. For the people of the DRC, let’s hope this time, the results are different. And for investors, risk isn’t a blank place on the map. You just need to know where to look. 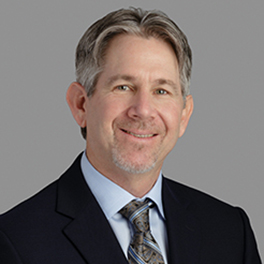