Our Challenge: An Inclusive Innovation Ecosystem

Take a look around you. Everything you see was once a thought, an idea in someone’s head and a desire in someone’s heart. Even you! Now, keep looking around you and pick an object, any man-made or woman-made object. Imagine being the person who had the original idea to create something like this. Did she or he have a reaction to a frustrating problem and made them pursue a solution? What was his or her driving need? Something in their environment either necessitated them to invent or provided an opportunity that materialized this innovation. Something in him or her made them ask: “What if?” Or “Why not!”

Maybe those questions resulted in an improvement of something we humans have used from the beginning of the times like the chair you sit on. For example, maybe he or she invented the chair with four legs. Or maybe it was something that disrupted the old ways of doing things and transformed how we are operating today – like the smartphone in your hand. Humans are geared toward renewal; we get excited about new things, gadgets that make our lives easier and widgets that are responsive to the needs of modern times. This is what keeps our economies up and running.

However, this creation process can be a long and arduous journey. More often than not, the ideas people have, never see the light of day because inventors or entrepreneurs run out of money, health or other resources before they can capitalize on the market. Since we have this remarkable gift to manifest what we think, doesn’t it make sense that we use that power for good? Most people say they want innovations that sustain the human spirit and the environment, create social justice and peace.

People often quote these as their values. I rather regard them as “aspirations” because when I do “the values test”, it is obvious we do not actually value these as much as we aspire to them. To test what our guiding values are, we must be honest about allocation our most valued resources: how we use our time and invest our money. As a result of our societal values many of the modern inventions have come from the war industry – even the Internet was born at DARPA, the Defense Advanced Research Projects Agency, an agency of the United States Department of Defense responsible for the development of new technologies for use by the military. Unfortunately, it also looks like we are on our path to innovate ourselves out of sustainability by creating stuff that poisons us and our planet.

Some of us wonder whether it would have made a difference if women had been more involved in the innovation process in the past centuries. Around the world, the efforts to increase girl and women’s participation in the STEM fields Science, Technology, Engineering, Math) will hopefully change the fact that only 10 percent of Internet entrepreneurs across the world are women *1). Or that women are just 12 percent out of the video game developers *2), or that only 7.5 percent of the US patent holders and just 5.5 percent of those who hold commercialized patents are women *3). Venture Capital and even conventional small business loans are still only trickling to women’s ventures. Researchers *3) recently claimed that if we eliminated the patenting shortfall of women who hold science and engineering degrees, GDP would increase per capita by 2.7 percent!

This is a compelling macro-economic reason to create pathways for women to innovate and patent their inventions. This is also why the Converge@Seattle Innovation Summit is going to shine a special light on how women and men are experiencing the challenges as participants and contributors to the innovation ecosystem.

It is time we take on the “No Brain Left Behind” campaign and include all brains – independent of the color, gender or age – in working towards equitable prosperity through human ingenuity. As long people are curious and keep asking “What if? “ with the “Why not”-attitude there is hope for us and our planet. 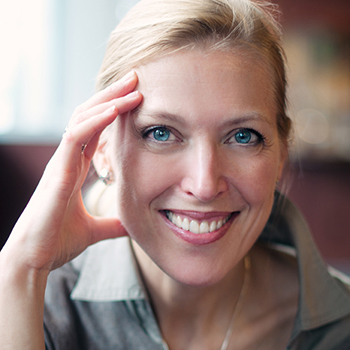 Kristiina Hiukka is a founder of the Women in Innovation Summit 2012 and co-founder of the Converge@Seattle Innovation Summit 2014. Her interests are innovation, leadership and gender intelligence. She is the author of two books, "Write Life Diary: Write your Life from Good to Great" and a Finnish textbook, “Merchants of Knowledge.” She is Vice Honorary Consul for Finland in the state of Washington.