Can You Hold Yourself to a Higher Standard Than Self-Interest? 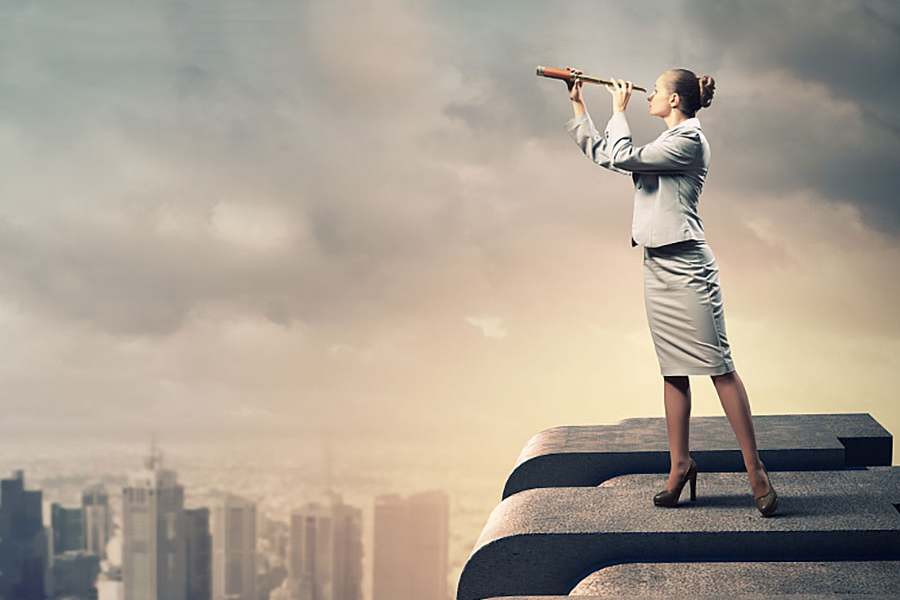 Business is bad. I am not referring to financial performance but rather moral performance. Capitalism is amoral. It has no intrinsic moral agenda. You can start an enterprise that makes boatloads of money selling cigarettes or selling treatments for the lung cancer it causes.  Actually both these business models are currently thriving. And as far as most Wall Street investors are concerned there is no distinction between a business whose product is designed to kill people and a business whose products are designed to save people.

How did we get here? According to the patron saint economist of modern capitalism, Milton Friedman, the purpose of business is to make money as efficiently as possible. And that’s it. According to his doctrine the only ethical obligation a business leader has is to his investors. Friedman proclaimed the glories of amoral self-interest in a series of PBS programs that aired in the 1970s.

His ideas transformed our MBA schools and sanctified the dogma that “greed is good.” So how is this working for us? Obviously some people at the top of the capitalism food-chain are doing spectacularly well. Today’s radically materialistic capitalism  also justifies workplaces in which employees have no job security, no earned retirement, and are continually told to do more with less. Business leaders have harnessed tools of modern technology to keep their employees working from dawn to midnight.

We are told that our life-balance has become both silly and irrelevant in our highly competitive economy. So get over it…“do whatever it takes.” Yet many of the same companies make so much money that they literally don’t know what to do with it. So activist investors insist leaders use the profits you gave your nights and weekends for to buy back their company’s stock.

This is simply a magic trick to try to temporarily increase the stock price so that short-term investors can cash out. How could this happen? I spent over three decades advising CEOs and executives of large publicly traded corporations. So I believe I have an answer to how it happened. It’s called Hard Power. Here’s how it works. Brain research that correlates personality types with neural networks reveal that the mental model of highly competitive people tends to focus on power, status, control and self-interest.

The areas of the brain that evaluate stimulus and drive action of hard-charging, self-focused people light up when opportunities for personal gain are detected. This focus is a significant advantage in hierarchical organizations. Since hierarchies concentrate power in the few people at the top, people who are power-driven tend to succeed. Put simply, most business organizations are rigged to reward self-centered, status seeking, goal-focused individuals. This is not a criticism. It is a description of reality. The advantage of highly competitive people is their mastery of hard power.

Hard power concentrates energy on goal setting and accountability. The most motivating goals are tangible…achievements that can be easily measured. And there is nothing easier to measure than money. As long as we cling to the insane idea that the primary purpose of business is to make money hard power leaders will define our future.

I am concerned that the myopia of hard power thinking will make the world more dangerous and less sustainable than it needs to be. Technology is the wildcard. Today, technology allows the destructive forces of what used to take thousands of people to do to be concentrated in the hands of very few. I’m not just referring to terrorism but also the fate of our entire international financial system, energy grid, clean air, plentiful water, healthy oceans and all of the rest that underlie our quality of life.

It’s simple. We are more interdependent now than ever before in history and the flaws of hard power and an amoral view of business creates unprecedented personal vulnerability.

So, what’s the solution? Well it’s not soft power. Soft power is rooted in co-operation for mutual benefit. It relies on empathy, collaboration, inclusiveness, open-mindedness and an active interest in the well-being of others. Personality studies of soft power oriented people show they are most interested in helping others achieve their goals. They also want to relieve suffering and solve problems.  In most organizations soft power people are found in mid-level management. Hard power people make the goals and soft power people help them achieve them.

Soft power people remain stuck in middle management because they are lousy at speaking up, advocating for their self-interest and pressing their agenda.

Often they feel victimized and overwhelmed. Many soft power people fall into the trap of “learned helplessness,” mal-adapting to an ever-decaying status quo. It shouldn’t surprise you that developmental brain research indicates that most men are primarily wired to use hard power and that women’s brains are designed to rely on soft power. Although we don’t know for sure, it appears that about midway through gestation a typical male baby’s developing brain becomes bathed in testosterone which pre-wires later cognitive development for linear thinking, competitiveness, self-interest and struggles with impulse control. Female baby’s brains are bathed in estrogen which appears to trigger their brains to develop more holistic thinking patterns, long-term thinking, empathy and collaborative intelligence. (Although this is not settled neuro-science it sure explains a lot.) When you look at the design advantages of a typical female brain; holistic, long-term, empathetic and collaborative, you can immediately recognize the inherent leadership advantages these abilities bring to modern business organizations. Unfortunately, I found that much of the time these advantages go unrewarded.

This is not some ivory tower theory. I’ve been successfully helping women advance into the highest levels of business leadership for over two decades. I usually do this through one-on-one leadership development. But it is not enough. I have a front row seat to the advancing descent of un-inspired business leadership and the frustration of aspiring women leaders who were being told that to be successful they must become like men.  Although Sheryl Sandberg has made a great commercial success of her “Lean In” advice to women which is that they should just ‘man up,’ I have yet to speak to an audience of women who believe it is realistic or desirable. So what we have is confusion. It seems that many women aspire to power not to change things but to succeed in the system that is giving us the world we already have. I am concerned that I do not hear often enough the idea that if women ran things, things would be better. There seems to be a wavering confidence in the unique mindset that women bring to setting higher goals, a balanced work-life and accepting the mantle of moral authority.

I believe that we are at a major turning point.

The purpose of business can be forever elevated as a means to improve the quality of life of everyone–customers, employees, suppliers and communities.  In a sane and sustainable world, profits should be a byproduct of genuine value creation.  I believe that women are naturally designed to be the new voice of business leadership. Not one that mimics the shortcomings of hard power but rather the amplifier of Smart Power.  Smart Power is the synthesis of the strengths of results-focused hard power and human-focused soft power. So no, I am not advocating for all women leadership teams. The best leadership teams I coach have a healthy balance of strong men and women who respect each other’s values and viewpoints in the pursuit of human-centered innovation…value that matters to people. I am not an unrealistic dreamer.

A great team of women clients and I recently led our first Leadership SPA (Smart Power Academy) for 33 women leaders from major organizations.  It was designed to be visionary and career changing as well as practical and realistic. What happened was something far greater than I anticipated.  The combined energy of these leaders created individual strategic aspirations and career roadmaps far more powerful than anything I could’ve anticipated. This same team of women is getting together in a few days to forge a path forward.

I don’t exactly know what the future will bring but what I do know is that as a global society we simply cannot keep doing what we have been doing. And I sincerely believe this. To go in a higher direction we need women leaders to bring their vision forward and insist that we hold ourselves to a higher standard than self-interest.

There is no better time than right now. (NOTE: I’m in the final stages of writing a new book titled Why We Need Women to Lead. This blog, except for the last paragraph, is a draft of the introduction.

Some of you may be familiar with the essence of the content from my blogs and speeches. I would appreciate any input you might have.) 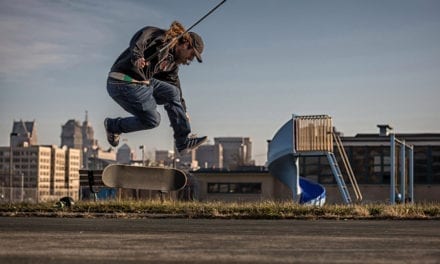 Blind Skateboarder Dan Mancina on His New Vision For The World