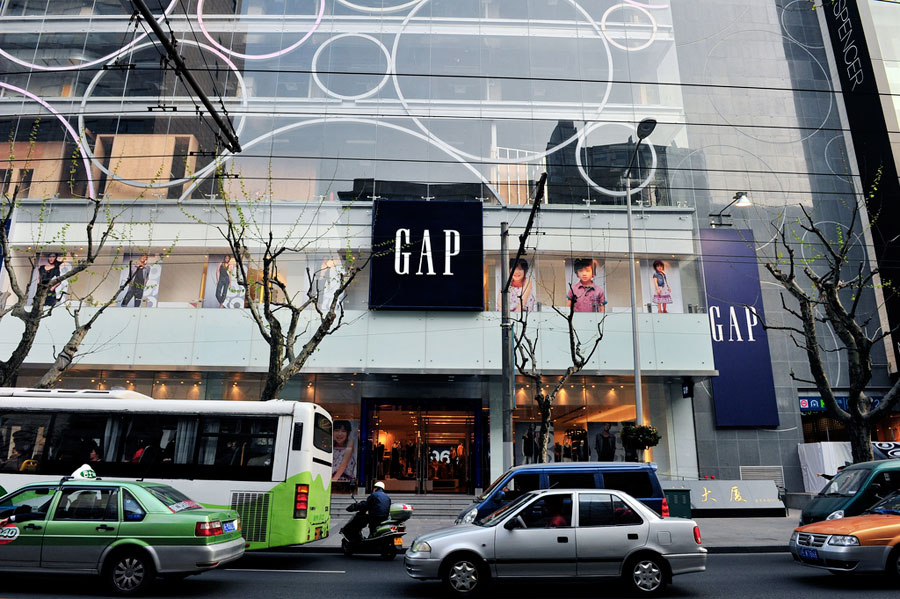 I’ll begin with something very positive. There are leaders today of very large enterprises who are motivated by moral ambition. There are. Just last week at the conclusion of the meeting I was having at Gap’s headquarters in San Francisco, CEO Glenn Murphy showed up. Remember, he’s the CEO who boldly decided to increase the minimum wage of Gap’s retain workers to $10 an hour. This is not a small decision. It affects tens of thousands of workers.

On the other hand, it was not a hard decision. Not for Glen. The reason is, that at its root, it was a moral decision. It was the right thing to do. Of course Gap had to defend the decision to Wall Street on practical grounds that this would give them an advantage in attracting and retaining the best workers which would save them more money in recruiting costs than it would cost them in wage increases. This is undoubtedly true.

It’s well known that there is a direct connection between highly paid front-line workers and profitability.

Costco, Trader Joe’s, The Container Store and In-N-Out Burger pay their people more and their people are far more productive and profitable. A thousand years ago when I was growing up, my mother taught me to always do the right thing. My father taught me that the right thing was always the smart thing, at least in the long run. My father was not a timid man. He was a genuine John Wayne cattle rancher.

He was loaded with moral courage – tough as nails, yet kindest to the people who are having the hardest time. No, you don’t have to be a sissy to do the right thing. After years of leaking market share, Murphy has turned Gap around and doubled the stock price. He did this through a lot of hard-nosed operational efficiencies and challenging his leaders to reenergize the design ethos of the clothes the make.

And speaking of making clothes, Gap takes a lot of heat for the contract sewing factories in Bangladesh and Southeast Asia that feed their stores. And I think the heat is good. It’s purposeful. It’s consumers that are driving capitalism to a higher consciousness.

It is consumer demand for moral working conditions that give leaders of global enterprises the business reasons to “do the right thing” for their investors.

So Gap is not perfect and, like the rest of us, neither is Glenn Murphy. I bring them up because I worked with them for many years and although I’ve moved on to other clients, I still admire them because there is a moral ambition that permeates their enterprise. I’m convinced that’s true because genuine empathy runs through their culture like blood that takes oxygen to your brain. Gap is of course loaded with women leaders and managers. They also have recruiting assessments that favor both men and women with higher empathy – not a bad idea for a consumer business.

The bonus you get with empathy is an active conscience.

The common commandment of the 17 largest religions in world is the golden rule: Treat others the way you’d like to be treated. That’s pretty simple. Also pretty rare… at least in business. It shouldn’t be. Think about it. When CVS recently announced it would no longer be selling cigarettes and tobacco products (losing $2 billion in annual sales) people were freaking out in total amazement. Really?

The golden rule would ask: would you want your son, daughter, mother or father to buy all the products we sell?

If not, you’re selling the wrong products. You’re selling bad products, and in many cases, products that hurt people. Let’s all see it for what it is… it’s just wrong. The screwed notion that just because something is legal makes it okay is the prescription for the morally whacked-out business world we’ve created. A few years ago, I did something interesting while consulting with Johnson & Johnson. Now that is a company filled with well-meaning people.

And ever since Jim Burke, their CEO in 1982, unilaterally pulled Tylenol off supermarket shelves because it might have been poisoned, it was a company with a strong moral compass. Unfortunately, when I was working with them they had decided to fire most of their quality control experts because their current leaders claimed, “quality is something everyone is responsible for.” The result was that the manufacture of children’s Tylenol contaminated with infectious bacteria, metal and pesticides. It happened because their factory managers completely lost control of cleanliness and quality.

The people at J&J that I worked with were so embarrassed that a company whose missions is to heal people was actually making products that could hurt them. How did it happen? Well lots of people quit asking themselves, “Would I want my children to be taking the medicine we are making?” Golden rule stuff. And how we come to the managers of manslaughter. These are the leaders who covered up Toyota’s engineering defect that caused spontaneous acceleration that caused hundreds of injuries and fatalities.

They just paid $1.2 billion for lying and systematically deceiving regulators. So Toyota is paying a fine equal to about 6% of their profits and the families who bought Toyotas’s reputation for quality have been permanently devastated by death and injury. The reasons this is so heinous is that their engineers knew there was a problem for years before they were forced to own up to it. I wonder how many engineers wanted their teenage daughters driving Toyotas?

And then we have General Motors who put shabby ignition Switches in the Chevy Cobalt and several other cars. These could spontaneously fail even when you were driving 60 miles an hour down the freeway effectively turning off your car and wiping out your power steering and brakes. It caused air bags to fail during accidents. Again, people died. The engineers knew. The defect was discovered over 10 years ago. They told their managers. It was covered up for financial reasons. And people’s sons and daughters died.

What will happen? Mostly nothing.  But does this make sense?

The Supreme Court declared that corporations are actually “people” and therefore could donate unlimited amounts to get their favorite politicians elected. But evidently corporations aren’t really people at all when those people commit manslaughter. Or when their products, like cigarettes, actually murder people. Then suddenly they are just corporations who have liability shields against criminal actions when it involves killing other people.

If there’s any good news in this it’s that new General Motors CEO Mary Barra is stepping up to GM’s responsibility for their cover up of their killer defects. It’s not lost on me that she’s a woman. It’s likely she has some golden rule empathy. Of course empathy isn’t some rare virtue that only women possess. Brain research simply confirms it’s more common in women than in men.

But the lack of empathy in business leadership is magnified because discussions around the big decision table don’t legitimize bringing up values as simple as the Golden Rule.

We need this to change. Companies run by the numbers create more negative innovations than positive ones. At least in some organizations leaders are getting far more serious about developing relationships with their customers that make them “real.” This is a good trend. It’s only when we take responsibility for the effects of all our decisions that we will stop killing our customers and exploiting our employees.

It’s past time for all of us who are endowed with empathy to have the courage to become advocates of our coworkers and our customers. It is the only path to sustainable abundance.

More than that, as moral beings we need to express our highest convictions to be psychologically healthy. Just before my father passed we had a conversation about facing death. He told me he was “ready.” They said for him a good life is pretty simple, “…love your neighbor as yourself.” It does sound pretty simple. So what do you think?

If you spoke up for the Golden Rule in your workplace would leaders listen?

Would they actually change anything?  Do you think it matters? 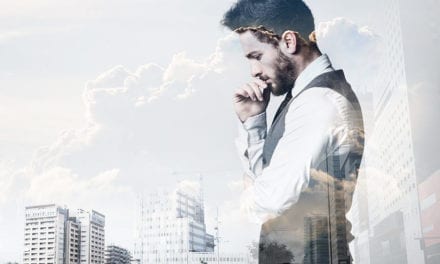 Have You Reached a Point Where Size Doesn’t Matter Anymore? 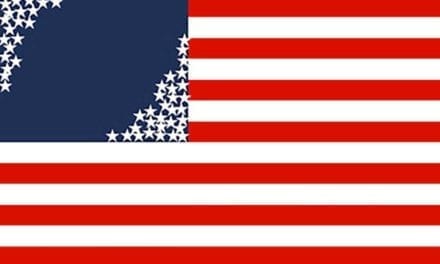 How to Lead a Divided America 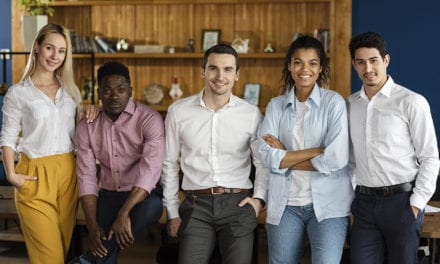 7 Questions to Ask That Will Supercharge Connection Within Your Team 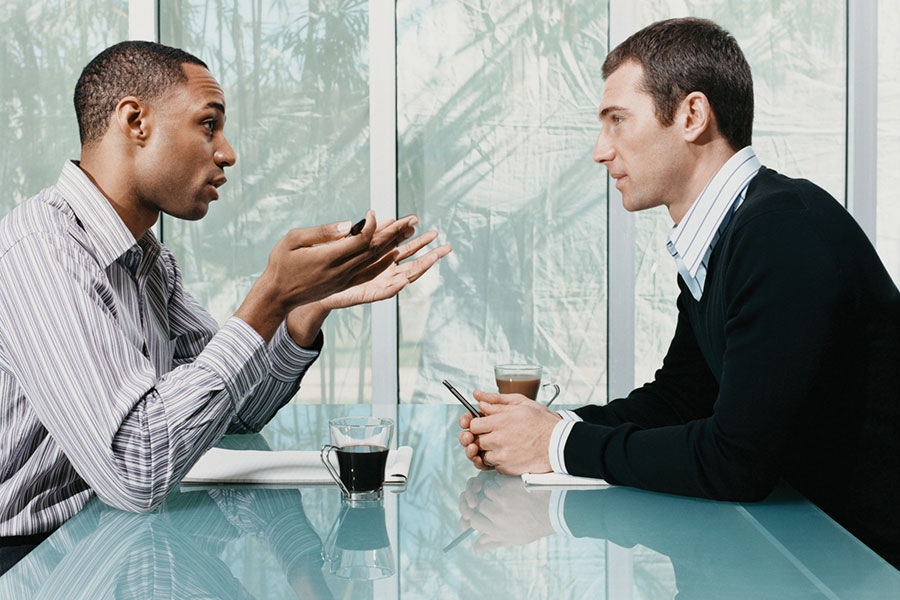