A New Power Broker in the Syrian Conflict: A Nun 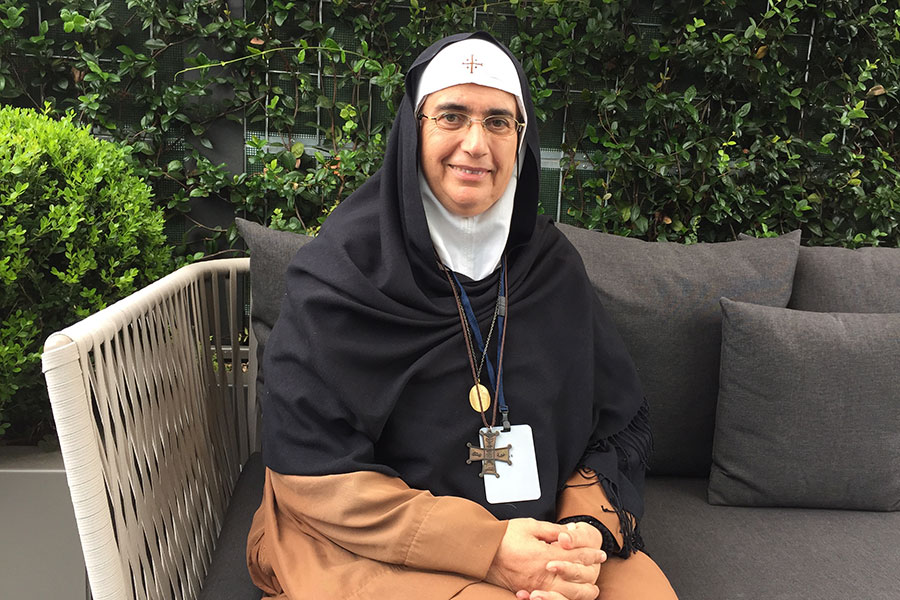 Agnes Mariam de la Croix is the Mother Superior of Syria. Born to a Palestinian father and Lebanese mother, she has worked tirelessly to bring opposing forces together in a country torn apart by sectarian warfare. The country has been the focus of almost daily news for five years and de la Croix has been at the forefront of reconciling Christian, Muslim, Sunni and Shiite populations. Real Leaders spoke to her about the origins of the current religious conflict and her views on solving it.

There’s so much violence and conflict in the Middle East, which seems to originate from religion. Religion is supposed to be a force for good, so how do you convince people with two different belief systems; each believing they’re right, to work together?

I think that this struggle between civilizations and religions is artificial, because in the Levant (Syria, Lebanon, Israel and Jordan) we’ve been living together for centuries in an inclusive society. There was never a problem among the different religions. Obviously individual problems here and there couldn’t be avoided sometimes. Religion has been used as a tool of manipulation, destabilization and of divide and rule. Religious discrimination is a tool of war that is used to destabilize and create chaos.

So it’s more about politics and not religion?

Yes exactly. As a child I had a Muslim nurse who raised me. She taught me to pray as a Muslim before my mother even taught me to pray as a Christian. This was not a problem. There was no need for any explanation between us because our religions are cousins. We belong to the same ethnicity, the same tribe. We are of the same family, part Muslim part Christian. Even the Jews are part of us – semitic people that originated from the ancient Middle East.

Can you remember a point in your life where you decided you wanted to make a positive difference in the world?

When I was seven years old I saw some of my friends at school loathing a girl for being poor. The poor were despised because they didn’t have to pay school fees. I decided to be friends with them and I became despised too, but I was very proud of it. Since then I haven’t cared if I find myself on the wrong side of society.

What role does the Mother Superior of Syria play? How do you use your influence for good?

As a religious community we’re multi-national, consisting of nine nationalities. Since the beginning of the tragedy in Syria everyone has been free to return home if they wanted. Everyone decided to stay and work in a very participative way with the crisis. We’re always in harmony with our decisions and we don’t take individual action, we take action together.

Although I’m the Mother Superior, I follow the vision of my community. Importantly, we have adopted a position to not become politicized, but to rather become mediators and foster dialogue.

We are a contemplative community and don’t have any orphanages, schools or hospitals. We work on a spiritual level. Direct community help has never been our main goal, but the Syrian conflict changed all that. As Christians, the Lord asks for us to be in solidarity with those who suffer, so our plan of action was to shelter refugees, raise funds and offer humanitarian aid. We have now become one of the most active and efficient private organisations in the country. We have also negotiated many of peace deals and ceasefires because of the trust we have gained.

Christianity is all about forgiveness. If you had to say something to ISIS what would that be?

For me ISIS is not the problem, the “godfathers” of ISIS are. These are the global powers that allow these fighters to move. They don’t just come from nowhere; they come from 89 countries and pass through international airports. It’s not a few either, more like 200,000. Don’t tell me the international intelligence services don’t know how these people move around. I look quite severely on these “godfathers” who ignite a fire and then say they will come and extinguish it. It’s hypocrisy.

Is this a global ideological battle where the battlefield just happens to be in Iraq and Syria?

No, it’s simply a quest for resources and benefits. It’s not even an ideology. Ideology is a tool that has been created, and it’s not coming from anything in Islam. I know Islam can be fundamentalist, but so can Christianity – we’ve had The Inquisition and wars for hundreds of years. But what’s happening in the Middle East is international manipulation. World leaders always seem to choose tools of death that destabilize, create chaos and create collateral damage among innocent people. They also destroy infrastructure – to rebuild it of course. The Syrian conflict is a synchronized international intervention, for unknown reasons and very high benefits. You will see how history reveals everything one day. Things will be declassified, but it’ll be too late.

Today this crisis is in my homeland, but tomorrow it could be yours. What will you do? Why do so few speak out against religious apartheid in the world yet are so vocal about anti-Semitism, racial apartheid and homophobia? Why do we neglect to talk about religious discrimination?

Do you think people are afraid to speak out against religion because it’s seen as holy and not something to be criticized?

Any belief system that poses no danger to other human beings deserves respect, and should be free to practice. The danger arises when leaders or worshipers become a danger to others. When they think that they should kill you because you’re not like them. This must be stigmatized and addressed with international law.

America is one of the most diverse nations in the world representing almost every culture and ethnicity. Why has America developed such a bad image in many countries, especially the Middle East?

I’ve been twice to the United States and admire and love it. But, you need to distinguish between that country’s local, inclusive society, where equality and dignity is afforded to everyone and its foreign policy. America presents itself as a world leader, yet arrives with very heavy boots on the ground, smashing everything with good intentions. It’s become a terrible legacy, and with all respect to the American people, it’s possibly become the bloodiest power in history.

What do you think of Donald Trump?

I haven’t had the time to look him up yet, but I hear he’s a very rich man. I have too many other things to deal with in Syria, where we face death everyday. Four days ago I was on a battlefield where a small community was decimated. Fifty were killed, women and children were abducted and others ran away and were standing in the middle of nowhere in despair. This is what I have to deal with every day.

It must be really tough seeing dead children. How do people cope?

I’ve seen mothers carrying their dead children who don’t have time to grieve. They bury them and rush back to care for the others still alive at home. Life keeps moving on. The world should go to Syria to learn some life lessons; I haven’t seen one mother cursing. There is no anger. I have seen examples of forgiveness you wouldn’t believe. Poor people are really the wisest on the planet and that’s why they will win. 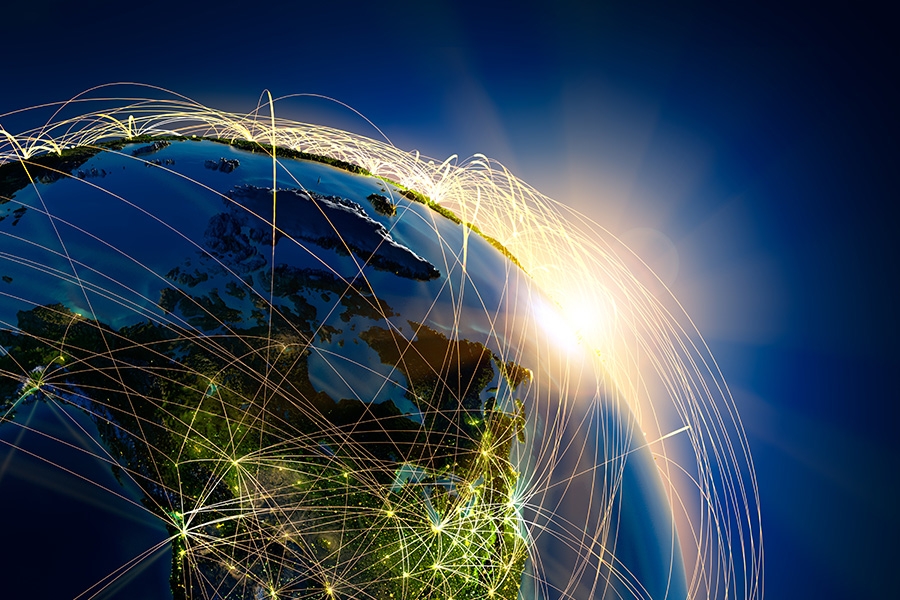 A New Definition of Sustainable Success 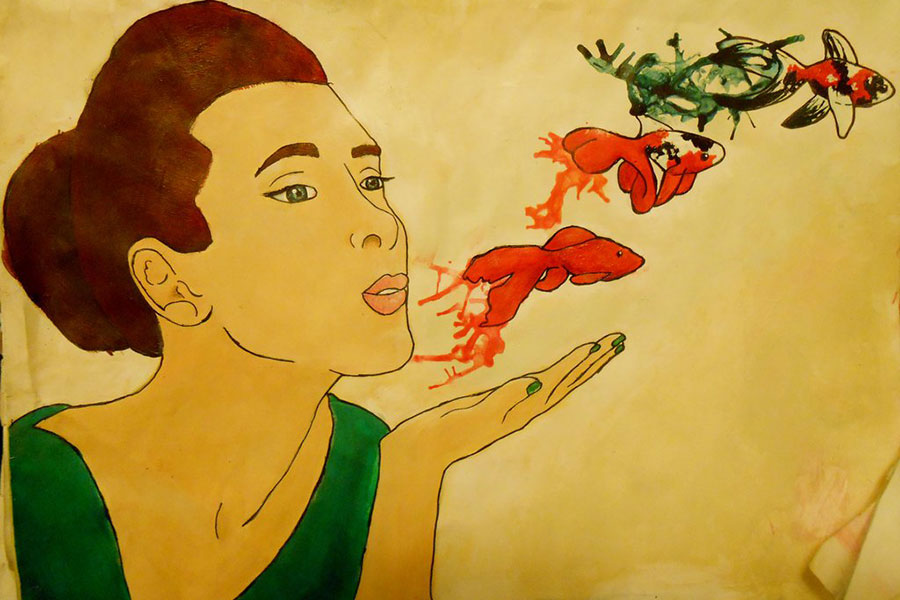 How Breathing Fully Releases Your Leadership 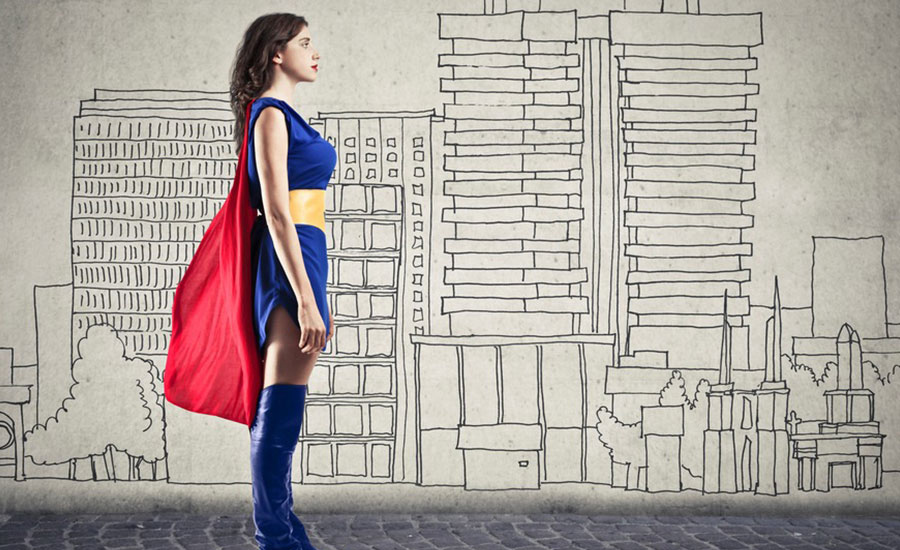 5 Tips For Leaders Who Are Nursing On The Go