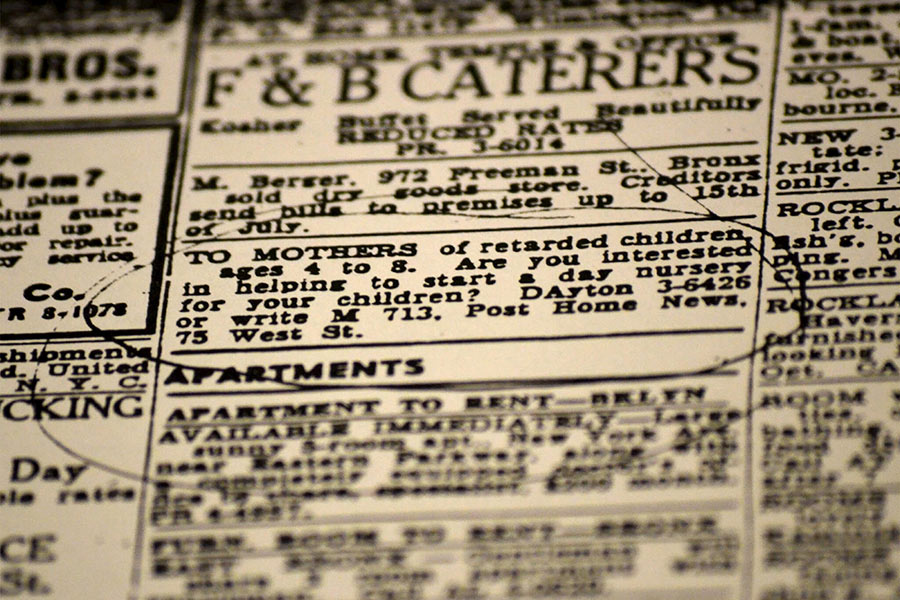 Ann Greenberg could never have imagined the impact of the two-line classified ad she placed on July 9, 1948, in the New York Post. It literally changed lives.

Greenberg, whose son Jerry had developmental delays, placed the ad which read: “To mothers of retarded children, ages, 4-8: Are you interested in helping to start a day nursery for your children?” She received 10 responses. Within a year, through word of mouth and a few newspaper articles, hundreds of families united.

The New York Post ad was just a beginning for Greenberg, who was determined to help children with disabilities and their families. It was the foundation for one of New York City’s largest organizations supporting children and adults with disabilities – AHRC New York City (AHRC NYC). The agency was founded in 1949 as the Association for the Help of Retarded Children.

Seventy years after placing the ad, Greenberg’s legacy continues. AHRC NYC empowers the people it supports and their family members. Today the agency offers an array of services, including preschools, school age, high school and college programs for young adults.

In 1970, the agency opened the first group residence in New York State in Manhattan. It started the first sibling network in 1985 to support brothers and sisters of people with disabilities.

Greenberg, who died in 2006, recalled in a 1998 interview, taking Jerry to the doctor who delivered him. “‘His brain has been injured. He’s retarded,'” the doctor said. ‘”Go home and have another baby.'” She told the doctor that was impossible, as her husband was serving in World War II. She was only interested in helping her baby. The doctor told her, ‘”We can’t help him.'”

With no services available for her son, she launched a letter writing campaign that blossomed into the parents movement in New York City – eventually becoming AHRC NYC. Their children were considered ineducable, and treated as outcasts. The parents supported one another, and worked to provide their children with opportunities to grow.

Gilda Lindenblatt, 80, recalls being the only woman to live in AHRC NYC’s Fineson Residence in Manhattan. She became a staunch self-advocate, making trips to Albany to speak about key issues in the field with legislators. Today she enjoys discussing current events at her day program

Lindenblatt remembers Greenberg visiting the residence on its one-year-anniversary. “She was very nice,” she said, adding that Greenberg asked her to help her in the mailroom at the agency’s central office. Lindenblatt speaks confidently, though she says she wasn’t always that way. “If anything comes to me now, I’ll speak up and say what I have to say,” she said. Greenberg would be proud. 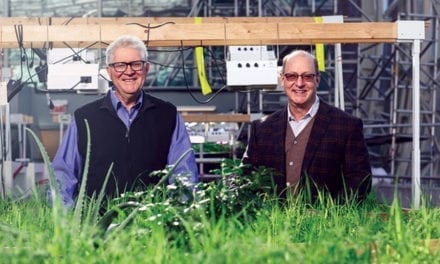 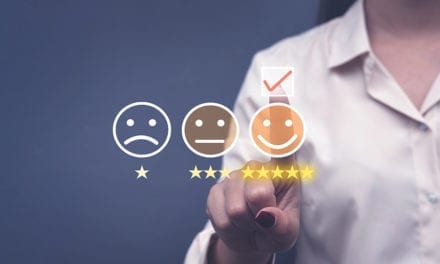 Advice to Jeff Bezos: Want Your Philanthropy to Make a Difference? Do This First 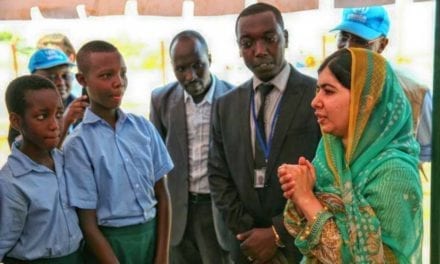